Insanity Wrap needs to know: When mask compliance is in the mid-to-high 90s but the virus is spreading like crazy anyway, is it time to admit that masks aren’t working?


Answer: Lock yourself back in your room with your mask on and don’t come out until next summer, sweetie.

Before we get to the sordid details, a quick preview of today’s Wrap.

And so much more.

An unidentified St. Anthony, Minnesota resident received an anonymous letter on Monday chastising them for their Christmas light display.

“The idea of twinkling, colorful lights are a reminder of divisions that continue to run through our society, a reminder of systemic biases against our neighbors who don’t celebrate Christmas or who can’t afford to put up lights of their own,” the letter, shared by Crime Watch Minneapolis, reads. “We must do work of educating ourselves about the harmful impact an outward facing display like yours can have.”

What kind of moral coward harasses people anonymously like this? Were they expecting some kind of violent reaction from a family that… puts up a bunch of Christmas lights?

This letter is the cheapest kind of virtue signaling, nothing but stock PC phrases sent anonymously to a family for the crime of brightening up an entire neighborhood with a display of their joyous faith.


Insanity Wrap would like to send a short letter back, complete with our name on it: “Sit down, shut up, and enjoy the pretty lights, you moral midget. Also, Merry Christmas.” 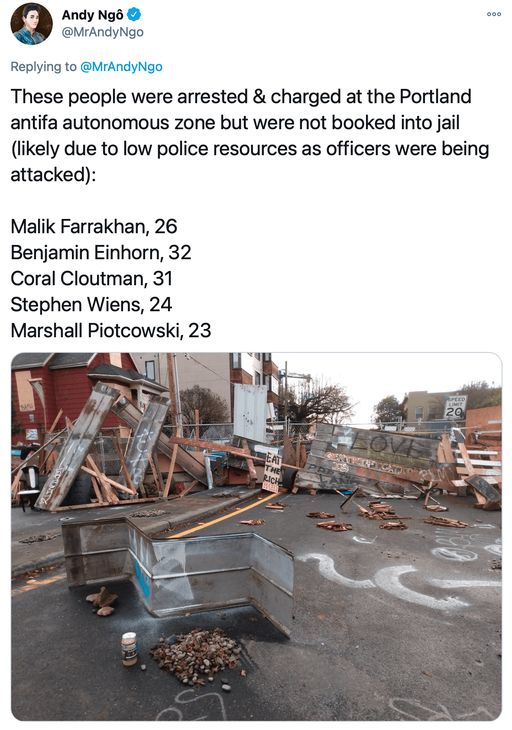 Insanity Wrap would remind you — unnecessarily, we’re sure — that this is how hardcore leftists treat the places they seize.

“We’re in charge now, and everything sucks” doesn’t strike us as much of a sales pitch — but who needs a sales pitch when you have violence on your side?

Trash, graffiti, and intimidation and thuggery for anyone who doesn’t want to go along.

Because of peace and brotherhood, or something.

The Craziest Person in the World (Today)

Everyone is already wearing a mask. They just don’t work.

Today’s craziest person in the world is Jordan Schachtel for daring to use facts and figures when making an argument about what has become a deeply emotional issue for millions of Unhinged-Americans.

Schachtel writes, “The idea that not enough Americans are wearing masks is detached from reality. And we have the data to prove it.”

With the help of the CMU mask compliance tracker, let’s take a look at the current COVID-19 hotspots in the United States and the level of mask compliance within these areas.

The data demonstrates very clearly that Americans have overwhelmingly exceeded the masking compliance percentages needed to supposedly “flatten the curve” and reduce transmission of the virus.


So much more at the link, you’d have to be crazier than Insanity Wrap to miss it.

What we have here in the Wuhan Flu is a very successful virus, infecting many but killing few so that it can survive and thrive by infecting even more.

Meanwhile, we’re wasting the resources we could and should be using to protect those who are most vulnerable.

There’s hardly one bit of our Wuhan Flu reaction that isn’t crazy, stupid, self-defeating, or all three.

Biden struggles once again through his choreographed remarks. pic.twitter.com/MsGuGxJ7Uk

There he goes again, so here’s another quick and dirty Insanity Wrap transcript:

He was a statesman representing our country, skill at, uh, at, at, uh, at, you know, at tables that I’ve sat with him with foreign leaders, and I’ve wondered whether or not he was from the State Department or from the Defense Department.

We think we know what alleged President-elect Joe Asterisk was trying to say here, that Gen. Lloyd Austin could be mistaken for a diplomat instead of a soldier.


While impressive, Insanity Wrap isn’t certain that’s the best kind of person to be put in charge of the nation’s awesome warmaking machine.

Whatever it was Asterisk was trying to say, we can’t help but note that he said it with his most-used rhetorical crutch. Slow Joe is always name-dropping who he’s sat at various tables with, but rarely brags about what he actually accomplished by doing so.

For a well-established lying braggart like Joe Asterisk, that’s quite a big tell.

You make the call!

Being a Cad in the Time of COVID

We reviewed 90 studies and found that due to the virus, and the resultant job losses and mental health crisis, there will be fewer ‘eligible male prospects’.

Competition, as a result, will intensify between women. It’s exaggerating an existing trend. Research has found there was an ‘oversupply’ of successful, educated women searching in vain for a suitable partner.

This situation has parallels in history. In Britain, the Great War robbed nearly a million women of the men they would have married, causing huge social change.

Insanity Wrap feels the need to mention that the Wuhan Flu has had zero negative impact on our employment, and that the prospect of a Joe Asterisk Administration is probably an indicator of increased job security.

Only the Truth Is Funny

More than once, I’ve said “screw the Chinese communists.”

Little did I know how closely Swalwell was listening.

If we cleared all the Democrats out of Washington who are either senile, on the take from Beijing, or penetrated by CCP agents, would there be any left? 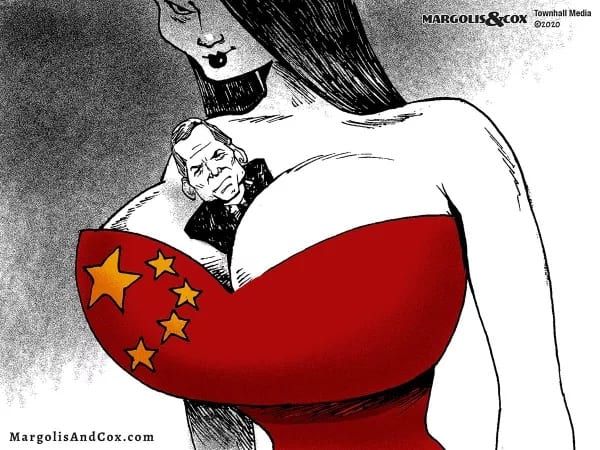 Once again, it’s Margolis & Cox for the win.

That’s a Wrap for today.

Come back tomorrow for another Insanity Wrap…

…assuming we make it that long.