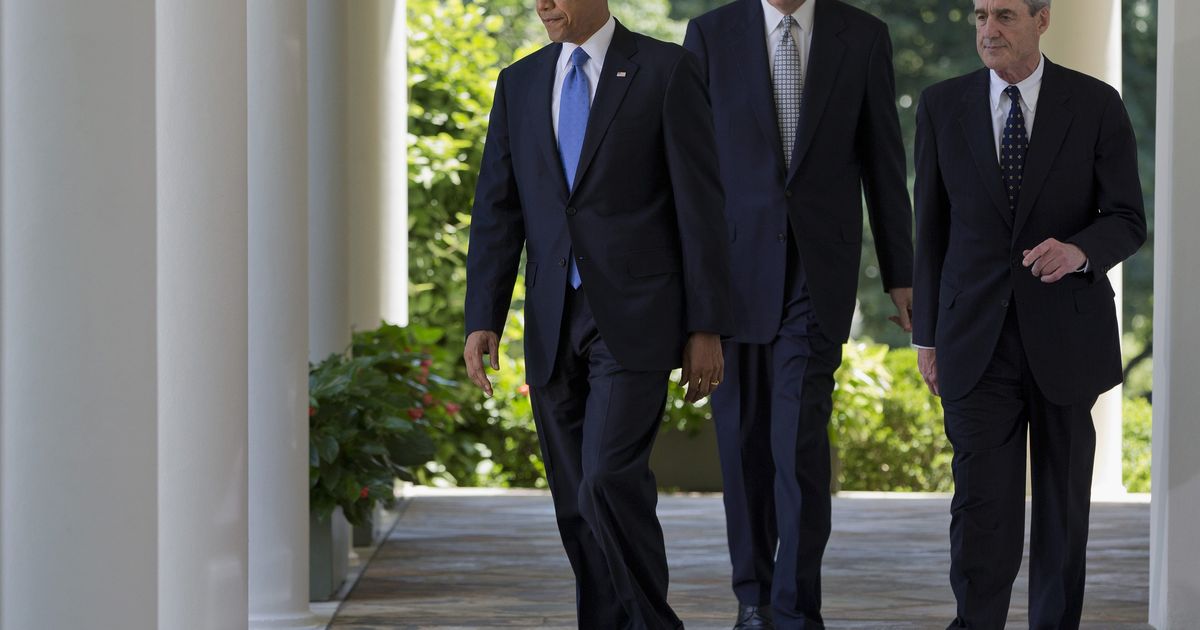 On Friday, Carter Page — the former CIA informant whom the FBI nonetheless targeted for warrants under the Foreign Intelligence Surveillance Act (FISA) — filed an explosive $75 million lawsuit against the key actors in the FISA surveillance scandal known as Spygate or Obamagate. While U.S. Attorney John Durham’s report into this matter is still forthcoming, Page appears to have decided to take matters into his own hands and pursue justice in the courts.


The lawsuit names a host of defendants, including the federal government of the United States, the Federal Bureau of Investigation (FBI), the Department of Justice (DOJ), former FBI Director James Comey, former FBI Deputy Director Andrew McCabe, FBI lawyer Kevin Clinesmith, former FBI agent Peter Strzok, former FBI lawyer Lisa Page, FBI agent Joe Pientka III, and more. These individuals and others have confessed to compiling and approving four FISA warrants to spy on Page despite numerous errors and omissions — warrants Comey and others said they would not have signed, knowing what they know now.

“As a direct and proximate result of Defendants’ actions, Dr. Page suffered harm. He was falsely portrayed as a traitor to his country, lost at least tens of millions of dollars of business opportunities and future lifetime earning potential, and has suffered and will continue to suffer mental and emotional pain for his lifetime, in addition to other pecuniary harms such as costs, fees, attorneys’ fees and other losses,” the lawsuit alleges.

Page’s suit cites numerous public statements and reports into Spygate/Obamagate abuses, including the report from DOJ Inspector General Michael Horowitz, the analysis from the Senate Select Committee on Intelligence, parts of Special Counsel Robert Mueller’s report, and rulings of the Foreign Intelligence Surveillance Court (FISC). These sources “establish that there is not and never was any evidence that Dr. Page acted in concert with Russia or its agents—because he did not—and that the four FISA warrants to surveil him were unlawful.”


FISA requires the government to prove probable cause regarding two elements before it can surveil a U.S. citizen: the person is acting on behalf of a foreign power; and the citizen is engaged in either criminal conduct, sabotage, terrorism, using a false identity, or abetting someone engaged in such activities.

“Since not a single proven fact ever established complicity with Russia involving Dr. Page, there never was probable cause to seek or obtain the FISA Warrants targeting him on this basis,” the lawsuit claims. “The DOJ now assesses, and has formally admitted to the FISC, that with respect to at least the last two warrant applications, ‘if not earlier, there was insufficient predication to establish probable cause to believe that [Dr.] Page was acting as an agent of a foreign power.’

The suit alleges that the federal government and its agents “committed an abuse of process because they acted with an ulterior motive in using the FISA warrant process to accomplish an end unintended and not permitted by law, to wit, to spy on the Trump presidential campaign by unlawfully invading the privacy of Dr. Page without probable cause.”


The lawsuit also notes that FISA makes it a criminal offense to illegally “engage in electronic surveillance under color of law.” Only the government can prosecute a criminal violation of FISA, but this lawsuit should encourage prosecutions.

Page’s fifth claim seeks damages for government actions that would be considered injurious under civil law. The Federal Tort Claims Act states that the United States is liable for civil wrongs “in the same manner and to the same extent as a private individual under like circumstances.”

The lawsuit also raises a claim under Supreme Court precedent from Bivens v. Six Unknown Named Agents (1971). In that case, the Court ruled that a plaintiff is entitled to damages from the individual government actors responsible for violating the plaintiff’s Fourth Amendment right to be free of unreasonable searches and seizures when the defendants act willingly, knowingly, or with a reckless disregard for the truth.

The final two claims seek a remedy for Page under the federal Privacy Act. That act enables Page to conduct a review and to request a correction to Horowitz’s report, and the lawsuit seeks an injunction to compel the government to update Page’s “individual records.” Page’s final claim seeks damages for the harm the plaintiff suffered when he got branded a traitor, along with court costs and attorneys’ fees.


Page graduated from the Naval Academy and served in the Navy from 1993 to 1998. He worked at the Council on Foreign Relations and earned his Ph.D. at the University of London in 2012. Page did not hold a high position on the Trump campaign — he served merely as a volunteer member of an informal foreign policy advisory committee and he never met or spoke to then-candidate Trump.

The FBI and other members of the Obama administration wreaked havoc on Page’s life in order to smear the Trump campaign. Page is right to file this damning lawsuit and he deserves hefty damages. This lawsuit should also open the door for Obamagate prosecutions. It’s long past time these Deep State actors pay for their disgusting abuses of power.

Justice Is Coming: ‘As Many as 16-17’ Obamagate Criminal Referrals Headed to DOJ