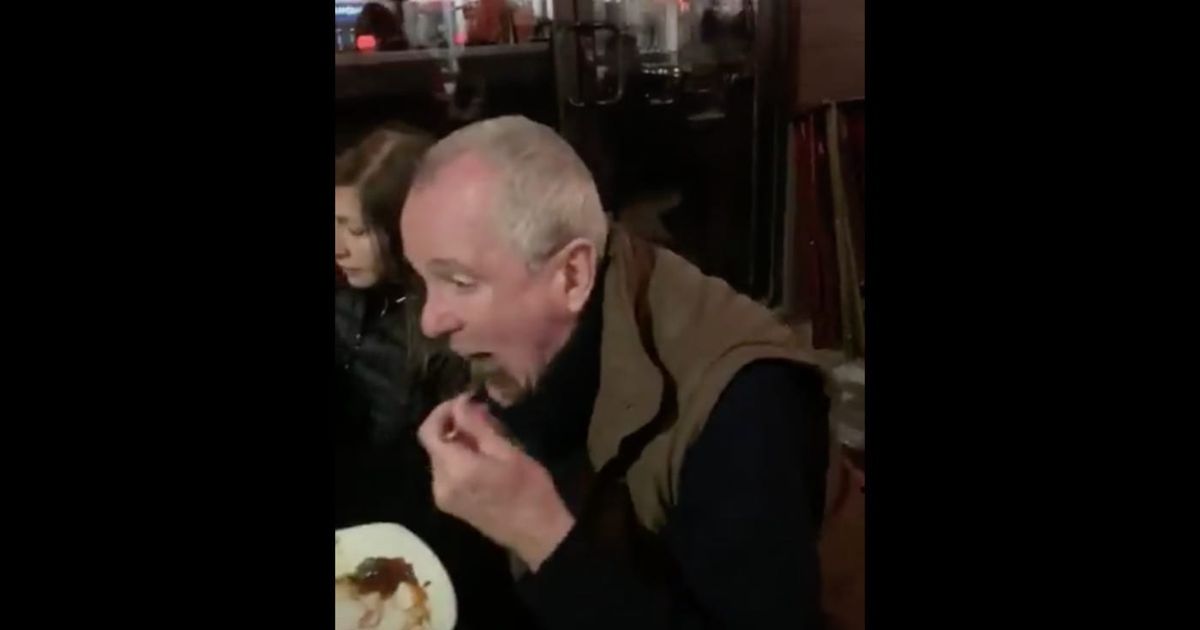 New Jersey Governor Phil Murphy has issued Thanksgiving diktats, which include Gavin Newsom-esque “no singing” requirements and encouraging people to “keep the music levels down” so people don’t shout at the holiday table.

Murphy has asked people not to travel in or around New Jersey. He’s suggested guests coming to Thanksgiving should quarantine for 14 days before coming for dinner. NBC New York also reports that Murphy wants people to stop hugging and much more:


And keep the music down.

The governor urges people to not “go outside [your] bubble” not only for Thanksgiving but for the foreseeable future.

New Jersey Gov. Phil Murphy urges people to “stay with their immediate family and don’t go outside [their] bubble” this Thanksgiving.

“That’s behavior we need right now, not just for next Thursday…but for the next couple of months.” https://t.co/4YHaNdBsMz pic.twitter.com/khRR9Y6dun

There’s no extra charge for mockery.

The mask goes over your nose.

So when a woman saw Governor Phil Murphy and all six of his family members sitting at a restaurant over the weekend, a New Jersey woman gave him a profanity-filled dressing down. It’s unclear where this was taken. Murphy’s wife took her own video, so if she posts it we may get a better idea.

They asked him where his mask was and by the end of the short video, Murphy put one on. Eventually, Murphy’s kids got into it with the women, calling them drunk and asking them to put on their masks. It’s a mess.

The video shows Murphy was busting out of his own “bubble,” but he was with his family and there’s no requirement to wear a mask if you are eating. So he wasn’t doing a full-Newson by breaking all of his own rules at The French Laundry.

The rude behavior wasn’t as bad as BLM stealing food, drink, and terrorizing people eating at their tables in Washington, DC, but the New Jersey confrontation was still bad manners.

Maybe they can all go to church and pray about it. If there aren’t more than 25% of the people in the pews, I mean.

Governor Mask-Between-Bites Should Get Disinvited from Thanksgiving in California