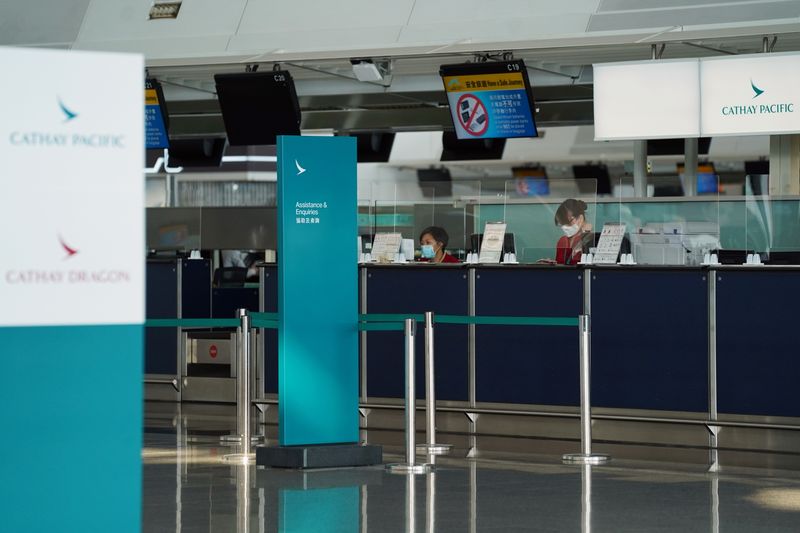 By Aradhana Aravindan and John Geddie

SINGAPORE (Reuters) – A delay to Asia’s first travel bubble between Hong Kong and Singapore has hit the shares of their flag carriers and highlighted the challenges facing the global travel industry as it tries to rebound from the pandemic.

The arrangement was postponed on Saturday, one day before it was due to launch, after Hong Kong reported a jump in coronavirus cases. Authorities and aviation experts have said the bubble would provide a blueprint for quarantine-free travel before a vaccine is widely available.

“There is no doubt that there are many challenges around it,” said Singapore hotelier Marcus Hanna, who had taken bookings from Hong Kong tourists and hopes for similar arrangements with major markets like mainland China and Australia early next year.

“Let’s hope that things improve in Hong Kong … many countries would have been looking to see how it goes,” said Hanna, general manager of Fairmont Singapore and Swissotel The Stamford.

Shares of Cathay Pacific fell as much as 6.6% in early Asian trade on Monday, their biggest intraday fall since Aug. 10, before paring some losses to trade 5% lower. Singapore Airlines shares traded 1% lower in a positive local market.

The two airlines have been harder hit by the pandemic than their global peers as they do not have domestic routes to fall back on.

The bubble would have only brought incremental traffic into both cities. But Jefferies analyst Andrew Lee, who covers Cathay Pacific, said for Hong Kong it could serve as a template that could be extended to 10 other countries next year.

Singapore and Hong Kong also set cautious conditions for the bubble, including a suspension if the seven-day moving average of the daily number of unlinked COVID-19 cases exceeded five in either place.

A mooted travel bubble between New Zealand and Australia has also failed to take off, while Europe’s Baltic countries of Lithuania, Latvia and Estonia created a short-lived travel bubble in May that burst in September.

“It is important to not let this kill any momentum to open up safely in Asia,” Brendan Sobie, an independent aviation analyst, said of the Singapore-Hong Kong setback. “It is hard to get things aligned given the various spikes.”