South Korea’s COVID third wave may be largest if not curbed, says official 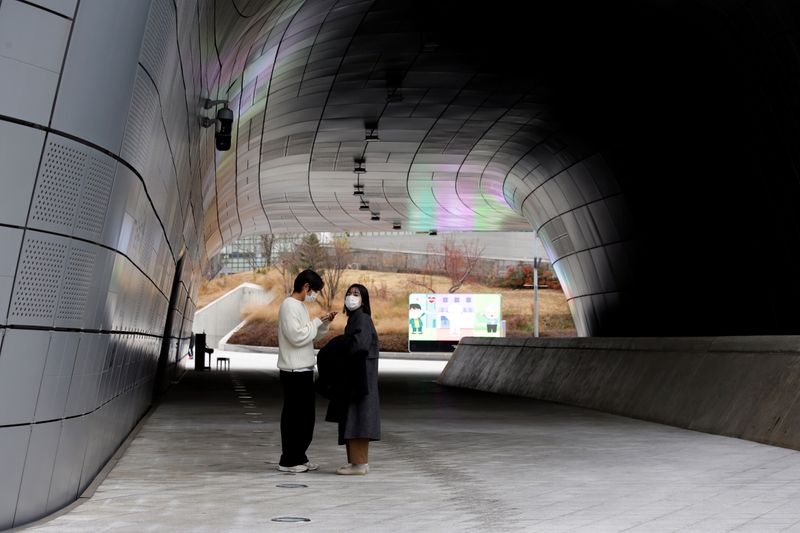 SEOUL (Reuters) – South Korea grappled with a resurgence in COVID-19 cases on Saturday, as a senior official warned it could be the country’s largest wave of infections if the spread is not quickly contained.

The Korea Disease Control and Prevention Agency reported 386 new daily coronavirus cases as of midnight on Friday, bringing total infections to 30,403, with 503 deaths. New cases topped 300 for the fourth day in a row, after Tuesday saw the highest since August.

“We are at a critical juncture; if we fail to block the current spread, we could be facing a large nationwide infection that surpasses” the first two waves, senior KDCA official Lim Sook-young told a news briefing. The country was hit by a jump in cases in late February-early March and August.

The standard for imposing tougher social distancing measures was expected to be reached soon, Lim said. The daily national tally was expected to reach 400 new cases next week and more than 600 in early December if the current rate of one patient infecting 1.5 people was not curbed, she added.

Due to recent infections spreading among college and private after-school tuition academies, she especially urged young people to refrain from meeting and to get tested early.

South Korea tightened prevention guidelines on Thursday ahead of highly competitive annual college entrance exams on Dec. 3, and Prime Minister Chung Sye-kyun called on Friday for all social gatherings to be cancelled, but bars, nightclubs, religious services and sports events continue to be permitted with attendance restrictions.

The Seoul metropolitan region recorded 262 new cases on Friday, up from 218 cases on Thursday.

Health officials have previously said the capital region, where about half of the country’s 52 million people live and work, could be subject to tougher restrictions if the average daily infection over a week rose to 200 or more.