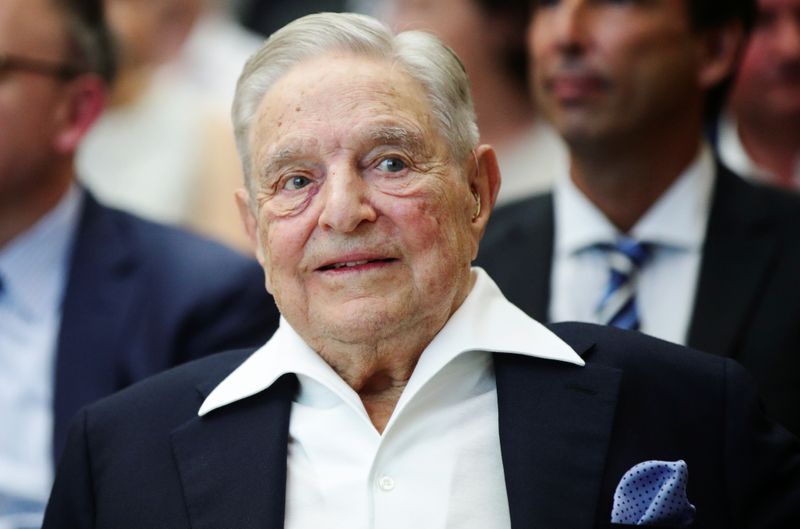 LONDON (Reuters) – Billionaire financier George Soros said the European Union must stand up to Hungary and Poland and cannot afford to compromise on the rule-of-law provisions it applies to the funds it allocates to member states.

Hungary and Poland on Monday blocked the adoption of the 2021-2027 budget and recovery fund by European Union governments because the budget law included a clause which makes access to money conditional on respecting the rule of law.

This delay the launch of the 1.8 trillion euro package that combines the EU’s long-term budget and the bloc’s economic recovery plan.

In a Project Syndicate article published on Thursday, Soros said Hungary and Poland’s veto of the EU budget and coronavirus recovery plan could be circumvented.

If there is no agreement on a new EU budget, the old budget could be extended on a yearly basis. If this is the case, Poland and Hungary would risk not receiving any payments under new rule of law conditions, the financier and philanthropist argued.

“The EU can’t afford to compromise on the rule-of-law provisions,” Soros wrote. He added that in the case of Hungary, EU funds should be directed to local authorities.