Is Trump Ignoring Dangerous Political Violence Perpetrated Against His Own Supporters? 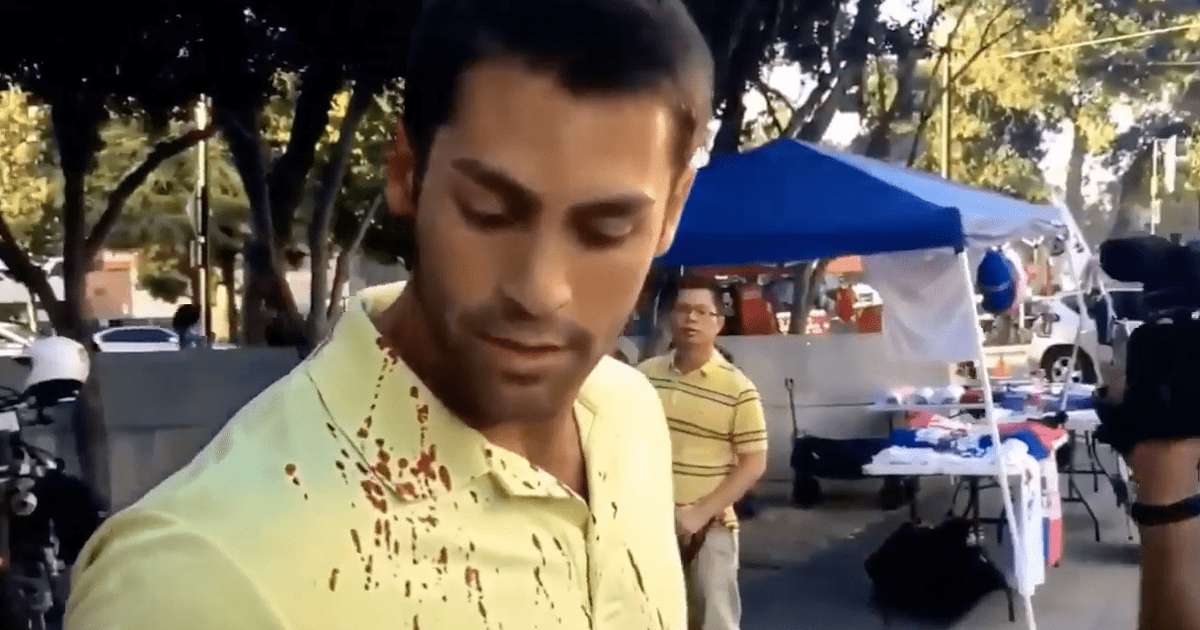 There is nothing that makes my blood boil faster and hotter than watching people get beat up on the streets of America for supporting the president of the United States. The MAGA Million March that happened on Saturday devolved into chaos after dark when antifa and BLM came out to attack Trump supporters. This is not a new problem. I haven’t been able to wear my Trump hat in public for years. Trump supporters have been under threat of injury for showing outward support of this president since his campaign kicked off in 2015.


My earliest recollection that this was unlike any political situation I’d ever been in was Trump’s rally in San Jose in 2016 that was overrun by militant anti-Trump protesters who attacked supporters who got locked out of the building and police would not help them. Women were hit and pepper-sprayed and egged. Several people were sent to the hospital in the aftermath of rallies across the country that were consistently dogged by violent protesters. In all my years as a politically active person who enjoyed wearing campaign gear for my preferred candidate, I never once was accosted on the street until Trump. And please, if there are any Democrats reading this who want to pipe in with “But Proud Boys punch people too!” don’t bother. There isn’t a Democrat in the country who feels scared to wear a Biden shirt or hat in public. There isn’t one example of any poor lady in a Biden hat getting laid out on the concrete. But I can show you plenty of MAGA hat crimes perpetrated by Democrats. Let’s take a walk down memory lane:


Progressives Are Bending Over Backwards to Excuse Anti-Trump Violence

This isn’t even a fraction of all the reporting we have on violence against Trump supporters. There are pages and pages of it over the last five years.

If you’re one of the lucky victims, the most you can expect to come from being savagely beaten on the street and saddled with lifelong medical bills is some more campaign gear from Trump that puts your life at risk. Gee, thanks!

I know most of you are still raw and upset over the shenanigans during this election and feel like you have to support this president no matter what he does but I refuse to stay quiet when my guy screws up. It’s dishonest. My colleagues tease me constantly about being a fangirl for the president. It’s a label I don’t mind most of the time. After all, I’m a fan of Trump’s policies, his humor, and his presidency. I have been since the beginning. But it is also true that he is not perfect. One of his major imperfections is his inability or unwillingness to do more to protect his base from violence perpetrated by the enemies of freedom.

The real goal of political violence is to oppose free expression, free speech, and freedom to assemble. The people using violence are trying to intimidate their opponents into silence out of fear so they can impose their will by force on an unwilling segment of the population. It’s the most un-American activity there is. Yet, the president has done very little over the last five years to stop it. Worse, he hasn’t even taken basic steps to protect his supporters from it. I’m not the only one to have noticed.

Trump’s supporters have been attacked and harassed for four years while Trump himself does almost nothing to stop it or defend them. It’s happening again tonight. The guy has a couple months left in office. If he doesn’t bring the hammer down now then when? Still he just tweets.

If you get a brick on your head wearing a MAGA hat, media guys think it’s funny and Trump doesn’t care.

You all deserve better and should demand better.

It shouldn’t be dangerous to publicly support the President of the United States in America.

Trump is a well-known generous billionaire. Why has he never hired security to protect his rally-goers? Remember that fiasco after the RNC when sitting senators were surrounded by violent mobs? Where the hell was the security? Why does he leave them at the mercy of police departments run by Democrats who order them to stand down?

After Trump became president he had even more ability to stop the violence. He has the U.S. Marshals Service at his disposal. Are you telling me that ordering them to line the sidewalks to make sure rally attendees can get to their cars without bashed skulls is out of the realm of possibility? It isn’t. It’s not even hard. They’re on the payroll and under his command. And the best part is, anyone committing political violence who gets arrested by a federal marshal is going to get federal charges that could get them thrown into a federal prison. Ouch. But he’s never done that. Why?

I think this video might represent the Democrats better than any I’ve seen in recent memory. White Democrat in a BLM shirt attacks a Black Trump voter and her kids. This is how deluded, disgusting, hateful and insane they are. We must defeat this evil. pic.twitter.com/CqOm9SKPsu

And if you ask the question, the MAGA crowd turns on you like a battered wife who refuses to press charges against the husband who almost killed her for the third time. It’s not okay to have so little respect for your self-preservation. One thing this president has been good at is listening to voices from the ground. He often acts when enough of his base gets upset about something. Why have they never demanded that he protect them from bloody violence coming from the left? Why do they let him get away with accepting no responsibility for it? Why do they pretend tweets are the same thing as actions?

If you can’t criticize your preferred candidate when he deserves it you’re not functioning in reality. @realDonaldTrump is not perfect. He is not above criticism. He has failed to protect his supporters from violence. I care more about u than u do. Sad! Truth hurts pic.twitter.com/LzWSmHanx4

The violence that went unchecked in Washington D.C. over the weekend is a disgrace. The president either: has only a few months left in office, so who cares what anyone says about him if he invokes the Insurrection Act and brings the hammer down?  Or, he has four more years, in which case the same scenario applies. What is he worried about? Bad press? That ship has sailed.


Many of you come at me with “he’s not the mayor of D.C.” as if he has no power to do anything about the streets where he lives. Baloney. It is completely within his rights as president to not only send federal law enforcement to handle a problem, and he could even take over control of the D.C. Police. He has threatened it but never pulled the trigger. Instead, he allowed our monuments to be defaced, our parks destroyed, and historical landmarks set on fire. What is he waiting for? Do they have to murder us? That’s the only time Trump ever sent the U.S. Marshals after the left’s political hitmen.

Mike Cernovich had a very good point. When he hosted an event that was disrupted by violent leftists and an attendee of his was attacked, he offered a cash reward to find and prosecute the attacker. He sent that guy to jail. Are we to believe that the president of the United States has less power than a political influencer? That’s absurd. Don’t kid yourself with that explanation if that’s what you are thinking. The president has all the power he needs to shut down the violence, protect his event-goers, and lock up bad guys. He chooses not to. Whether this is for political reasons or otherwise is unknown. But I can’t think of an explanation that I would accept as reasonable.

Failing to stop political violence is Trump’s greatest failure during his time in office, followed closely with not cleaning out all the Obama appointees in the bureaucracy. And if more of you would tell him so, things might actually change. But as long as you behave like a willfully blind battered wife, you’re going to keep getting hit like one.


Editor’s Note: Want to support PJ Media so we can continue telling the truth about the 2020 election? Join PJ Media VIP TODAY and use the promo code LAWANDORDER to get 25% off your VIP membership.

Let’s Get Real: Mayor Richard Daley Was Better on Law and Order Than Trump