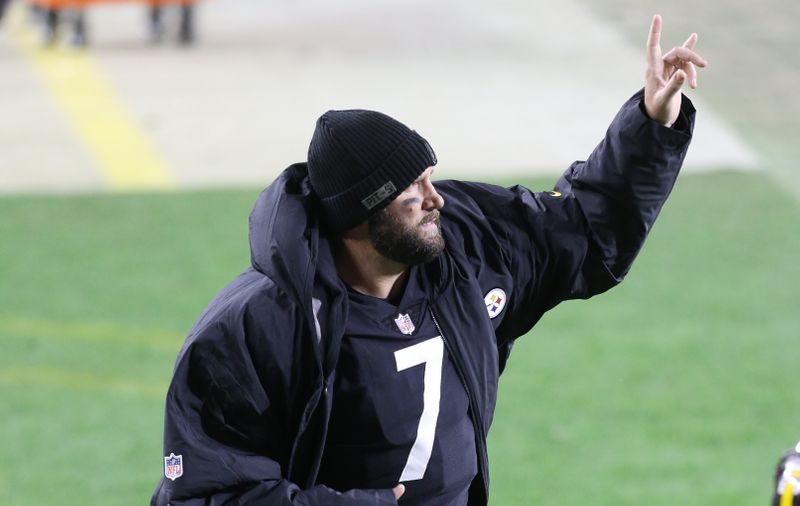 Pittsburgh quarterback Ben Roethlisberger passed for a season-best 333 yards, including four touchdowns, as the Steelers remained undefeated with a 36-10 win over the visiting Cincinnati Bengals on Sunday

Pittsburgh (9-0) was not assured Roethlisberger would be available until Saturday because of COVID-19 contact tracing protocol.

While the Steelers run game sputtered, totaling only 44 yards, Roethlisberger was 27 of 46 with scoring passes to rookie Chase Claypool (two), Diontae Johnson and JuJu Smith-Schuster.

For Cincinnati (2-6-1), rookie quarterback Joe Burrow was 21 of 40 for 213 yards with a touchdown pass to Tee Higgins. Burrow played much of the game on what appeared to be a sore left ankle. The Bengals went 0-for-13 on third-down chances.

Cincinnati played without four assistant coaches because of COVID-19 reasons.

After Cameron Sutton stripped the ball from Higgins and Steven Nelson recovered, Pittsburgh was able to start a sixth possession in the first quarter. That ended with a punt, and Cincinnati’s offense then finally had some success.

A season-long 90-yard drive, keyed by Burrow’s 54-yard passing play to Higgins to the Pittsburgh 22, ended with Burrow’s 2-yard touchdown toss to Higgins on fourth down to cut it to 12-7.

The Steelers upped it to 19-7 when Roethlisberger, under pressure, found Smith-Schuster in the back of the end zone from 8 yards.

Roethlisberger’s 11-yard touchdown pass over the middle to Claypool made it 29-7, the only scoring in the third quarter.