USPS Election Whistleblower: ‘I Did Not Recant’ 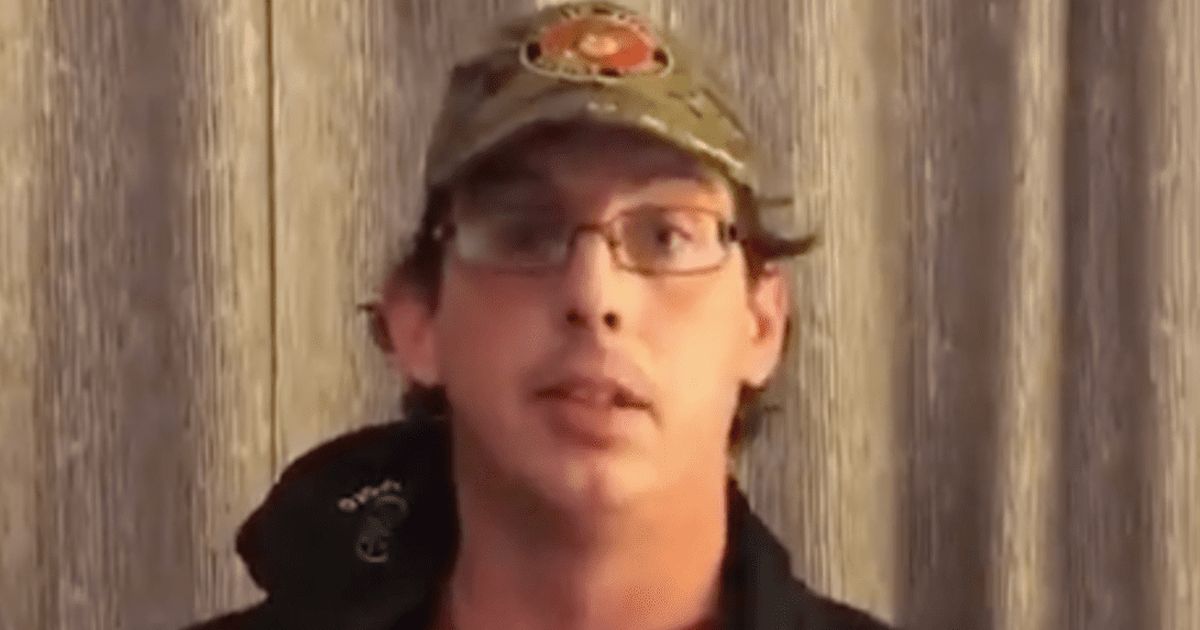 On Wednesday, the Washington Post ran a story claiming that the whistleblower in Erie, Penn., Richard Hopkins, who claimed to have witnessed election fraud, recanted his allegation. But Hopkins released a video of himself through Project Veritas demanding the news organizations retract that claim and saying he never did any such thing.

USPS Whistleblower Richard Hopkins: “I DID NOT RECANT”@shawnboburg and @jacobbogage have been played by the same federal agents on the audio ‘coercing,’ ‘scaring’ the whistleblower to water down allegations. As reporters, they are REQUIRED to include Richard’s denial. REQUIRED pic.twitter.com/8Rj5yWSljz

Please note Twitter’s warning that Hopkins’ video is “disputed.” They did not add a warning to the Washington Post’s claim directly contradicting Hopkins’ own words, even though the Post’s own reporting included Hopkins’ rebuttal. For some reason, even with the witness denying he recanted, the newspaper still went with the headline: “Postal worker recanted allegation of ballot tampering, officials say.”

Hopkins also alleges that federal agents tried to scare and coerce him into recanting his story. It is not clear if he was talked into signing a statement contradicting that he saw his supervisor instructing people to backdate ballots. What is clear is that Hopkins is sticking with his original story. Project Veritas claims to have that interrogation on tape, where a federal agent can be heard speaking to Hopkins and telling him he’s trying to “twist him” and “scare him” in order to clear up his memory.


This technique sounds a lot like mind control. “This storm is getting crazy and it’s out of a lot of people’s control, so the reason they called me in is to try and harness and reel it back in,” says Russell Strasser from the USPS office of the inspector general, according to Veritas. “We like to control our mind and when we do that we can convince ourselves of a memory, but when you are under a little bit of stress, which I’m doing to you purposefully, your mind can be a little bit clearer.” Listen to it yourself.  James O’Keefe is going to release two hours of the unedited interview with Hopkins later on Wednesday.

Agent Strasser: “I am trying to twist you a little bit”

“I am scaring you here”…” we have Senators involved…DOJ involved…reason they called me is to try to harness.” pic.twitter.com/tK2JPu6Wqm

Meanwhile, even with this evidence that Hopkins says he didn’t recant and is on tape being intimidated and coerced by a federal agent, Twitter has still not put up a “disputed” disclaimer on the misleading story by the Washington Post. Instead, it was headlining it all morning ensuring wide distribution. Look at how the description of the story completely refutes the headline but they are not “fact-checked.”

I thought they were focused on countering “disinformation”? pic.twitter.com/JHxLWQ7kbc

There is no doubt that if PJ Media put up a headline that completely contradicted what is in the body of the story we would get fact-checked and have our reach choked by Big Tech overlords almost immediately. But for some reason, the Washinton Post gets to retain its “real news” trophies…even when they blatantly fudge the truth.

But on Monday, Hopkins, 32, told investigators from the U.S. Postal Service’s Office of Inspector General that the allegations were not true, and he signed an affidavit recanting his claims, according to officials who spoke on the condition of anonymity to describe an ongoing investigation. Democrats on the House Oversight Committee tweeted late Tuesday that the “whistleblower completely RECANTED.”

Let’s forget for a moment that the WaPo’s sources are anonymous (as usual). Are the investigators who gave the anonymous sources the information the same investigators who allegedly told Hopkins they were trying to “twist him” and “scare him?” If so, I don’t think we should take anything they say with anything but skepticism. Hopkins was interrogated by federal agents without a lawyer, with at least one agent admitting he was going to manipulate and “scare” him in order to “clear up” his memory. Does that sound like a situation you would like to be in? We have no idea if Hopkins signed anything or why he signed it if he did. Our news organizations couldn’t even do basic digging to discover this document, so how can we believe it even exists? We won’t know what really happened until we get the full audio of the interview, but I do like imagining the stomach rumbling Agent Strasser is experiencing today while he waits for the full audio to drop.

Federal agents come after him with “stress techniques,” which are caught on tape.

Federal agents lie to the media he recanted.

Am I missing anything?

Don’t expect Hopkins to get whistleblower protections either. He’s already been removed from his job with no pay.

Richard Hopkins, a Combat Veteran and a marine with a daughter never asked to go public or for any of this. In the full interview released tomorrow, he said this harder than what he endured in Afghanistan.

The post office has placed him on non-pay status. pic.twitter.com/f054fa0D7I

The state of our media is in absolute disarray. It should be a crime to manipulate the public with no repercussions. We are witnessing unprecedented media manipulation, where the media giants are teaming up against the facts and trying to brainwash the public to believe their chosen narrative—facts be damned. Will they get away with it?

You are being brainwashed to accept the results of the election as fair. You will be told that only bad people are skeptical in this situation, and that you will be held to account for doubting.