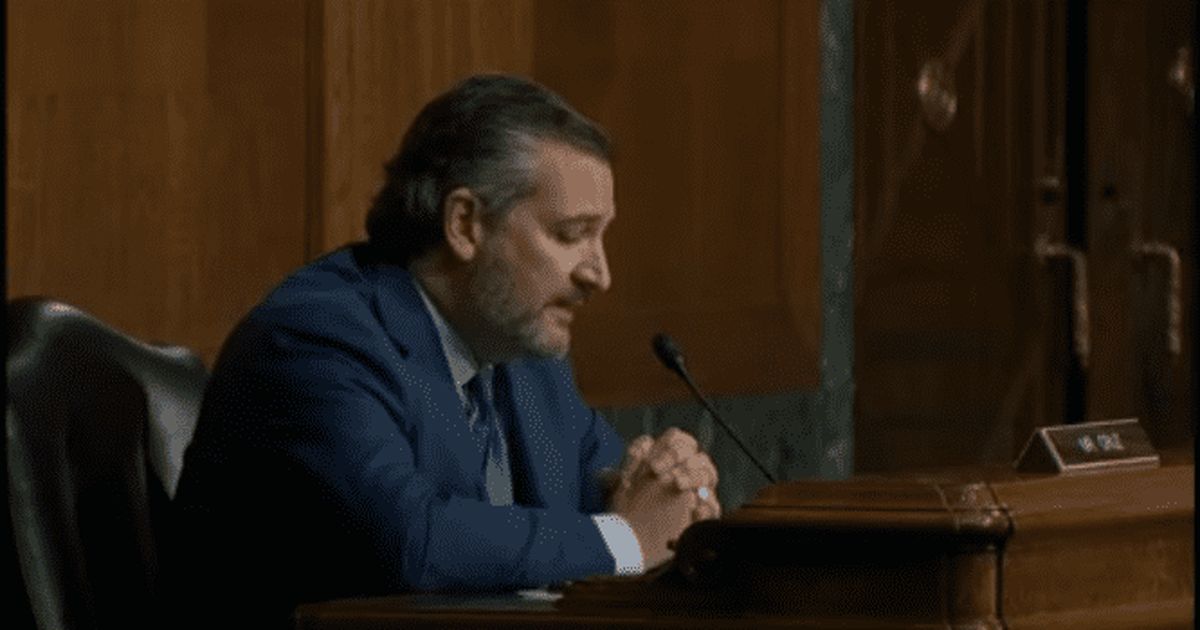 
Cruz opened with questions about the investigation into General Michael Flynn. First, Cruz noted that a memo dated January 4, 2017, by investigators closed the investigation of Flynn. It noted the lack of any basis to continue because they had failed to find any derogatory information about him.

In a nasal and truly annoying voice, Mc Cabe responded “I don’t remember making that decision, but I certainly supported keeping the case open.” One has to wonder what was in the water at the FBI since McCabe’s former boss, James Comey, had a significant amount of memory loss when he testified as well.

Cruz pushed back, asking McCabe what basis he used to agree with the decision, noting the career investigators had found no reason to continue the investigation. McCabe then asserted while they didn’t have incriminating evidence at that time, they eventually found very incriminating evidence. Wait for it. General Flynn had direct contact with the government of Russia! The horror!


Of course, the contact General Flynn had was as an official member of then-President-elect Donald Trump’s incoming administration. He was taking the role of National Security Advisor. He spoke to Russian Ambassador Sergey Kislyak regarding then-President Barack Obama’s ejection of Russian nationals from the United States. The conversation amounted to asking Kislyak to cool his jets and wait to respond. Contrary to all the charges leveled at Flynn, he never lied to the FBI about discussing sanctions with the ambassador. Because they never discussed them.

It is also completely normal for incoming members of the administration to speak to their foreign counterparts. Notes suggested that the FBI and Obama administration were considering using the Logan Act to prosecute Flynn. The Logan Act is a law from the late 1800s that prevents private citizens from interacting with foreign governments on behalf of the United States. It has never been used to prosecute anyone.

After some back and forth, McCabe could never provide a reason that any conversation between an incoming NSA and foreign leaders would be a violation of anything. McCabe denied considering the Logan Act. However, he insisted there was reason to believe Flynn’s conversations may have been inappropriate. Even Senator Lindsay Graham rolled his eyes after clarifying that the calls took place after the 2016 election.


It is no small wonder why Graham was so frustrated. Just the day prior, former Obama adviser Ben Rhodes told MSNBC that presumptive unverified President-elect Joe Biden is already speaking to foreign leaders about his agenda. And the vote tally is not even final.

.@brhodes: Biden is already “having phone calls” with foreign leaders about “the agenda they’re going to pursue January 20th” pic.twitter.com/ynHspaEDxE

Cruz basically took these comments and used them to beat McCabe over the head:

Mr. McCabe, yesterday on MSNBC Ben Rhodes the former Deputy National Security Advisor to President Obama said that foreign leaders are already having conversations with Joe Biden quote, “talking about the agenda they’re going to pursue January 20th.” Mr. McCabe, based on that testimony do you believe Joe Biden is violating the Logan Act?

McCabe tried to weasel out, claiming he was not aware of Rhodes’s statements. Cruz pressed him and asked again if Biden was violating the Logan Act under any plausible theory. More weasel words from McCabe, who was clearly uncomfortable and refused to answer. Cruz ends up mocking his non-answers repeatedly, and deservedly.

Of course, the point of this exchange is not to begin a ridiculous prosecution of Joe Biden under the Logan Act.  It is to point out once again there was no basis for keeping the investigation open on General Flynn. Especially over a phone call he had as a member of the incoming administration. McCabe has no leg to stand on and never provided a legitimate basis for continuing the investigation. Because he doesn’t have one.

Editor’s Note: Want to support PJ Media so we can continue telling the truth about the 2020 election? Join PJ Media VIP TODAY and use the promo code LAWANDORDER to get 25% off your VIP membership.

Can the Right Just Get Over the Idea Jake Tapper Is an Honest Broker Now?