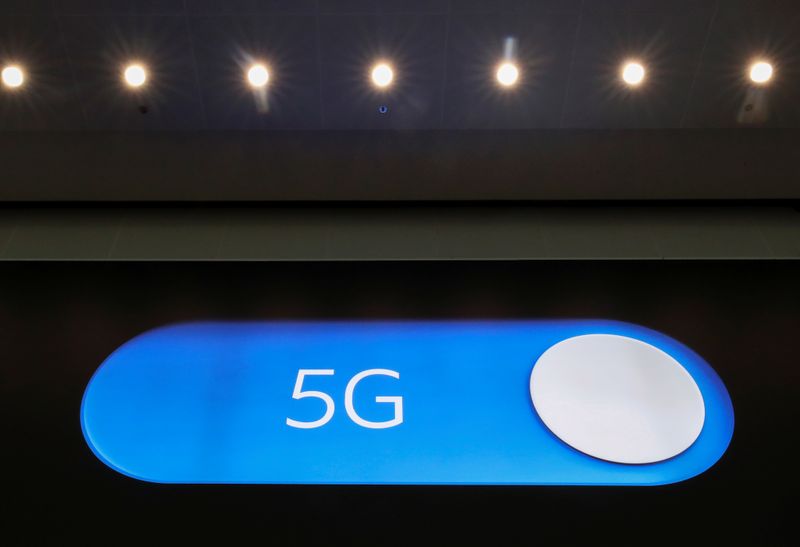 FILE PHOTO: An advertising board shows a 5G logo at the International Airport in Zaventem, Belgium May 4, 2020. Picture taken May 4, 2020. REUTERS/Yves Herman

The adherence came during a visit by Keith Krach, U.S. under secretary of state for economic growth, energy and environment, who has advised Brazil not to buy fifth-generation (5G) telecommunications network equipment from China’s Huawei Technologies Co Ltd [HWT.UL], which he has called “the backbone of China’s global surveillance.”

Huawei has repeatedly denied being a security risk. It has said it abides by Brazil’s laws and is available for tests and clarifications that authorities considered necessary.

“Brazil supports the principles contained in the Clean Network proposal made by the United States,” said a joint U.S.-Brazil statement issued after Krach met with Brazilian foreign ministry officials.

The initiative is “aimed at promoting, in the context of 5G and other new technologies, a safe and transparent environment compatible with democratic values ​​and fundamental freedoms,” it said.

In Washington, U.S. Secretary of State Mike Pompeo on Tuesday said almost 50 countries, 170 telephone firms and many of the world’s leading companies have signed on.

The U.S. government has offered Brazilian telecos finance to encourage them to buy from Western providers such as Nokia and Ericsson instead of Huawei.

Brazil’s top four telecos are already testing Huawei equipment ahead of next year’s auctioning of 5G spectrum concessions and have said they are reluctant to reduce options.

The four did not to attend a U.S. embassy invitation to meet Krach on Friday in Sao Paulo, industry sources told Reuters, because the invitation was “not compatible with free-market choices.”