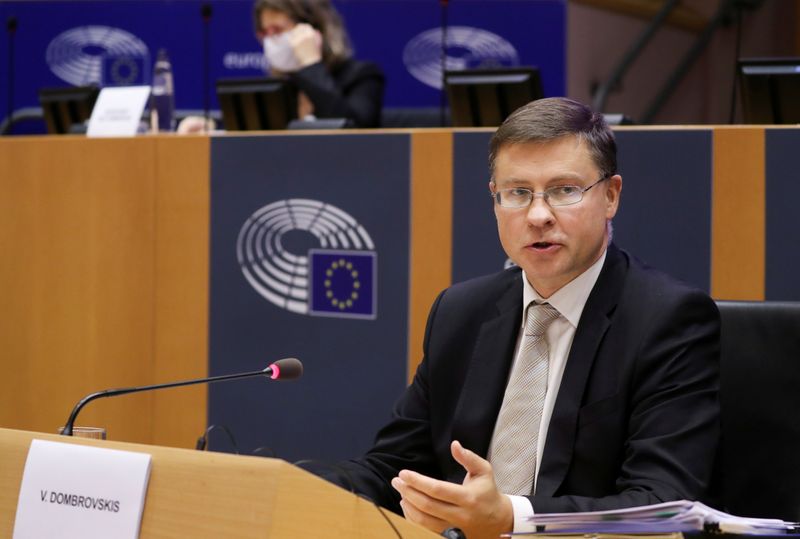 By Philip Blenkinsop and Michael Nienaber

BRUSSELS/BERLIN (Reuters) – The European Union will impose tariffs on imports of $4 billion in U.S. goods from Tuesday, while hoping that president-elect Joe Biden will foster a sharp improvement in transatlantic ties.

The bloc will exercise the right to counter-measures awarded to it last month by the World Trade Organization in a case against U.S. planemaker Boeing <BA.N>, part of a long-running U.S.-EU battle over civil aviation subsidies.

“We have made clear at every stage that we want to settle this long-running issue,” EU Trade Commissioner Valdis Dombrovskis told a news conference after a video meeting of EU trade ministers.

“Regrettably, despite our best efforts (and) due to lack of progress on the U.S. side, we can confirm that the European Union will later today exercise our rights and impose counter-measures awarded to us by the WTO in respect to Boeing.”

He added that this meant the tariffs, set to hit U.S. exports of planes and parts and a range of farm produce, would come into force on Tuesday.

Dombrovskis, a vice president of the European Commission, repeated an EU offer that the bloc would suspend its measures if the United States did the same, but said Washington had so far not agreed to do so.

“We will try to get a new start in trade policy between the United States and all member states,” said Altmaier, whose country holds the rotating EU presidency. He added that Europe’s goal was to find new common ground with the future Biden administration and then reduce tariffs as much as possible.

President Donald Trump, with whom Europe has had strained relations, has not conceded and is making legal challenges to the outcome of the Nov. 3 election.

“There are great expectations and the hope that the American presidential elections will lead to a return to multilateral engagement in international trade and that it will be possible to overcome past conflicts,” Altmaier said.

Dombrovskis said the European Commission, which coordinates trade policy for the 27 EU member states, had made some informal contacts with Team Biden.

“So some first contacts have been made, among other things also to discuss trade issues,” he said.