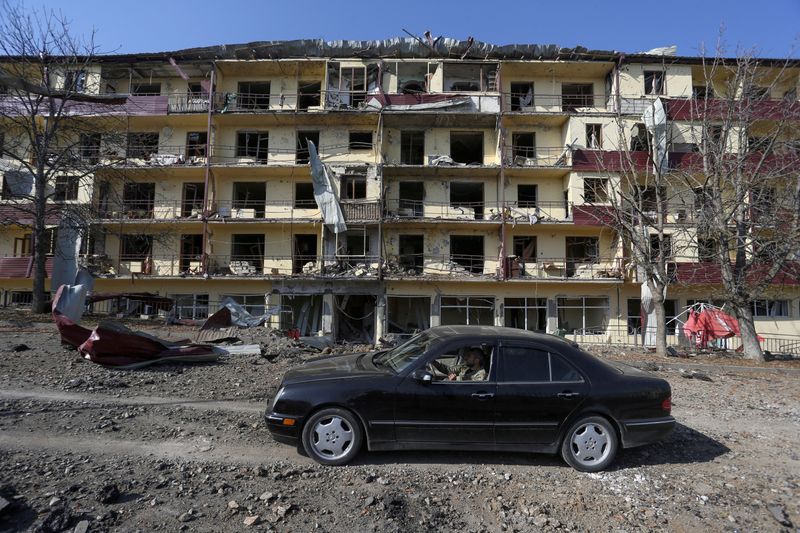 FILE PHOTO: A man drives a car past a damaged building following recent shelling in the town of Shushi (Shusha), in the course of a military conflict over the breakaway region of Nagorno-Karabakh, October 29, 2020. Vahram Baghdasaryan/Photolure via REUTERS

The city, called Shushi by Armenians, is of cultural and strategic importance to both sides and is located 15 km (9 miles) south of the enclave’s largest city Stepanakert.

At least 1,000 people have died in nearly six weeks of fighting in and around Nagorno-Karabakh, a mountainous enclave internationally recognised as part of Azerbaijan but populated and controlled by ethnic Armenians.

(Reporting by Nvard Hovhannisyan in YEREVAN and Nailia Bagirova in BAKU; Writing by Polina Ivanova; Editing by Mark Heinrich)