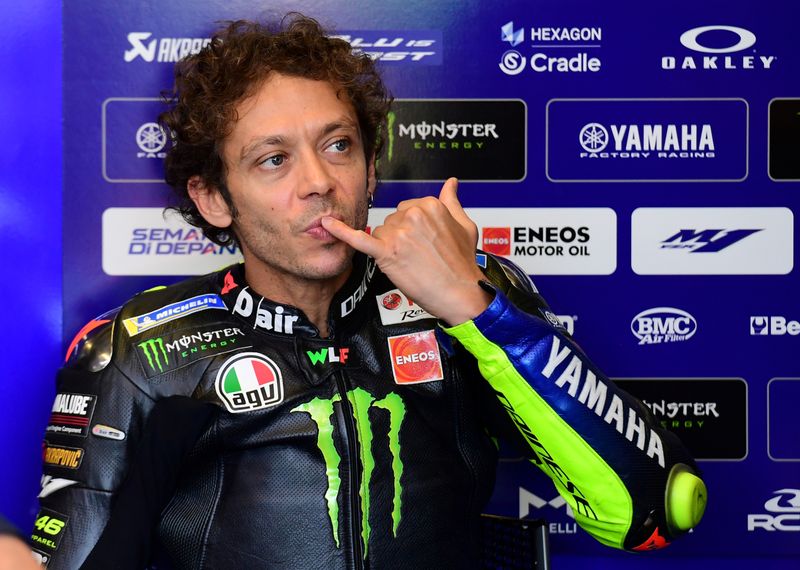 (Reuters) – MotoGP great Valentino Rossi was cleared to race in the European Grand Prix in Valencia on Friday after recovering from COVID-19 but his factory Yamaha team were hit by another outbreak of the virus.

Yamaha said five staff members, including team boss Massimo Meregalli, were self-isolating and would miss the next two races at the Spanish circuit.

Rossi, who missed the previous two races at Spain’s MotorLand Aragon circuit after testing positive for the new coronavirus, arrived in Valencia after passing an initial test in Italy.

The 41-year-old, who had to sit out the first two practice sessions at the Ricardo Tormo Circuit, returned a negative result again on Friday and will rejoin the team from Saturday’s final practice.

While the Italian’s return was good news for the factory Yamaha outfit, team mate Maverick Vinales will have to start Sunday’s race from the pitlane after Yamaha had to exceed his engine allocation.

Vinales had another scare on Friday when one of his crew members tested positive for the novel coronavirus and left the circuit, raising fears that the rider might also have to quarantine and watch his title hopes disappear.

While those fears proved unfounded, Yamaha said Meregalli and three others who tested negative but were deemed at risk of contagion would have to sit out Sunday’s race and another the following weekend at the same circuit.

Yamaha said Meregalli would remain in close contact with the team at the track.

“None of the other staff are deemed to be at risk, nor are riders Maverick Vinales and Valentino Rossi,” the team said in a statement.

(Reporting by Hardik Vyas in Bengaluru and Alan Baldwin in London; Editing by Toby Davis and Ken Ferris)