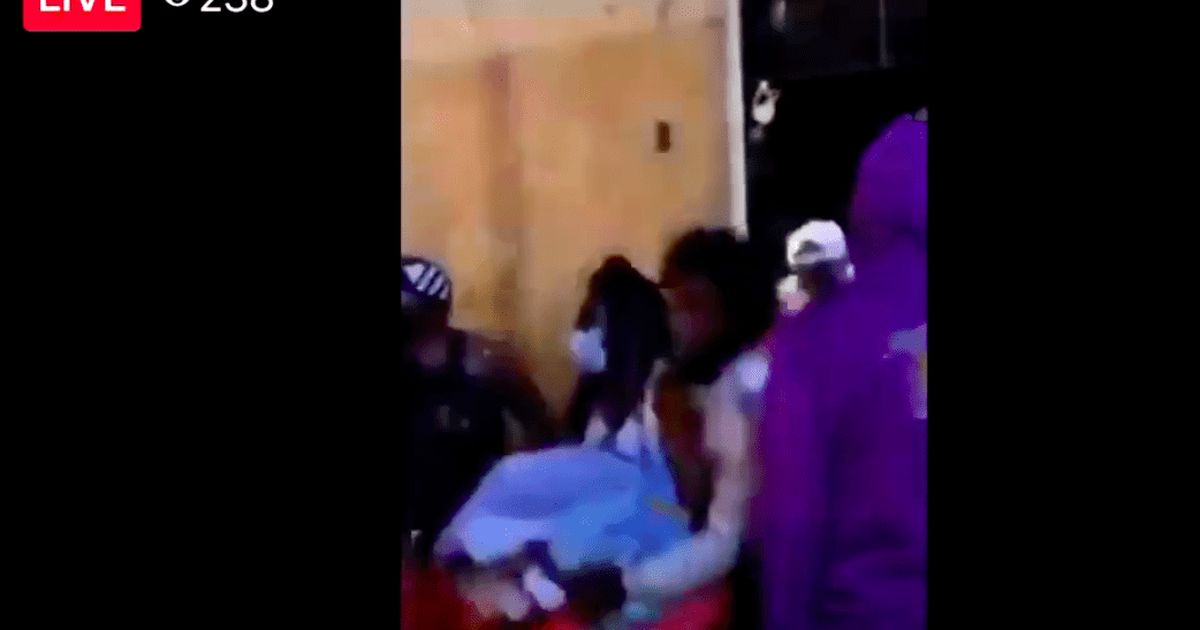 In the wee hours of Monday morning, a mob of looters swept through downtown Chicago, likely inspired by looting following the Black Lives Matter rallies in Minneapolis following the horrific police killing of George Floyd. They ransacked a mall, a Tesla dealership, a Walgreens, and more. Armed looters got into a brief shootout with police, although it remains unclear if anyone got injured. Mayor Lori Lightfoot (D-Chicago), who vocally condemned gatherings of people on the beach this weekend due to the coronavirus pandemic, has remained silent on this looting but will address it in a press conference Monday morning.


“Hundreds of people swept through the Magnificent Mile and other parts of downtown Chicago early Monday, smashing windows, looting stores, confronting police and at one point exchanging gunfire with officers,” The Chicago Tribune reported. Someone opened fire around 4:30 a.m., nearly five hours into the vandalism and theft. Officers were not hit and returned fire, although the department said it was not clear if anyone got hit.

The looting began shortly after midnight as rioters broke through store windows and bags, ransacking establishments in the Windy City. “Cars dropped off more people as the crowd grew,” the Tribune reported. “At least one U-Haul van was seen pulling up.”

Looters broke into a mall, ransacking the stores within.

Looters broke into a Chicago mall and are looting the place clean tonight. #BlackLivesMatter pic.twitter.com/wKJZbcvpoZ

Videos of the looting went viral on social media.

BLM looters in Chicago have broken into a Tesla dealership. #ChicagoRiots pic.twitter.com/27cpocwWLB

“Imagine if you lived in downtown Chicago & paid the obscene taxes and cost of living & then this happens,” observed podcast host Jay-Juan Shakur Jones. “Why bother anymore? Why build anything anymore? This does nothing but hurt the city as a whole.”

Imagine if you lived in downtown Chicago & paid the obscene taxes and cost of living & then this happens. Why bother anymore? Why build anything anymore? This does nothing but hurt the city as a whole. pic.twitter.com/6DmkncA697

While the motive behind the looting remains unclear, it seems likely the looters have taken the Marxist message of the official Black Lives Matter organization and its antifa allies to heart.

Portland activist Lilith Sinclair explained the mentality behind her “protest:” “There’s still a lot of work to undo the harm of colonized thought that has been pushed onto Black and indigenous communities.” As examples of “colonized thought,” she mentioned Christianity and the “gender binary.” She said she organizes for “the abolition of … the “United States as we know it.”

Marxist critical theory encourages people to deconstruct various aspects of society — such as capitalism, science the nuclear family, the Judeo-Christian tradition, even expectations of politeness (as the Smithsonian briefly taught) — as examples of white oppression. This inspires an aimless and destructive revolution. It also explains how activists can justify wanton destruction and looting in the name of social justice — particularly racial justice.

If people believe that America is institutionally racist and oppressive, it makes sense for those who think themselves oppressed to rise up against “the system” to loot, pillage, and destroy. Yet America is not fundamentally racist nor oppressive, and the end result of this looting will be the hollowing out of communities that are already struggling. Americans rely on businesses for jobs, goods, and services. When nationwide companies like Walgreens and Tesla find their stores ransacked in downtown Chicago, they may become convinced that it is too dangerous to try to do business in downtown Chicago. If these businesses leave, the community will be poorer for it.


Mayor Lightfoot is set to address the looting at 8 a.m. Central time Monday. If she is to maintain a clear standard against the spread of the coronavirus pandemic, she should condemn the looters not just for trespassing, theft, and vandalism but also for spreading the virus.

Over the weekend, she condemned Chicagoans who enjoyed a day at Montrose Beach, claiming they were facilitating the spread of the virus. “It’s called a pandemic, people. This reckless behavior on Montrose Beach is what will cause us to shut down the parks and lakefront. Don’t make us take steps backwards,” she tweeted.

It’s called a pandemic, people. This reckless behavior on Montrose Beach is what will cause us to shut down the parks and lakefront. Don’t make us take steps backwards. pic.twitter.com/FHxeYfH7Wf

Lightfoot should prove just as excoriating when responding to the looting, which did not just involve people in close proximity with one another indoors but also involved blatant destructive lawbreaking.