Seattle anarchists are rioting in support of Portland.

The protest would march by businesses and then start chanting “I don’t know shit, I don’t see shit,” then Antifa members would break off and start smashing things.

Here they were torching the site where they’re building the new juvenile detention center.

I have shifted up to Seattle today to follow a large demonstration that’s in solidarity with Portland.

I’d estimate a crowd of 2,000 already. They just torched construction buildings at the site of a new youth detention center. 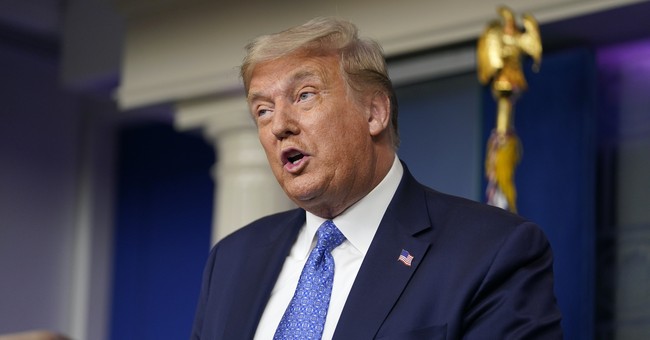 They smashed the Starbucks and then threw an explosive into the building, setting it on fire, despite the fact there were people inside and residences up above.

Moving through the Capitol Hill, hitting a Starbucks. Smoke is coming out the window and people are now calling for the residents above to evacuate. pic.twitter.com/71Ssie3hai

It’s not a peaceful protest in Seattle. The crowd are the aggressors. They set fire to a Starbucks right before this. pic.twitter.com/JVIiCxCPut

They then attacked two guys who were working in a bar.

These workers at a bar/restaurant say some in the crowd attacked and punched them after accusing one of them of taking images of the crowd. pic.twitter.com/ETQ4m9VYyr

Once they reached the East Precinct, they started the chant again, indicated things were going down. I heard loud explosions, louder and more distinct then flash bangs and there were no police around, so it seemed they were clearly precipitated from the rioters. Everyone who was involved in the protest knew what was going on and was implicitly endorsing it by the chant.

Seattle police said explosives were thrown at the building. I heard several explosions.

Once that happened they declared a riot and that’s when they began pushing the protester/rioters back, repeatedly spraying them with pepper spray, flash bangs or less than lethal munitions. Rioters threw explosives fireworks and other projectiles at the police.

Police arrested at least 25 so far.

They had a huge force of police out to deal with them, hundreds of cops.

Federal agents are in the city but were not needed in the response, so there was no sight of them yet.

We’ll update if more breaks in Seattle this evening.