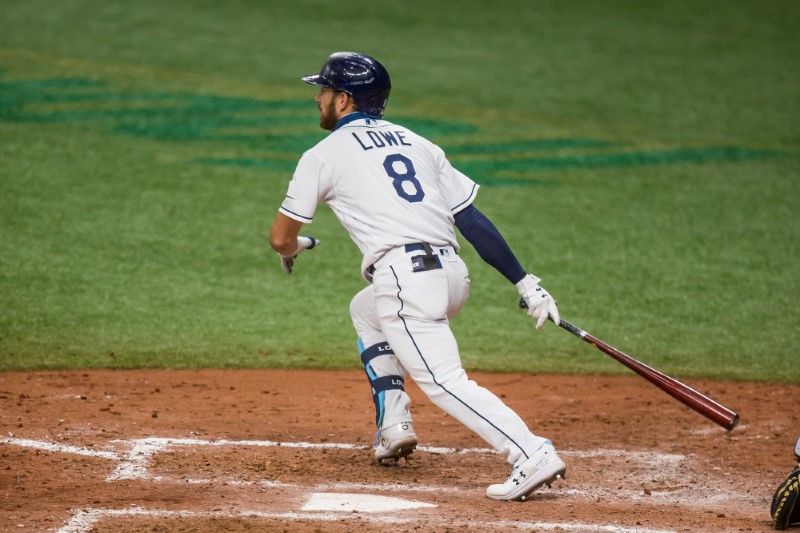 Brandon Lowe’s tiebreaking two-run triple in the eighth inning lifted the Tampa Bay Rays to their first win of the season, a 4-1 victory over the Toronto Blue Jays on Saturday afternoon in St. Petersburg, Fla.

Lowe went 2-for-4, and Choi drove in a run with a double for the Rays, who had just five hits.

Starting pitcher Ryan Yarbrough, elevated to the No. 2 spot in the rotation, gave up four hits in a 69-pitch start over 5 1/3 scoreless innings. He struck out one and walked one.

Nick Anderson (1-0) earned the win with 1 1/3 innings of one-hit relief, and Oliver Drake worked a perfect ninth for his first save.

Toronto’s Cavan Biggio, the offensive star in Friday night’s 6-4 season-opening win, had two more hits and is batting .500 (4-for-8) on the young season. Reese McGuire hit a solo homer.

Jays starter Matt Shoemaker made his first appearance since tearing his ACL in April of last season and allowed just three hits and one run in six innings, striking out four and walking two.

Both starting pitchers breezed through three innings before Toronto loaded the bases against the crafty Yarbrough on a two-out walk to Travis Shaw and an infield single by Randal Grichuk off the pitcher’s glove. However, Teoscar Hernandez flied out to deep center field to keep it scoreless.

Yarbrough exited after allowing a one-out single to Lourdes Gurriel Jr. in the sixth, and Vladimir Guerrero Jr. greeted reliever Chaz Roe with a single. But Roe fanned Shaw looking, and center fielder Kevin Kiermaier made a sliding catch of Grichuk’s liner to end the scoring threat.

A slicing double to left center by Choi drove in pinch runner Mike Brosseau with the game’s first run in the home half of the sixth, but McGuire deposited an 88-mph slider from reliever Pete Fairbanks over the right field fence for his first home run to tie it 1-1 in the next frame.