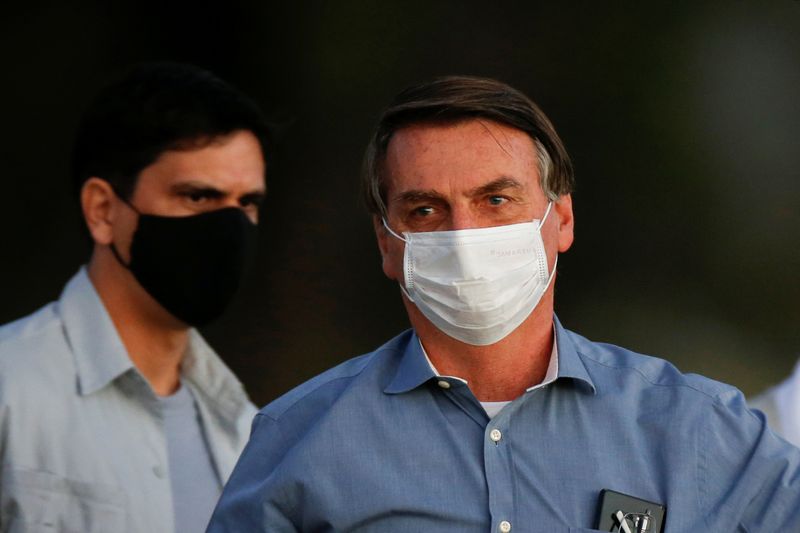 FILE PHOTO: Brazil’s President Jair Bolsonaro looks on during a ceremony of lowering the national flag for the night, amid the coronavirus disease (COVID-19) outbreak, at the Alvorada Palace in Brasilia, Brazil, July 24, 2020. REUTERS/Adriano Machado

The lawsuit, signed by the president and Brazil’s Solicitor General José Levi, says the ruling granted by Supreme Court Justice Alexandre de Moraes violates the constitutional rights of the owners of the accounts.

The blocking of the accounts was effective from Friday.

The Supreme Court suspended 16 accounts and 12 pages of digital influencers who defend Bolsonaro on social media, including politicians, businessmen and political activists with Twitter <TWTR.N> and Facebook <FB.O> accounts. None of the suspended accounts belongs to federal government employees or have an official connection with the federal government, while all belong to Bolsonaro supporters.

The solicitor general’s role is to argue the current government’s position on matters.

The president’s lawsuit calls for the immediate unblocking of the affected accounts, arguing blocking them “defies the Constitution.”