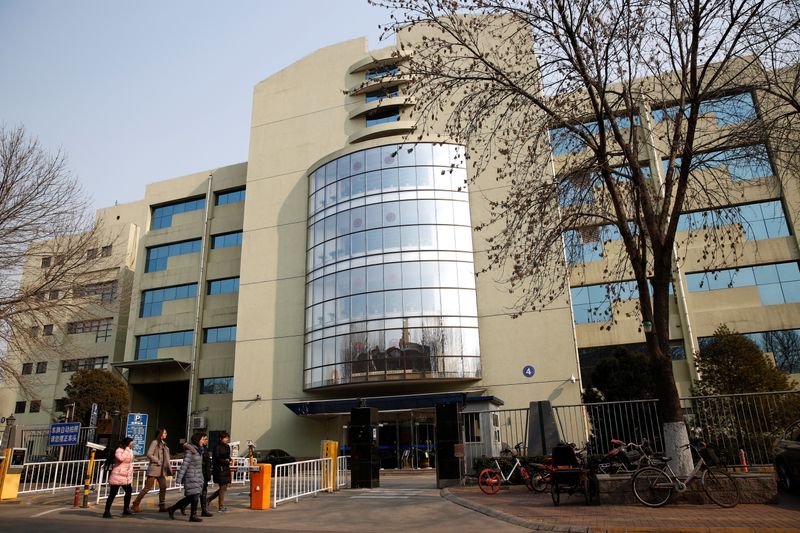 By Julie Zhu and Cheng Leng

Chinese financial regulators announced on Friday they had temporarily taken over brokerages, trust companies and insurers linked to the embattled group, amid a campaign to stem systemic financial risks in a slowing economy.

Tomorrow’s founder Xiao Jianhua was investigated more than three years ago amid a state-led crackdown on conglomerates, and has not been seen in public since 2017.

Shanghai-listed Xishui Strong Year Co Ltd Inner Mongolia <600291.SS>, a cement and clinker manufacturer and a controlling shareholder with a 51% stake in Tianan Property Insurance, one of the nine companies seized by regulators, fell by the daily limit of 10% in morning trade on Monday.

And Shenzhen-listed Zhongtian Financial Group Co Ltd <000540.SZ>, which said in 2017 it planned to buy up to 25% https://www.reuters.com/article/us-zhongtian-fincl-huaxia/chinas-zhongtian-financial-to-buy-up-to-4-7-billion-stake-in-huaxia-life-idUSKBN1DL052 in Tomorrow-linked Huaxia Life Insurance, dropped by over 8% during the morning session before it narrowed losses to 1.69%. Huaxia Life was another company seized by the government on Friday.

The benchmark Shanghai Composite Index <.SSEC> was up 2.6% in morning trade, while the main Shenzhen index <.SZSC> was up 1.8%.

Xishui Strong Year said in a statement on Monday that the ultimate impact on it of Tianan Property Insurance’s seizure was still uncertain. It added that it would actively cooperate with the regulators.

Zhongtian Financial Group said in a statement that its stake purchase was still underway and it was still assessing what the government takeover means and would communicate once that was clear.

On Saturday, Tomorrow lashed out at the state takeovers, in a rare example of public criticism of official actions. The statement was quickly removed from its social media account

Regulators said on Friday that they had taken over the companies for one year, during which their operations will remain normal. They said the takeovers won’t change their debt obligations or creditors’ rights.

Creditors had total exposure of between 40 to 50 billion yuan ($7.15 billion) in the nine firms, state-backed Shanghai Securities Journal reported on Monday, citing unnamed regulatory sources. It added that the risk of wider contagion was limited.

Tomorrow-linked Baoshang Bank was taken over in May 2019 by regulators, citing serious credit risks. The seizure was the first of a bank in China in nearly two decades and sent shockwaves through the financial system.

“Beijing is clearly interested in cleaning up its financial system and taking down some larger companies that have no strategic value to China. The relationship between Tomorrow Group and the troubled Baoshang Bank may have tipped the balance for Tomorrow Group,” said Andrew Collier, founder of Orient Capital Research.

In May 2020, regulators announced they had extended Baoshang Bank’s one-year takeover by a further six months.

“As the asset clean-up of Baoshang Bank comes to an end, regulators need to concentrate on handling the complicated web of debt of other Tomorrow Holdings affiliates,” said Wang Yifeng, analyst at Everbright Securities.