How to Win the COVID-19 Information War

In April of this year, I published articles in RedState and The Federalist, pointing out that the modeling being done at the time was the wrong approach for making the complex decisions needed for the COVID-19 issue. At that time, I warned that due to the complex nature of the problem and because there was very little data, the existing models were bound to be wildly inaccurate. Many of us now know that this is precisely what happened.

My solution at that time was for scientists and stakeholders to instead use participatory scenario modeling and Decision Science methods (e.g., Bayesian networks) to help decision-makers assess and choose among different and competing decision options related to the health and economic issues tied to the COVID-19 issue. In the April article, I stated the following: “No experienced decision-maker would (or should) rely on any one model or anyone subject-matter expert when making complex decisions with so much uncertainty and so much at stake.” My warning in April further stated that experts and decision-makers, “often rig the participatory models.” I qualified that warning by stating, “I’m not saying this is occurring with COVID-19, but it has happened before, and it could happen again.”

Well, the data is in now, and it’s pretty clear that certain local, state and federal decision-makers are not only cherry-picking the experts but the data as well. There are numerous reliable sources of descriptive statistics and scientific research articles clearly showing that COVID-19 is no more dangerous than the flu. In fact, the data are actually pointing the way to exactly the kinds of high-quality decisions that our local, state, and national leaders should be making. For example, the data shows that certain groups of people (e.g., elderly communities and people with specific co-morbidities) are more susceptible to COVID-19. In contrast, children are apparently quite safe from the disease. This kind of information, in combination with Decision Science methods, would undoubtedly support decisions to direct resources into helping the vulnerable and allowing our kids to go back to school. In other words, the data would (and should) be helping decision-makers by allowing them to target their resources and efforts, thereby making higher quality decisions. The data does not support the complete shutdown of the economy or the continued closings of schools, churches, etc. Unfortunately, this is not how the data is being used, and the information is being ignored. The blame lies largely on the cherry-picked experts, like Fauci et al., local politicians with a dishonest agenda, and the never-ending drumbeat of fear perpetuated by the media. 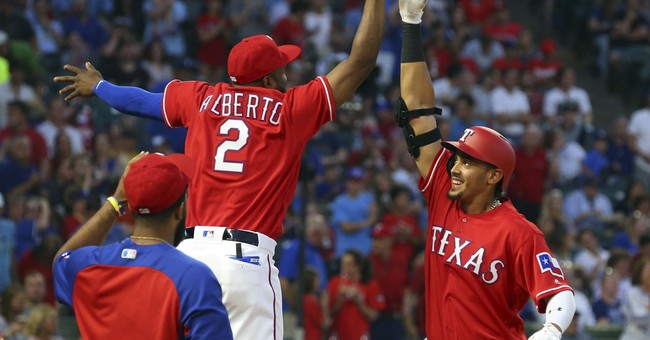 In reality, there are thousands of highly qualified health care experts (backed by numerous scientific research articles) who are against the draconian measures suggested by the dishonest decision-makers and their cherry-picked experts. Yet, few people are aware of the views of these experts. The fact that there are disagreements among scientists is exactly as it should be with such a complex scientific issue (i.e., science demands multiple working hypotheses). The problem is that the cherry-picked experts get all of the attention and the thousands of other scientists are being ignored and censored. The media, along with certain local and state politicians and school administrators, have now wholly politicized the COVID-19 issue.

Consequently, we still have the same underlying decision problem(s), but they are now exacerbated by a false perception problem within our communities (primarily fear) and a lack of trust in science itself. In other words, we have an information problem and a lack of ethics. Without ethics, public service becomes self-service, the news becomes propaganda, and science becomes quackery. It is shameful. We all know that most politicians and the media are snakes, but scientists like Fauci et al. should know better. It also reminds us that all politics are local, and if you want to drain the swamp, the plug is at the bottom (e.g., school administrators, teachers unions, mayors, etc.). The result of all of this is that President Trump is in grave danger of losing the information war.

The solution is to urge President Trump (and the rest of us) to get this information to the public by any means necessary and to discuss these problems (and solutions) loudly and often (i.e., daily from now until the election). The President should immediately set up a task force consisting of a select group of these silenced experts along with Fauci (I’m guessing Fauci will decline the offer). The task force should also include representative stakeholders (e.g., parents with school-aged children, teachers, nurses, small business owners, etc.) and use participatory scenario models and Decision Science methods like the ones I described in April (but now better informed because of the new data). The President should then execute a nightly (or at least weekly) “Fire Side Chat” with the American people, so we can hear directly from him and members of his task force (not just Fauci) regarding the how’s and why’s of their decisions going forward. As I stated in April, the participatory nature of Decision Science, “makes assumptions more transparent, helps people better understand the issues, and builds trust among competing interests.”  I am certain that Decision Science will result in higher quality decisions than those that have been made thus far. It will also go a long way towards rebuilding the public’s trust in science and allaying their fears perpetuated by the unethical media, and their cohort of local politicians and cherry-picked experts.

Biography: Jon McCloskey is a U.S. Navy veteran who worked his way through college and earned his Ph.D. in Ecology and Environmental Science in 2006. He has minors in Statistics and Remote Sensing/GIS and is the author of numerous peer-reviewed scientific research articles. Dr. McCloskey has created several innovative spatial and statistical models and decision-support tools for a wide variety of professional SMEs outside of Environmental Science. Dr. McCloskey is despised by the pseudo-scientists in the Environmental “profession” for his refusal to drink the Kool-Aide and keep his mouth shut…and because he supports President Trump (they really hate that).