When Cancel Culture Cult Leaders Cancel Each Other Out 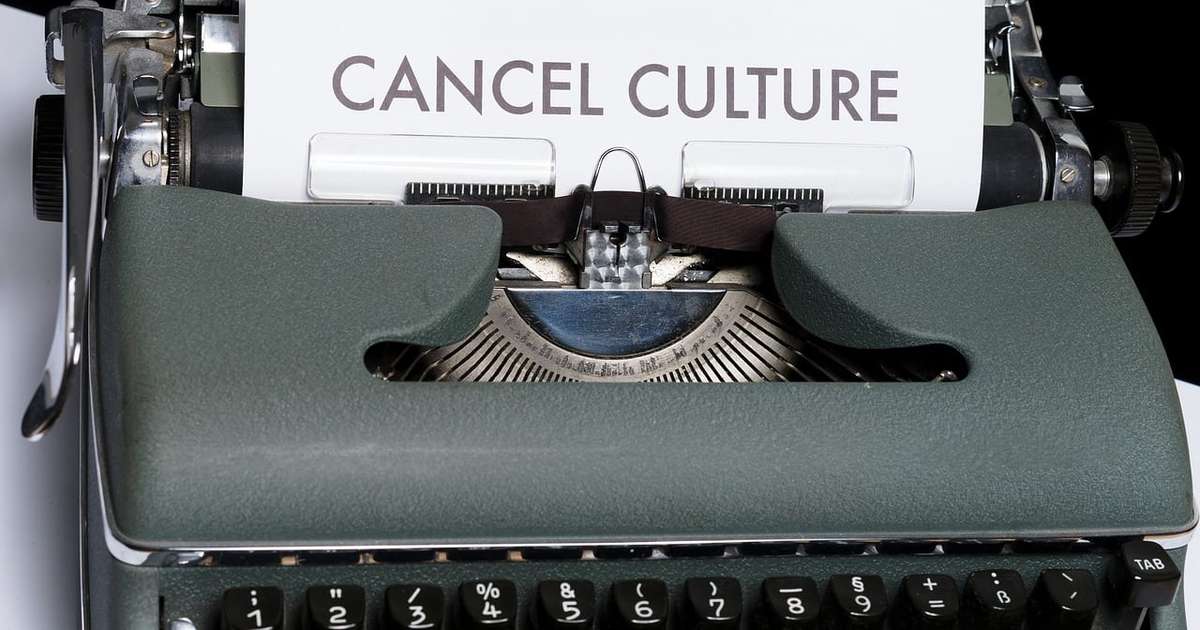 Over at sister site Hot Air, Ed Morrissey calls this story “peak 2020.” It’s hard to argue with that, but for the fact that we’re only in July and barely into hurricane season. The election is still a few months away. The murder hornets never did live up to their billing. 2020 has a ways to go, but this is pretty amazing.

The essence is that two of cancel culture’s cult architects are now trying to cancel each other out. They are wielding the accusations they use to cancel other, usually innocent, people on each other. In the process they reveal a couple of things. The first is that they may just be crazy psychopaths out to hurt other people because that’s what psychopaths do. The second revelation is something I’ll get to later in the post.

The story is penned by Nandini Jammi of Sleeping Giants and is thus one side of whatever happened. Sleeping Giants is behind many of the boycotts and cancel attacks that have come like another plague upon our times. In her Medium post, Jammi accuses her partner at Sleeping Giants of all the things Sleeping Giants mechanically accuses everyone else of doing, from gaslighting to excluding and diminishing, and being a white male. It’s quite a read.

Sleeping Giants quickly became popular because we brought good news everyday. Each day, advertisers would drop Breitbart or some other horror show. Best of all, anyone could participate.

Together, we built a community of 400,000+ followers, who helped us lose Breitbart 90% of its ad revenues, put Bill O’Reilly out of a job and deplatform hate figures like Alex Jones and Milo Yiannopoulos.

Behind that magical flow of daily wins? I was working behind the scenes to identify which advertisers needed an extra push. I was creating actions for our Facebook community: first testing email addresses privately, then writing email templates for our followers to send. This became a core tactic that helped us move fast.

My work got Facebook VP Carolyn Everson on the record for the first time in 2017 about their partnership with Breitbart. I also masterminded the strategy that resulted in Robert Mercer stepping down as co-CEO of Renaissance Technologies.

Bragging about devising insidious campaigns to destroy free speech is quite the flex. In an earlier era Jammi would credibly be accused of blacklisting because that’s exactly that this is, with a high tech update. It designs and disseminates templates anyone can use to attack free speech, or the police, whatever the cause du jour, in their own back yard.

That quote also includes the second revelation I mentioned above.

In a post a few days back, on the Ford CEO who told staff the automaker would keep making police cars, I asked:

All these demand notes sound the same. They have a similar ominous and accusatory voice and style. Serious question: Who is writing them? The mainstream media never turns over that particular rock.

I follow all this stuff pretty closely and know of this group but it’s likely their average target has never heard of them or what they do. It is one of the main entities behind moves such as the demand letter to Ford and presumably many others out there. And the media, as you’ll see later on, loves the Sleeping Giants. Media never ever question whether these two individuals should be treated as credible voices. Instead, they give them a trophy.

That’s relevant for many reasons, among them the fact that Jammi just used the same ominous and threatening accusations against her longtime partner at Sleeping Giant, Matt Rivitz. Jammi levels the usual cancel culture accusations against Rivitz in the subheading of her post:

How my white male co-founder gaslighted me out of the movement we built together.

Her now-former partner may be awful, but Jammi is deciding, on her own, to leave.

The post goes on to describe Jammi’s one-sided view and includes many references to color, gender, “worth,” “value” and the like.

I want to show you how a woman of color almost disappeared from the movement she built, and what you can achieve when you refuse to follow the rules your white male “leader” sets for you.

Matt will never admit this, but we are equals.

Given all the baggage above and in the post, she’s calling him a racist and male chauvinist. Both of those may be true or not, but it has never been difficult to find hypocrites on the left.

When Matt and I came out in July 2018 on the front page of the business section of the New York Times, I believed it was as equal partners. It was through Matt’s subsequent media appearances I realized he considered me an optional part of the story.

In the weeks after we went public, he positioned himself as Founder of Sleeping Giants and went on to take interviews with Pod Save America, Kara Swisher and AdWeek. In AdWeek, I ended up portrayed as “one of the individuals who helps him run the accounts.”

In other words, the cancel warriors started battling behind the scenes over credit, which earlier in the post Jammi says she never wanted. The bottom line battle here is one of egos.

Without my knowledge, my story was being defined by someone else — a white man who could use his platform to exclude me, diminish me, or disappear me entirely. He never once invited me to join him. I never had any idea he was doing any of these interviews until it was too late.

Look at all those accusations — exclude, diminish, disappear. Those are exactly the sort of accusations Sleeping Giants through its campaigns levels at everyone with whom it disagrees.

Now Sleeping Giants is a circular firing squad. Anyone or anything that finds itself on the receiving end of these accusations should note just how opportunistically they raise the same accusations each other, during what amounts to a battle between egos. How sincere can their campaigns for “justice” really be?

And again, the suggestion that race and victimhood are propelling their issues:

I didn’t have the media attention or connections that Matt did. I wasn’t 45, white and I certainly didn’t know anyone in advertising. I was young, unknown, and invisible.

When it’s really about egos.

Things seemed to fall on the track to fall apart when Rivitz went off to Cannes to accept a major award from the advertising industry without telling Jammi. And yeah, that looks absolutely awful, as do many of his other actions. There are no heroes among those who live to kill our fundamental rights.

Here, let’s pause for a moment to ponder Rivitz’s award. Sleeping Giants is all about blackmailing and blacklisting, not advertising as such. Yet, like Walter Duranty winning the Pulitzer for publishing fake news to support Stalin’s genocide, here the very advertisers intimidated by Sleeping Giants award the group’s self-appointed frontman for buttonholing them and for hurting untold numbers of innocent people simply for exercising their rights and expressing their ideas.

Did they engrave the trophy “Please eat us last, Mr. Alligator”?

I felt humiliated. I spent the week unable to eat, sleep, or function — I had put on my personal website that I’m “founding organizer” of Sleeping Giants. Would people think I was lying about my involvement?

That’s quite the self-destructive reaction.

Jammi writes that she stopped forwarding generic media requests to Rivitz — just how many media requests were they getting? — and started taking requests and speaking engagements for herself.

Let’s pause to note that she could have done this all along, and as a young, intelligent, telegenic leftist woman would probably have done fine.

Let’s also note that wherever a leftist speaks, no matter how unhinged or intolerant their views are, there will be no one there to cause security issues or otherwise try to run them off the stage. Leftists who endanger others’ livelihoods are always safe to speak in public. Conservatives…not so much. Voices of the right have been getting threatened and even assaulted on college campuses for going on two decades now.

The rest of Jammi’s posts contains lots of “I” references. Let the reader make of that what they will, as it comes from a person who at the beginning of the post said credit was never her motivation.

Jammi is leaving Sleeping Giants, but in their final conversation, Rivitz revealed that he’s still out to get everyone who disagrees with them.

A few weeks ago, I told Matt I was researching ways to put pressure on Facebook. He told me he had just gotten off a call with the ADL about a potential campaign. He was having meetings about what they would later announce as the #StopHateForProfit campaign. Once again, he was leaving me out of the room.

These folks who can’t even get along with each other without resorting to smears and deception are crushing free speech and free thought in this country. No one in their right mind should ever listen them. They are enemies of free speech and deserve their own cancellation.