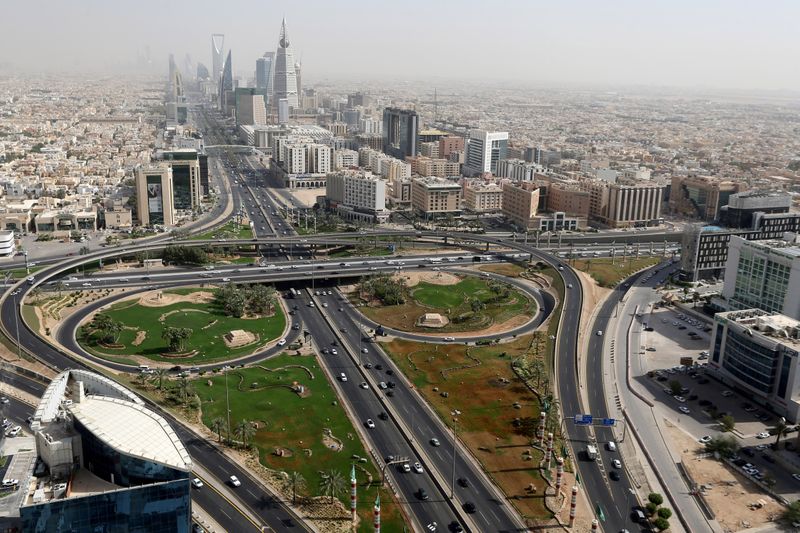 LONDON (Reuters) – Saudi Arabia is pressing on with plans to double the size and population of its capital city in the next decade, a government official said, despite an economic downturn due to the coronavirus crisis and low oil prices.

Fahd Al-Rasheed, president of Riyadh’s royal commission, said the government has already committed some $266.6 billion for ongoing and new projects as part of total investments of some $800 billion over the next 10 years in participation with the private sector to transform the city.

“The idea is for Riyadh to become a 15 million person city by 2030,” he told Reuters, saying growth would create jobs.

“Riyadh is already the epicentre of economic development in the country and the region … We have now the ambitious plan under Vision 2030 of doubling both our economy and population over the next 10 years.”

Vision 2030 is Crown Prince Mohammed bin Salman’s plan to shake up the conservative kingdom by weaning the economy off oil and building new industries and mega projects with the private sector to generate millions of jobs.

But low oil prices and the coronavirus have hit the country’s finances at a time when state spending remains its economic engine and large foreign capital inflows have proven elusive. Unemployment among Saudis stands at 11.8%.

Rasheed first disclosed plans to turn the city of some 7 million people into what he then described as a mega-metropolis in an interview with the Arab News daily in January, before the coronavirus swept the world and oil prices collapsed in April.

The government this year launched austerity measures, including a tripling of value-added tax, after posting a budget deficit of $9 billion in the first quarter.

Work on the Riyadh Metro and an industrial and financial zone in the capital continues, and authorities last year announced four initiatives worth $23 billion to improve the city’s quality of life.

These include an entertainment complex and sports venues, installing more than 1,000 works of public art and the creation of a park four times the size of New York’s Central Park. https://reut.rs/2O4w84W

Rasheed said most of the projects to transform the city are scheduled for completion between 2023 and 2025, but parts of the metro would be running by year’s end.

“We know there is a deep need and pent up demand for entertainment: 65% of the population is under 30 and they’ve been craving this kind of change,” Rasheed said.