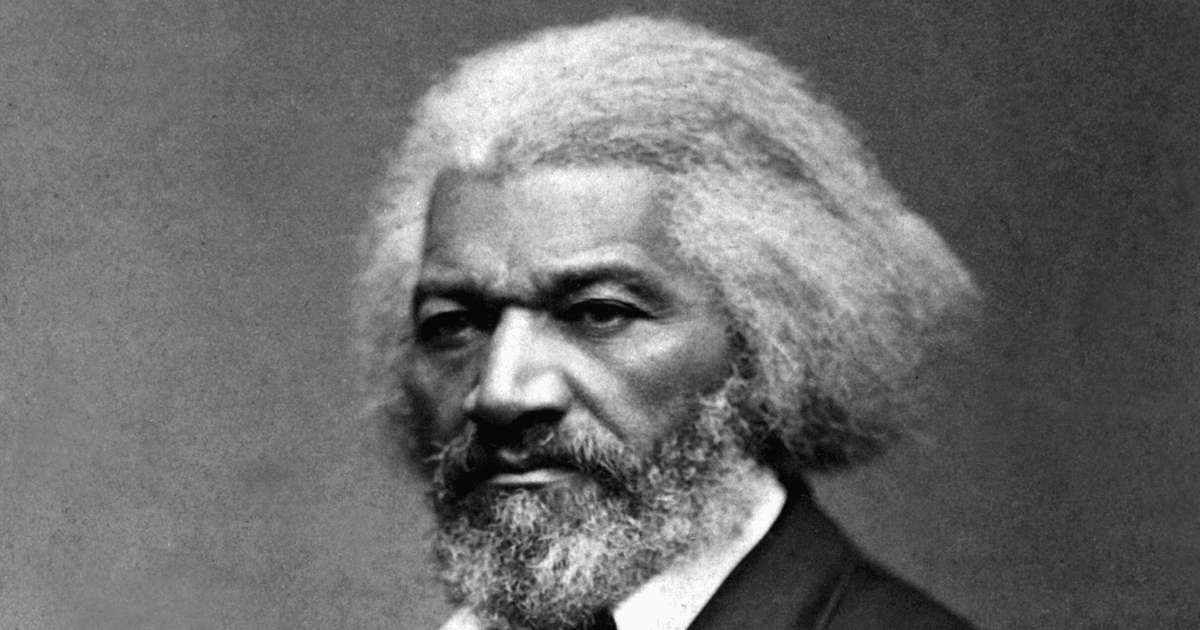 Protests over the horrific police killing of George Floyd infamously devolved into riots and looting that destroyed black lives, black livelihoods, and even black monuments. The iconoclastic vandals who began by toppling Confederate monuments moved on to defacing statues of America’s Founders, Indian nationalists like Mahatma Gandhi, and even a monument to the 54th Massachusetts regiment, the first black volunteers to fight for the Union in the Civil War. Yet one of the most grotesque acts of vandalism came on Sunday when vandals toppled a statue of former slave Frederick Douglass in Rochester, N.Y.


Vandals somehow removed the Douglass statue from its base and dropped it near the Genessee River gorge, the Rochester Democrat and Chronicle reported. Located in Maplewood Park, the statue “had been placed over the fence to the gorge and was leaning against the fence” on the side of the river, Rochester police said in a statement. Authorities found the statue about 50 feet from its pedestal.

The vandals dislodged the statue exactly 168 years after Douglass delivered one of his most important speeches. He delivered “What to the Slave is the Fourth of July” on July 5, 1852, speaking to the Ladies’ Anti-Slavery Society at Corinthian Hall in Rochester. Douglass, who escaped slavery in 1838 and settled in Rochester, lamented the horrific institution and the Fugitive Slave Act of 1850. The black community in Rochester celebrated American independence on July 5, rather than July 4.

“Your high independence only reveals the immeasurable distance between us. The blessings in which you, this day, rejoice, are not enjoyed in common. This Fourth July is yours, not mine. You may rejoice, I must mourn,” Douglass said. Yet he praised the Founders and insisted that the Constitution’s principles and purposes are “entirely hostile to the existence of slavery,” a marked departure from the mindset of the anti-American “1619 Project.”

“Now, take the Constitution according to its plain reading, and I defy the presentation of a single pro-slavery clause in it. On the other hand it will be found to contain principles and purposes, entirely hostile to the existence of slavery,” Douglass wrote. He expressed hope — even on the brink of the Civil War — that “the doom of slavery is certain.”


Americans have taken to reading Douglass’ historic speech on the Fourth of July, and his descendants did so this year. It is heinous to see the great man’s statue dislodged on the very anniversary of his most famous speech.

According to Carvin Eison, a leader of the project that brought statues of Douglass to the city, this particular statue suffered damage too extensive to be repaired. The base and the lower part of the statue suffered damage, as did the finger on the statue’s left hand. Eison promised, however, that another statue will take its place.

Even the statue’s location was historically significant. Maplewood Park includes Kelsey’s Landing, where Douglass, Harriet Tubman, and others helped slaves escape to freedom via the Underground Railroad.

Douglass is buried at Mount Hope Cemetery in Rochester. After his death, he became the first black American to be commemorated with a statue — a monument that now resides at Frederick Douglass Memorial Plaza. In 2018, Eison led the effort to place thirteen additional Douglass statues — including the one at Maplewood Park — around the city, in remembrance of his 200th birthday.

“It’s particularly painful that it happened at this time,” Eison told the Democrat and Chronicle. In comments to WROC. he wondered whether the toppling of Douglass’ statue is a form of “retaliation” for the toppling of Confederate monuments. “Is this some type of retaliation because of the national fever over confederate monuments right now? Very disappointing, it’s beyond disappointing,” he said.


While most cases of vandalism have involved graffiti leaving clues as to the intention of the vandals — the 54th Massachusetts monument was spray-painted with Black Lives Matter and George Floyd-themed graffiti, for example — Rochester police said they did not find any graffiti on the statue or by its base. Given recent trends, it seems possible that either Black Lives Matter/antifa vandals mistakenly dislodged the statue or that white nationalists targeted the monument to this black American giant.

In 2017, my alma mater, Hillsdale College, erected a statue honoring Frederick Douglass. On January 21, 1863 (in the middle of the Civil War), the former slave spoke at Hillsdale in a speech entitled “Popular Error and Unpopular Truth.” He honored Hillsdale because the college opposed slavery. Hillsdale College’s 1844 charter committed the institution to accept students “without regard to race, sex, or national origin.”

The Douglass statue stands in a circle around Hillsdale’s monument to the Union soldiers who fought to hold America together and to free the slaves. The circle also includes a statue of Abraham Lincoln.

“Douglass came here to remind us what a college is. It’s not just a proclamation of the evil of slavery. It’s a proclamation on the nature of man—of all of us, of what we can do, of what we’re made for,” Hillsdale President Larry P. Arnn said at the unveiling of the Douglass statue.

While Confederate statues are rightly controversial, vandals have also targeted statues of America’s Founders, including writing “1619” on a toppled statue of President George Washington. This reference to The New York Times‘s “1619 Project” shines light on the iconoclasm. The project claims that America’s true founding came with the arrival of slavery in 1619, not the Declaration of Independence in 1776. If so, America is irredeemably racist and it makes sense to throw out the entire project. Yet Douglass himself shows that this is not true — his comments about the Constitution stand as a powerful rebuke to the “1619 Project.”


Even so, some on the left have shamefully joined the bandwagon, refusing to condemn the vandalism of statues commemorating America’s heroes and even suggesting that Mount Rushmore represents oppression or “white supremacy.”

The vandalism of Frederick Douglass’ statue should serve as a wake-up call. The vandalism has not stopped with Confederate monuments. Trump has rightly responded with force, ordering the prosecution of vandals when possible. The Department of Justice has arrested more than 100 people for rioting and destruction. Left-leaning officials may have comforted themselves with the idea that rioters are only targeting Confederate monuments, but this has not been true for some time. State and local officials need to follow Trump’s example and crack down on the vandalism.

Americans on both sides should be incensed at this attack on Douglass, a former slave, masterful orator, and patriotic American. The vandalism needs to end.

As Rioters Topple Statues of George Washington, DNC Singles Out Another Symbol of ‘White Supremacy’