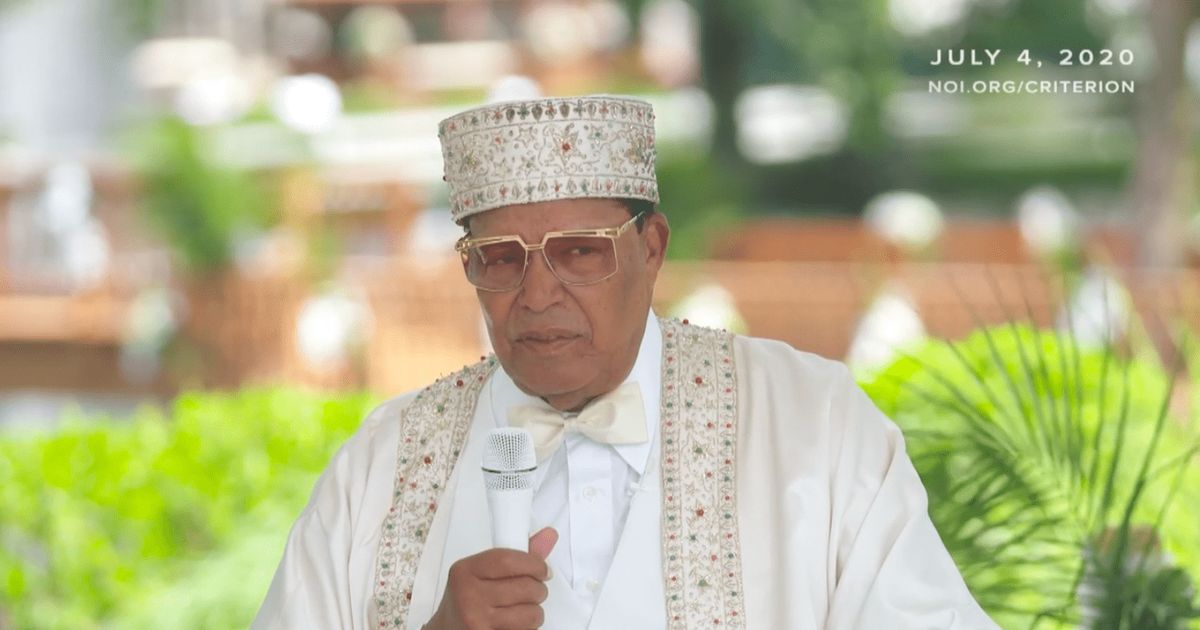 Rabid anti-Semite and Nation of Islam (NOI) leader Louis Farrakhan used his Fourth of July message to warn black people in Africa and the United States against taking a vaccine for the Wuhan coronavirus. He suggested that Dr. Anthony Fauci and Bill and Melinda Gates are scheming to “depopulate the earth” and warned his fellow blacks, “Don’t let them vaccinate you.”


“But now what will you do with corona? A pestilence from God,” Farrakhan began. “What will you do? What can you do? You at your wit’s end.”

“I say to my brothers and sisters in Africa, if they come up with a vaccine, be careful,” the NOI leader added. “Don’t let them vaccinate you. With their history of treachery through vaccines, through medication, are you listening? I say to the African presidents, do not take their medications!”

“I say to those of us in America, we need to call a meeting of our skilled virologists, epidemiologists, students of biology and chemistry, and we need to look at not only what they give us, we need to give ourselves something better,” Farrakhan added.

He then claimed to speak for “black America, for Hispanic America, and for the Native Americans.”

He warned that doctors and philanthropists are “plotting to give 7 billion 500 million people a vaccination.”

“Dr. Fauci, Bill Gates and Melina, you want to depopulate the earth,” Farrakhan charged. “What the hell gives you that right?! Who are you to sit down with your billions and talk about who can live and who should die? You have sentenced billions to death.”


Farrakhan then suggested that the Nation of Islam should work on its own to create a coronavirus vaccine.

It seems fitting that a notorious anti-Semite like Farrakhan would concoct so absurd a conspiracy theory. Those who work themselves into a fury about some hidden secret Jewish cabal may well look on modern medicine with skepticism, but there is no shred of evidence to suggest that Gates — much less Fauci! — has some nefarious intent behind his efforts to fight coronavirus in Africa. The idea that western medicine is secretly racist is similarly absurd.

Yet the worst part of Farrakhan’s absurd conspiracy theory is the tragic possibility that some black people — angered and polarized in the wake of the horrific police killing of George Floyd and the destructive riots after it — might fear those supposedly racist white doctors and refuse a coronavirus vaccine when one becomes available. The coronavirus infects people of all races and walks of life, and our entire society needs to embrace an effective vaccine once it becomes available. Those who refuse the vaccine will find themselves at greater risk of infection, sickness, and death.

Thankfully, the fact that black doctors like Surgeon General Jerome Adams and former neurosurgeon Ben Carson, now director of the Department of Housing and Urban Development (HUD), trust Dr. Fauci on such matters should set Farrakhan’s conspiracy-mongering to rest. A coronavirus vaccine is a coronavirus vaccine — meant to save life, not to “depopulate the earth.”


Farrakhan’s remarks about vaccines come around the 1:50:00 mark.