China Accounts For 94% Of US Fireworks Imports

Even though America is expected to experience a much quieter Fourth of July this year, it still imported 40,700 tons of fireworks worth $100 million through April of this year, and as Statista’s Niall McCarthy notes, most of the bottle rockets, roman candles and other fireworks arriving into the country trace their origin to China. 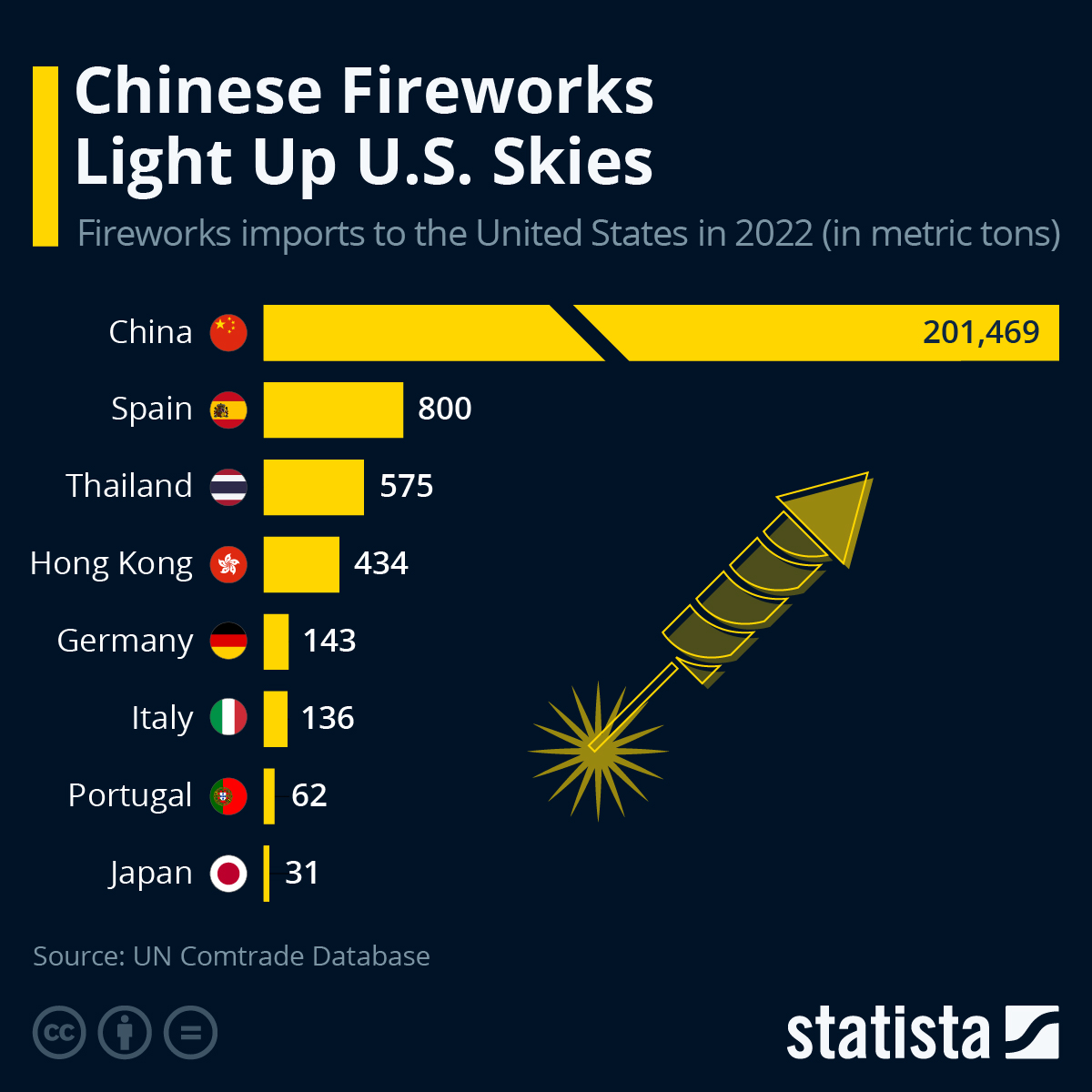 You will find more infographics at Statista

Interestingly, one man drives fireworks trade across the Pacific and his name is Ding Yan Zhong, a Chinese businessman.

Also known as “Mr. Ding”, his companies account for about 70 percent of the pyrotechnics entering the U.S. and on average, 72 of his containers enter the country every single day. Even though China accounts for the bulk of the fireworks trade by far, the U.S. does count on several other countries for imports. Spain comes second in terms of import value with nearly $5 million, a miniscule amount compared to China.