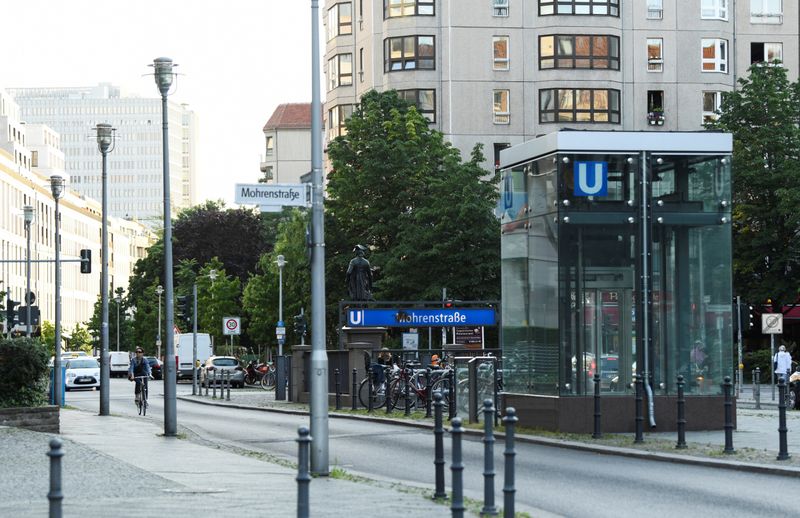 BERLIN (Reuters) – Berlin’s public transport company BVG said on Saturday that completing the renaming of a city centre metro station with a name based on a derogatory word for Black people will take until the end of the year.

It will be renamed after another nearby street, Glinkastrasse, named after 19th century Russian composer Mikhail Ivanovich Glinka.

BVG said on Friday it would change the station name, amid a worldwide reckoning with buried legacies of racism and colonial crimes underpinning many western societies, sparked by the death in the United States of George Floyd, a Black man, at the hands of a police officer.

The station lies a few hundred metres from the Brandenburg Gate at the very centre of Berlin, and has had a string of names since it was opened in 1908.

“We will change all network plans, signs at the stations and on buses. Everything must be changed on the subways,” said Rolf Erfurt, a BVG board member, in an interview with Reuters TV.

“We will have completed that by the end of the year,” he said.

“I think it’s fantastic (to rename the station) because I think it is not on in the 21st century to name streets after racist insults against Black people,” said Akwasi Osei-Dwomoh, a passer-by.

“I wish that not just the metro station, but also the street itself, will find a better name.”

(Reporting by Vera Eckert in Frankfurt; Editing by Hugh Lawson)