Joe Biden Has a ‘Racist’ History as Senator

You’ve surely seen the clip, so there’s no reason to repla– ah heck, here it is again, just for kicks:

Joe Biden has a message for Black Americans who don’t do what he says: “you ain’t Black!”https://t.co/blYLyRuLvX pic.twitter.com/Ax6MHTkkdC

As I noted previously, the news had to be core-shaking for poor Larry Elder:

In fact, the Breakfast Club VJ remains unconvinced about Joe, who faces a very common challenge among presidential candidates with a long legislative history: Why would anyone think he’s going to change things now, when he already had years to do so? 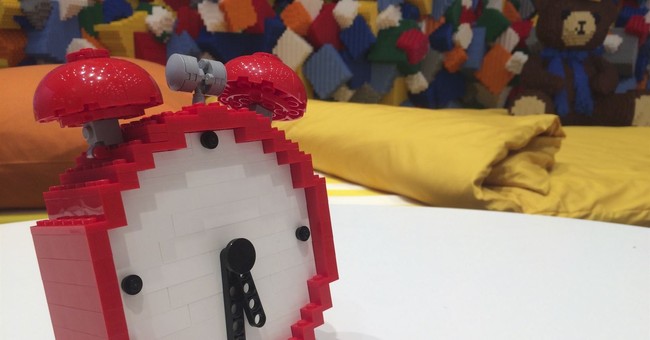 As reported by the New York Post, on Tuesday, Charlamagne said a mouthful to CNN.

He enjoyed Joe’s performance that day, addressing injustice and unrest:

“He did very well today in Philadelphia, you know, he said a lot of things that I wanted to hear, and I know it’s dream-selling season and politicians say what they need to in order to get elected, but I really enjoyed it.”

However, it’s time for a transformation:

“But I need some action, like I need him to really lean into blackness now.”

Does this look like a guy who can do that?–

He also washes his Trans Am shirtless.https://t.co/HCLpAe4O6v

[Phony photo courtesy of The Onion]

The 2020 hopeful’s certainly got his work cut out for him — Charlamagne explained Joe B. needs to be the new Lyndon B.:

“To me, it’s like this: If Barack Obama was JFK, then Joe Biden needs to be Lyndon B. Johnson. You know, he has the opportunity to be as progressive as Lyndon B. Johnson. Lyndon B. Johnson may have been labeled a racist, but his record doesn’t reflect that. LBJ’s record showed that he had, like, the most effective progressive record on race and class of any Democratic president of the past 80 years.

“I think, you know, Biden’s record in the Senate actually reflects very racist legislation, but he has a chance to correct that by doing right by black people.”

As noted by The Daily Wire, the host had more of those during a May 22nd interview with CNN’s Erin Burnett:

“[I]f you created legislation that hurts, then you have to create legislation that helps. It’s just that simple. Like, the whole system needs to be dismantled and rebuilt, and [Biden’s] been a very intricate part of that system, whether you’re talking about, you know, in ‘84, with the mandatory minimum sentences for drug dealers, or you’re talking about ‘86 with the crack laws that gave you more time for crack cocaine than powder cocaine, or you’re talking about the ’94 crime bill, like, he was really one of the people on the front line when it came to the war on drugs and mass incarceration.”

Charlamagne’s been a Biden cynic for quite a while — in February, he minced no words:

“I don’t understand the hype behind Joe Biden.”

“To quote Tupac, when I see Joe Biden, I’m like, ‘Yo, you really ain’t sh– without your homeboy.’”

Ladies and gentlemen, I believe we just saw the Trump’s campaign’s next T-shirt.

In the meantime, it seems Joe’s got a whole lot of work to do.

See 3 more pieces from me:

Don’t Confuse the Kids: LEGO Requests All Marketing for Its Police and Fire Sets Be Removed