California based Daniel Camarillo has decades of competition and coaching experience using a strategic combination of (he and his brother Dave’s) intense Judo and Brazilian Jiu Jitsu called ‘Guerilla Jiu Jitsu’. Camarillo trains those from all walks of life including kids, hobbyists, professional fighters and even celebrities. His opinions on the recent procedures which led to the death of George Floyd are very valuable. 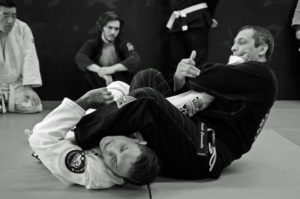 Earlier this week, Camarillo posted a video discussing a controversial post made by a high school wrestling coach, which appeared to mock the death of George Floyd and defend the actions of Minneapolis police officer Derek Chauvin who has been charged with manslaughter and murder.

According to KIRO 7, the post caused Washington High wrestling coach, Dave Hollenback to lose his job this week.

“This is for all the race baiters and people that don’t What (sic) they’re talking about when they’re saying that this could kill you,” read the Facebook post, which appeared to have since been deleted from the coach Dave Hollenbeck’s page.

We reached out to Mr. Camarillo for a statement to be clear on his point-of-view:

“I just want this to be clear. I’m not against police officers. I train with a lot of them. I’m for them and know a lot of good people in that field (law enforcement). My issue is towards Derek Chavin. After George was handcuffed. He is now in their care and is now dead due to their care.”