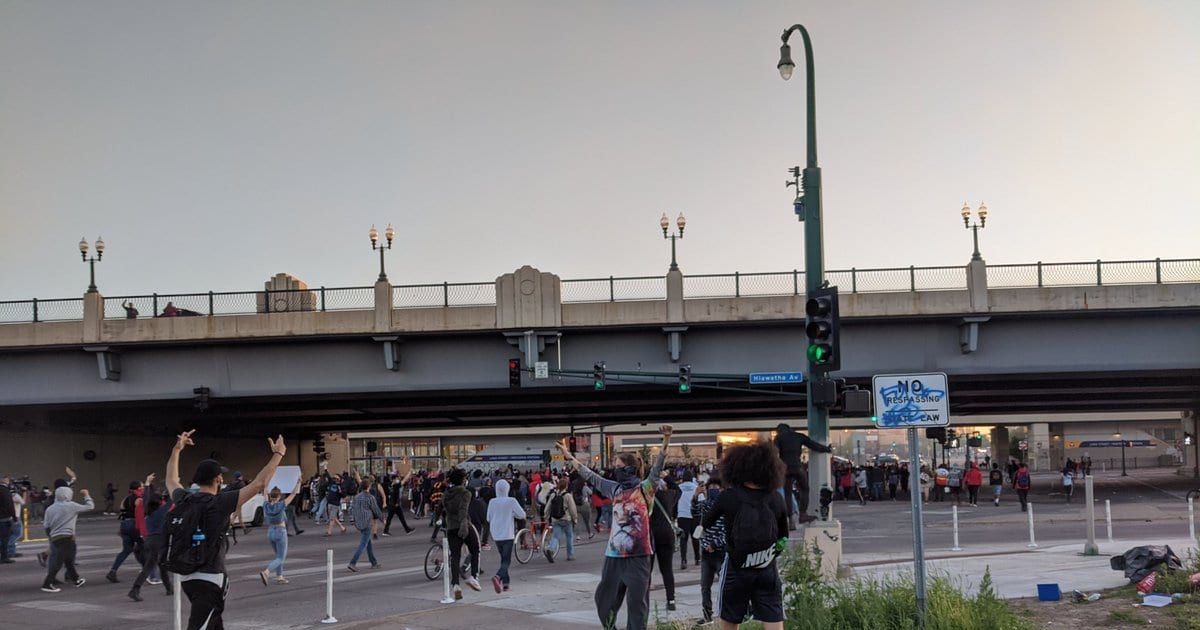 Townhall’s Julio Rosas is on the ground in Minneapolis this week, reporting on the protests and riots. Tonight he’s reporting that the riot police and the National Guard have abandoned a perimeter they had set up earlier in the day, chased away by the rioters.


For the fourth night in a row, protesters and rioters have descended on Minneapolis to protest the death of George Floyd at the hands of a police officer, who was arrested and charged with third-degree murder and manslaughter on Friday afternoon.

The city is under a curfew order, but rioters are refusing to disperse.

The situation on the ground is extremely volatile right now. Rosas says riot police shot him with a “non-lethal weapon” as he was kneeling some distance away, observing the scene.

🚨🚨🚨:The riot police and National Guard have completely abandoned the perimeter they had set up earlier. Rioters have chased them away. pic.twitter.com/4dld6P0Nve

Minutes ago Rosas, who’s a tough Marine, by the way, tweeted video of the protesters/rioters cheering as police and the National Guard abandoned their post near the third precinct, which rioters torched on Thursday night.

This is video of law enforcement leaving the perimeter they had set up and right before I got hit. pic.twitter.com/xvIlUhpS7x

“Things got out of hand after law enforcement told the crowd that had gathered that within ten minutes they were going to be in violation of that curfew order,” Rosas told Fox News’ Laura Ingraham. “They weren’t too happy with that so they started throwing all sorts of stuff, bottles, rocks, at the National Guardsmen and the riot police.”


Police were “firing back with tear gas, and, as I can attest to, non-lethal rounds,” he said. “Then they started pulling back. They pulled back completely.”

Most reporters on the ground tonight are saying there is no police presence in the area as the city burns and rioters continue to destroy private and public property. There are also unconfirmed reports of gunfire in the area.

Stay safe out there, Julio.

This is a developing story…