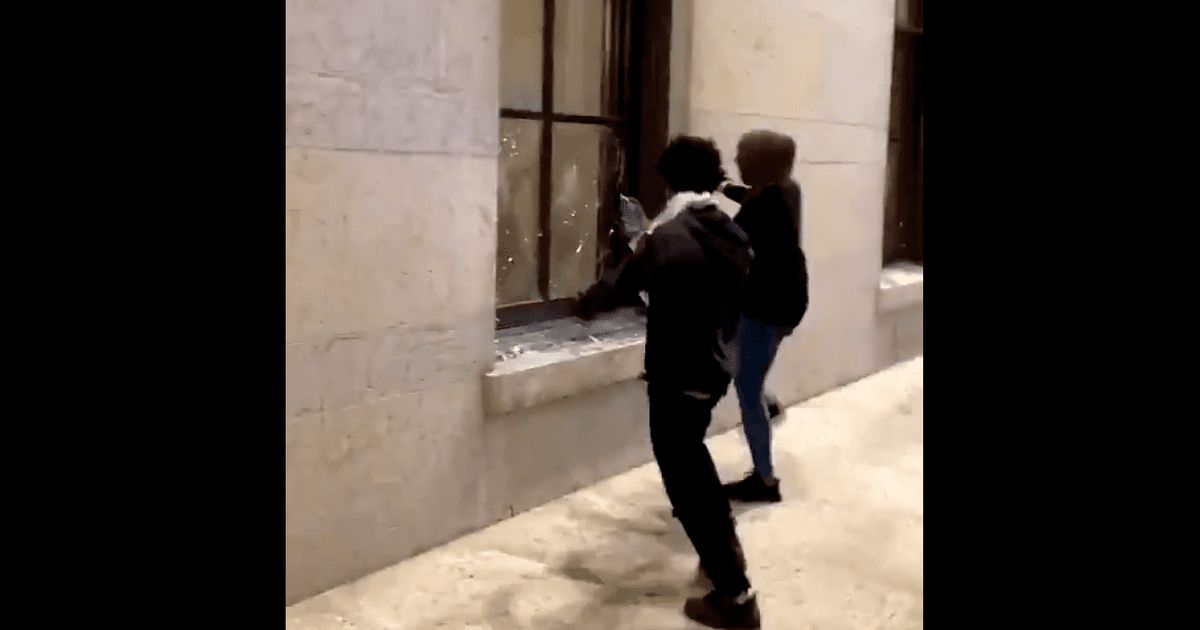 Rioters in Columbus, Ohio, launched an attack on the Statehouse in the early hours of Friday morning to protest the death of George Floyd in Minneapolis. Floyd, who was unarmed and subdued with handcuffs, died after a police officer pinned his neck to the ground with his knee and held it there until he stopped breathing.

The Statehouse in Columbus came under attack, with rioters breaking windows and some entering the building. There are unconfirmed reports that the protesters damaged the interior of the building.

WATCH: Columbus protesters targeting the Ohio Statehouse just a little bit ago. State troopers responded from inside & Columbus PD came over from the nearby street. pic.twitter.com/4P7kRNVMv5

A large crowd of people just tried to break into the Ohio Statehouse. Trash cans, etc thrown at windows. Then the group fled back down the steps when state troopers approached the doors from the inside.


Authorities wasted no time breaking up the attack on the Statehouse, sending in the SWAT team to disburse the crowd. Officers used a loudspeaker to announce that an emergency had been declared and ordered protesters to leave the area. Throughout the night and into the morning police deployed pepper spray, tear gas, and flash-bangs to control the crowd:

Police formed a line in front of the Statehouse. People dispersed along High St.

These are scenes of damage from earlier this evening.

Protesters also burned flags on the grounds of the Capitol:

Flags on fire outside the @OhioStatehouse tonight. We have team coverage of the protests across multiple @10TV platforms. #10TV pic.twitter.com/SE6YBk2esf

The protest began peacefully at around 8 p.m. local time but escalated throughout the night:

Officers speaking over loudspeaker again with same message as earlier telling people to leave the road. More things have been thrown at officers. @nbc4i pic.twitter.com/8SucB6ZfvL

Protesters are starting to break and tip over trash cans along High St. @nbc4i pic.twitter.com/Z8xLGk6KPe

As of publishing time, the crowd in Columbus had diminished, but some protesters remained.