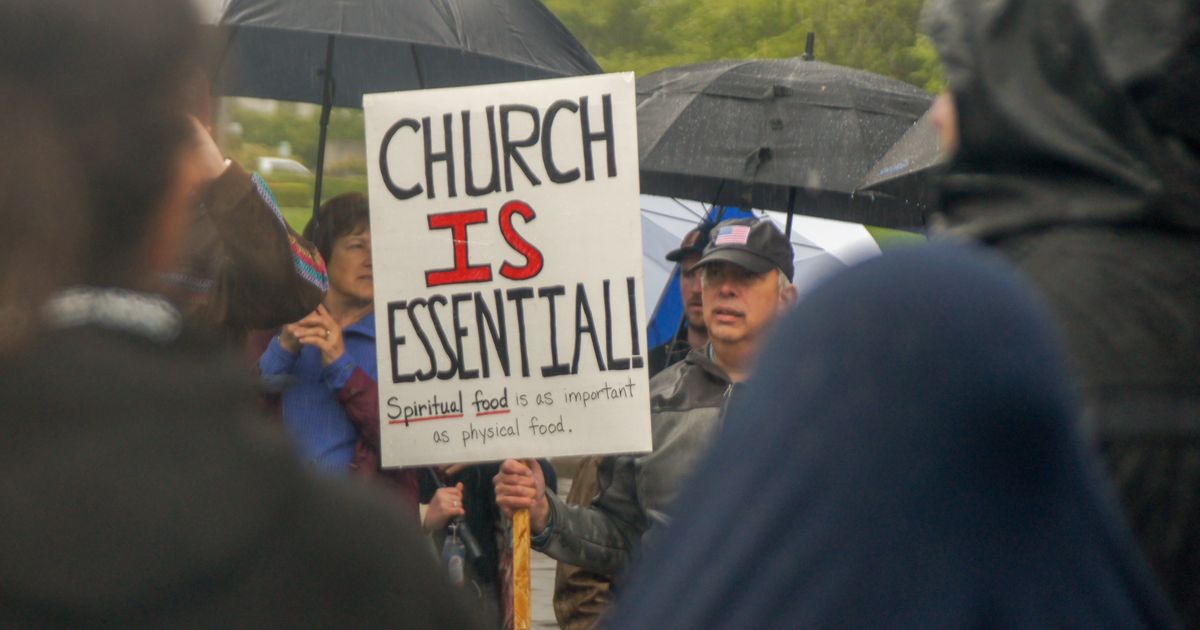 
Peter Breen, vice president and senior counsel at the Thomas More Society, which represented churches in three of the lawsuits, condemned Illinois for having “the harshest shutdown order in the country, with little regard for the rights of people of faith and ignoring the current best science. Every one of Illinois’ neighboring states has ‘followed the science’ and taken strong steps to safely reopen both their for-profit businesses and their not-for-profit houses of worship.” Yet Illinois did not revise its limits on churches until Thursday afternoon.

On Thursday afternoon, Pritzker announced that the Illinois Department of Public Health “has provided guidance, not mandatory restrictions, for all faith leaders to use in their efforts to ensure the health and safety of their congregants.” In other words, Illinois effectively lifted all restrictions on religious services.

“This is a total and complete victory for people of faith,” Breen said in a later statement. “Illinois’ governor and his administration abused the COVID-19 pandemic to stomp on the religious liberty of the people of Illinois. By issuing guidelines only and not the previously announced mandatory restrictions, he has handed a complete victory to the churches in Illinois.”

The Thomas More Society represented three separate lawsuits over the coronavirus restrictions, the latest of which involved five churches that filed the lawsuit on Wednesday.

Delgado’s studies showed that “the calculated risk of contracting COVID-19 at a house of worship is 0.125 or 12% the risk [of contracting it] at the supermarket, and no one is arguing that going to the grocery store is not safe.”

One of the five churches in the lawsuit, Zion’s Christian Assembly, operates a state-funded community food pantry in the church’s building. That food pantry was allowed, even encouraged, to serve the community, and it had 25 people in the building on May 21. But the same church building was forbidden to host a service with more than ten people.

“There is no logic that can defend why a Sunday worship gathering would be more dangerous to one’s health than a food pantry distribution in the same location, with the same number of people. Yet the former is prohibited, and the latter encouraged,” Thomas More Society Senior Counsel Martin Whittaker argued. “That is blunt defiance of the Illinois Constitution’s Bill of Rights and of the Religious Freedom Restoration Act.”


Called out on this horrendous violation of religious freedom, Pritzker caved, and now Illinois churches can open with no restrictions, only guidance. This comes just in time for Pentecost this Sunday, the holiday that celebrates the birthday of the Christian Church. What a celebration that will be in Illinois!