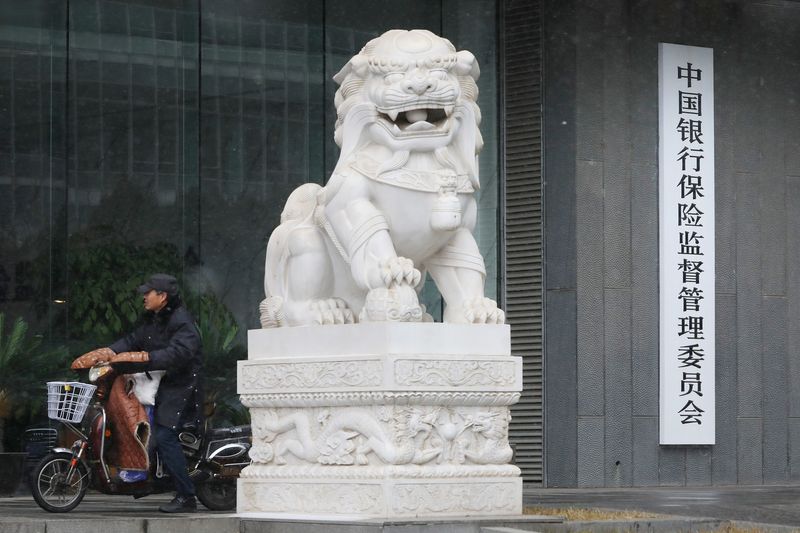 BEIJING (Reuters) – China’s banking and insurance regulator said on Tuesday that bad loans at banks now stand at a high level due to the impact of the coronavirus pandemic.

“Asset quality at smaller banks will also be under pressure this year, and credit risks in some institutions will continue to accumulate,” according to a statement sent by China’s Banking and Insurance Regulatory Commission (CBIRC) to Reuters.

Small firms have been allowed to delay loan and interest repayments to help them weather the dislocation in the economy caused by the lockdown ordered while bringing China’s epidemic under control.

The country’s largest state-backed lenders posted stable first-quarter results despite the impact of the virus. But smaller lenders, who have less capital reserves and lend less to well-financed state borrowers, would be more vulnerable to the resulting economic slowdown.

The non-performing loan (NPLs) ratio of country’s 134 city commercial banks stood at 2.49% by the end of March, while that of thousands of rural banking institutions was at 4.9%, the CBIRC said on Tuesday. That was higher than the industry-wide average NPL ratio of 2.04% by the end of first quarter.

Moreover, analysts believe the real amount of bad debt on banks’ books is much higher than reported.

“CBIRC will set tailor-made targets of NPL disposals based on the condition of each bank, and cooperate with tax bureaus, central bank and local financial regulators to speed up the process of NPL settlements,” the CBIRC said.

CBIRC settled liquidity risks at 109 high-risk rural banking institutions in 2019, according to the statement. It said it would continue to resolve risks at smaller lenders facing a liquidity crunch, and would urge provincial governments to be accountable for addressing risks at rural banks and institutions.

The regulator also said it will keep cracking down on high-risk shadow banking businesses to prevent their return and maintain curbs to prevent a property market bubble.