Thai economy shrinks most in eight years in first quarter, worse yet to come 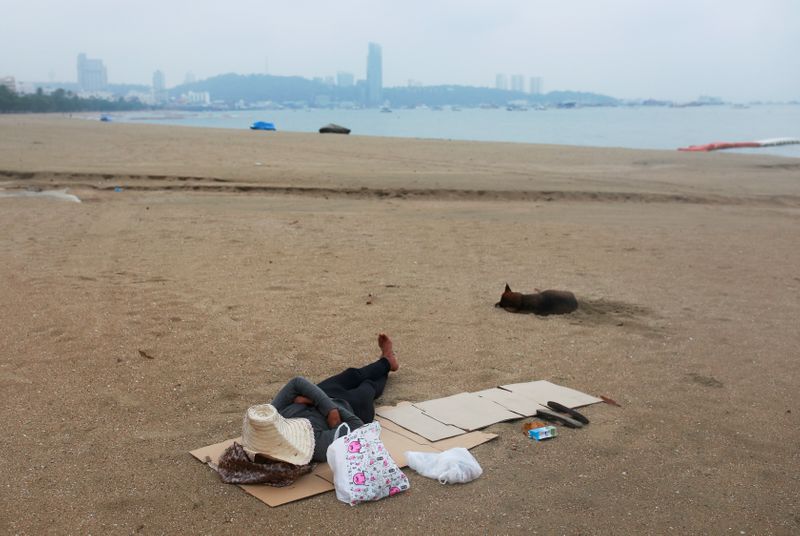 By Orathai Sriring and Kitiphong Thaichareon

BANGKOK (Reuters) – Thailand’s economy contracted at its sharpest pace in eight years in the first quarter but by less than expected, as the coronavirius pandemic hit tourism and domestic activity.

The state planning agency, reporting January-March data on Monday, slashed its forecast for 2020 gross domestic product (GDP) to a contraction of 5.0-6.0% from growth of 1.5%-2.5% projected in February.

That would be the worst decline since 1998 when the Asian financial crisis damaged the economy.

The agency also cut its projection for this year’s exports and foreign tourist numbers, the main drivers of Thai growth.

Southeast Asia’s second-largest economy shrank 1.8% in the first quarter from a year earlier, the deepest contraction since the fourth quarter of 2011, when there was bad flooding.

That was better than a 4.0% contraction seen in a Reuters poll, and compared with downwardly revised 1.5% growth in the final quarter of 2019.

On a quarterly basis, the economy shrank a seasonally adjusted 2.2%, also smaller than the poll’s 4.5% decline.

The agency revised October-December’s quarterly GDP to a 0.2 contraction from 0.2% growth, meaning the economy slipped into a technical recession.

The economy will be hit the hardest in the second quarter by lockdowns, before gradually recovering, Secretary General of the National Economic and Social Development Council (NESDC) Thosaporn Sirisumphand told a news briefing.

Most economists expect the central bank to cut its key interest rate further from a record low of 0.75% at its next meeting on Wednesday to help support the economy.

Thailand’s economy is heavily reliant on global trade and tourism, which has taken a hit from the pandemic that has infected more than 4 million people globally.