Thyssenkrupp in talks with peers over steel business: source 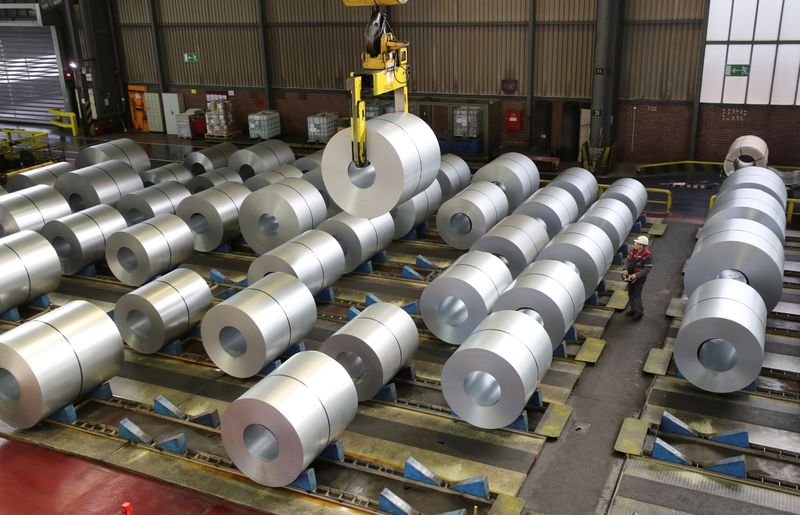 FRANKFURT/DUESSELDORF (Reuters) – German ailing conglomerate Thyssenkrupp <TKAG.DE> is in talks with international peers about consolidating its loss-making steel business, a person familiar with the matter said.

The talks, to be unveiled as part of a strategy revamp on Monday which is likely to include shutting or selling assets, follow a 372 million euro ($402 million) loss Thyssenkrupp Steel Europe, Germany’s largest steelmaker, posted in the first half of the group’s fiscal year.

Ever since a strategy u-turn a year ago, which saw Thyssenkrupp dropping plans for a joint venture with India’s Tata Steel <TISC.NS> in favour of a sale of its prized elevator unit, the group continued to champion the merits of steel consolidation.

Sources told Reuters that contact between Thyssenkrupp and Tata Steel never broke off and that both were still in talks about consolidation.

Business paper Handelsblatt said that Thyssenkrupp was also in discussions with Sweden’s SSAB <SSABa.ST> and China’s Baoshan Iron & Steel <600019.SS> and that both were interested in a majority of the German firm’s steel unit.

Thyssenkrupp and SSAB declined to comment. Tata Steel Europe and Baoshan Iron & Steel were not immediately available for comment.