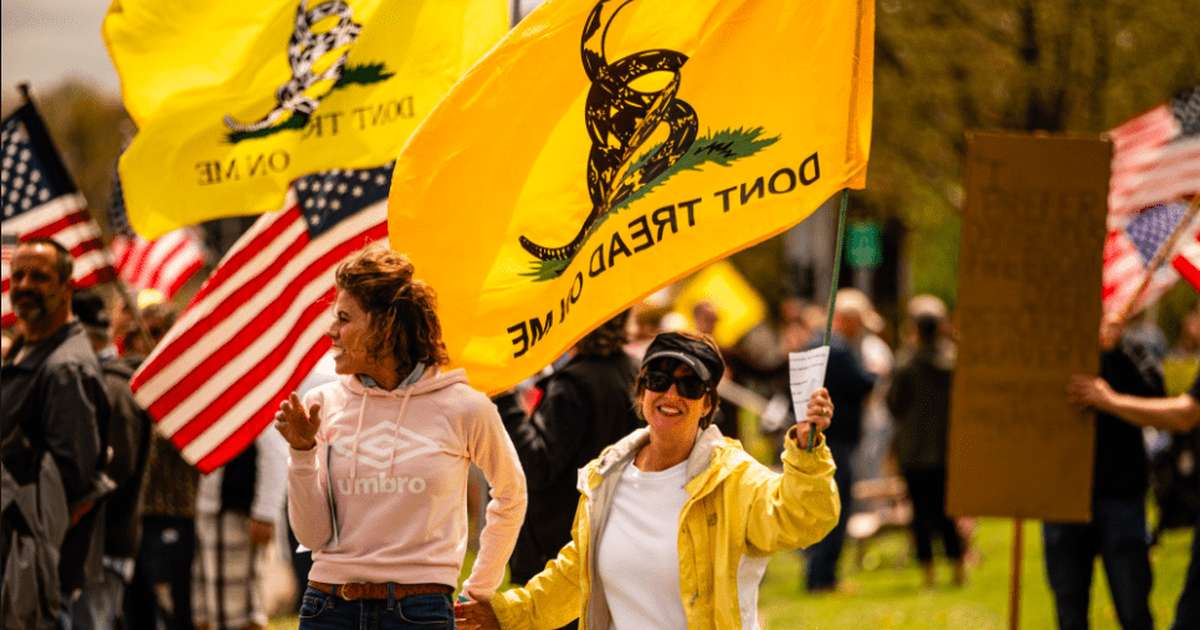 The lawfare part of the lockdowns has begun in earnest with lawsuits being filed across the country against governors who ordered private businesses closed indefinitely with no due process and stripped them of their constitutional rights because of the Chinese coronavirus panic. The latest lawsuit was filed by New York protesters in Rochester whose businesses have been shuttered by executive fiat. The filing of the lawsuit was announced at a rally organized by RestartROC on Saturday.

We had a huge turnout for #RestartROC! NY has had enough of @NYGovCuomo and his abysmal failures #phase4NOW! @ShannonJoyRadio @realDonaldTrump
Even the kids stand are willing to stand up for their rights. 🇺🇸 pic.twitter.com/F6PeTzE9HX

The lawsuit alleges that “the Governor and the Legislature have used a serious pandemic as an excuse to revoke a long list of natural rights of the people of the State, which rights are unalienable and guaranteed by the United States Constitution.” In New York, churches are still shuttered while people congregate in Home Depot and Walmart with no restriction. The government has set itself up as the authority on whose businesses will survive, and whose businesses will fail. Not only has the government declared that some people no longer have the right to earn a living, but they have also offered no just compensation for those people whose lives they’ve destroyed.


The lawsuit goes on to eviscerate the draconian policies that threaten lives.

If this new regime is allowed to persist by the courts and by federal officials, that would mean the death of American republican government, announced by the very courts whose function was supposed to be to preserve and protect natural rights, constitutionalism, limited government, popular sovereignty and republican government itself. To be blunt, a bloodless coup against the constitution has been undertaken by the State itself.

We had a huge turnout for #RestartROC! NY has had enough of @NYGovCuomo and his abysmal failures #phase4NOW! @ShannonJoyRadio pic.twitter.com/6b9wX07V34

The lawsuit is going after the governor and other officials in the state for imposing unconstitutional mandates including the mandatory wearing of masks, the forced shuttering of businesses and churches, and the restrictions on assembly.

Violation of the Constitutional Right to Bear Arms

Brandon Lewis, the owner of Firing Pin, is one of the plaintiffs suffering under the shutdown.

Guidance as to the reopening of gun stores has been unclear, however, it has been alleged that gun stores in the Finger Lakes region, which includes Genesee County, may open for curbside service only.

Restricting gun shops to curbside service only is a significant violation of their Second Amendment and due process rights as it significantly hinders the provision of services to their customers, interferes with regulatory compliance and creates a significant security risk by forcing the stores to do business outside their normal secured perimeter.


Not only are the rules vague but the governor has given total authority to local officials to do whatever they want, which creates confusing and contradictory rules from region to region.

Moreover, it has also been alleged that local law enforcement officials may have a different opinion on whether gun stores may operate on a curbside basis and with what precautions. That being the case, it is essential that this Court issue injunctive and declaratory relief on an emergency basis to protect the plaintiff BRANDON LEWIS’s rights and provide him with legal guidance so he can avoid arrest, harassment, prosecution and/or having his license revoked.

The passing-of-the-buck strategy that many governors are using by handing off authority to local officials is causing great confusion and giving power to people who don’t have the constitutional authority to wield it. The lawsuit alleges that the “legal ground is constantly shifting beneath the feet of the plaintiffs,” leading to total chaos. The constantly moving goalposts are also a real problem and an assault on the constitutional rights of New Yorkers.

However, the lockdown has been repeatedly extended and there is no assurance that it will not be extended again and again or modified but with numerous unlawful conditions violating the rights specified herein. Further, without the relief requested herein, the Governor could at any time reimpose the lockdown on flimsy evidence, on the basis of the virus, or any of the other ill-defined emergency conditions listed in the statute.

Violation of the Constitutional Right to Due Process and Liberty

Lisa Reeves, plaintiff and hairdresser, alleges that she was unable to get the unemployment insurance that the state promised was available to those put out of work.

LISA REEVES spent over 60 hours on the website and phone trying to get this insurance. Six times she got to the point where a recording said to complete the process that she needed to talk to a representative and that a representative would call her back within 72 hours. She is still waiting for the call back six weeks later. With no income and her savings depleted, on May 11, 2020, she reopened her shop to keep from losing everything she has worked for the past 17 years.


The lawsuit alleges that “allowing younger and healthier people at low risk to resume normal activities and develop herd immunity while encouraging those at high risk to take precautionary measures is not only the best and most rational strategy but one that does not impinge on constitutional rights.”

If the courts do the right thing and recognize that the least amount of restriction to the public during an emergency is the lawful response, they will declare Governor Cuomo’s orders void. The lawsuit calls the governor’s response to the virus a “complete disaster for society and the economy.” Not only that but it declares that “the Governor’s orders closing businesses, limiting public assembly, religious gatherings, forcing people to wear masks in public, etc. are all illegal.”

Get the popcorn, it should be interesting.