Let California Twist in the Wind Without a Bailout 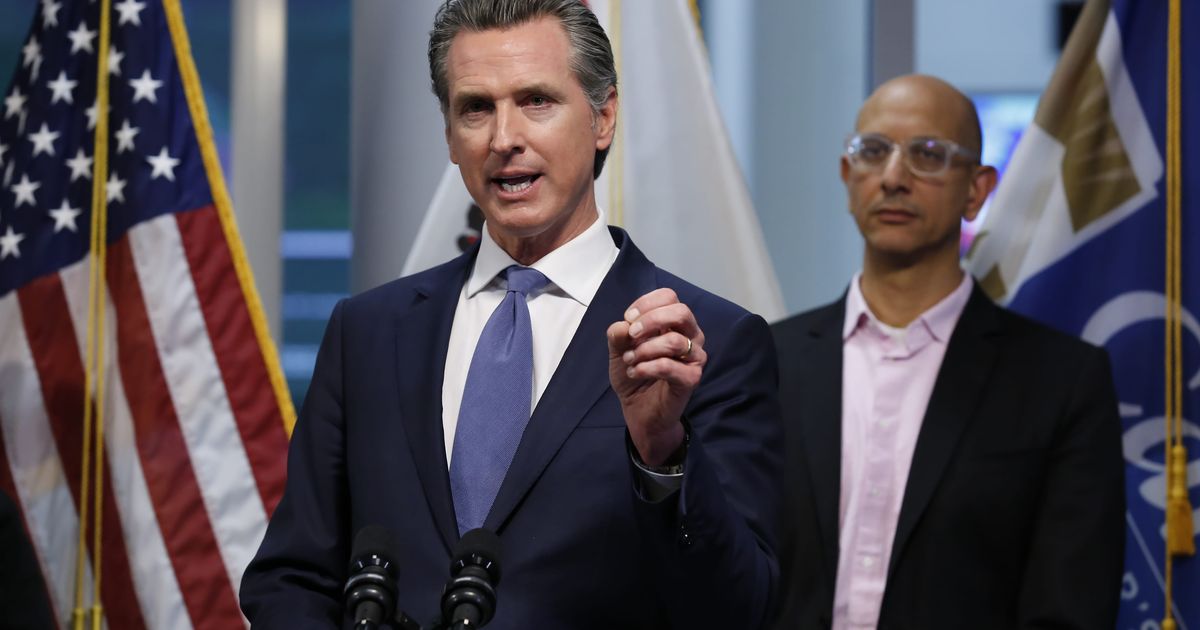 The longer I am away from California, the clearer my eyes get when examining anything about the state. There is a sort of Stockholm Syndrome that conservative residents of the Golden State get which prevents them — and me when I lived there — from realizing how completely miserable things have gotten.


The things that make California great — the physical beauty and the weather, for example — are still there. The politics have been so horribly dysfunctional for so long though that the state at times seems irredeemable.

I lived in California during the most politically active years of my life and worked as hard as I could to keep the state from slipping into progressive oblivion. Obviously, I didn’t have much success. Instead, I watched the state fall into the hands of a series of exponentially worse leftist ideologues who were hell-bent on turning it into Cuba-on-the-Pacific.

The progressives have been running the state into the ground financially for years, and now they want to use the present crisis as an opportunity to get some federal bailout money to cover for their past financial sins.

OK, it’s not just California. Jeff wrote yesterday about the Democrat-led western states that have formed a “Pact” to go hat-in-hand to the federal government:

On Monday, the states that formed the West Coast Coronavirus Pact went begging to the federal government for a massive $1 trillion bailout of their bloated state budgets. The states of Washington, Oregon, California, and later, Nevada and Colorado joined in a pact of questionable legality last month to coordinate their responses to the Chinese Communist Party (CCP) pandemic and the gradual reopening of their economies. Now, the pact members have sent the bill for their failed state budgets to the federal government.

While it’s true that all of these states have been mismanaged to some degree, I am focusing on California because it’s the largest and the most arrogant of the bunch.

The state has been careening towards a pension crisis that people have been writing and warning about for years:

As far back as 2005, the then-treasurer of Orange County described California public-sector pensions as a “ticking time bomb.” In 2011, California’s Little Hoover Commission advised the governor and state Legislature that California pension plans were dangerously underfunded as the result of overly generous benefit promises, wishful thinking and an unwillingness to plan prudently. It warned that, “Unless aggressive reforms are implemented now, the problem will get far worse, forcing counties and cities to severely reduce services and lay off employees to meet pension obligations.”

NEW: Without federal support, states will be forced to make impossible decisions.

Today—CA, OR, WA, NV, CO, and our legislative leaders have joined together to ask the federal government for $1 trillion to protect our schools, public health, and public safety services.

The present situation may have accelerated things a bit, but California has been heading in that direction for a very long time now.

Whenever a conservative complains about the hostile business climate in California, liberals there are fond of smugly reminding them that the state’s economy would be the fifth largest in the world were it a sovereign country.

Maybe California’s progressive ruling class should learn to budget and spend all of that money more efficiently, no? Just a thought.

There is something particularly infuriating about governors who are arbitrarily keeping their states’ businesses shut down longer than they need to be — looking at you, Kate Brown — begging for money from the federal government. Perhaps they should look at firing up their tax bases again.


California shouldn’t get to sneak in underneath the cover of a pandemic crisis to cover up decades of financial malfeasance on the part of its governors and legislators. If the bailout does happen, there should be stipulations that none of the money can be spent on illegal aliens in any way whatsoever.

Gavin Newsom has spent the majority of his time as governor publicly railing against President Trump. I’m looking forward to the inevitable bailout shaming.

Out From Behind the Paywall

I’ve got another one of my podcast interviews out from behind the paywall for a little while so that everyone can enjoy it. This is Part 2 of my interview with Bill Schulz, my buddy from the Fox News RedEye days. I don’t know if any of you were fans of the show but, man, did we have a lot of fun back then. The fact that we were getting away with that at Fox News made the whole experience all the more wild. Bill and I reminisce about that time at length in this part of the interview.

Part 1 of the interview is still all-access too. Bill and I talk about his current show on Compound Media, which I always have a blast doing when I’m in New York.

Have fun with these!

As I’ve Been Saying

The blanket approach taken by governors in states with a huge population center is nonsensical and not based on “SCIENCE,” no matter how much they bark it. https://t.co/6HHW1soAhx

Republicans in the Senate Will Expand Liability Protection for Business

Side note: my sister’s name is Karen, but she’s cool. People Have Had It With the ‘Karen’ Mask Police — Even LA’s Real Cops

Only if Obama is dumb. Oh wait…Was Obamagate a Rogue Operation of the White House?

A failure by both major parties. Economic Shutdown Fallout Grows—42% of All Jobs Lost Will Never Come Back

This should be illegal and Granny Boxwine should be thrown out on her ear. 10 Pet Projects in Pelosi’s $3T ‘Democratic Wish List’ Coronavirus Bill

SURPRISE! Government-Run Healthcare Has Made the Coronavirus Pandemic Worse

The Nannies in Naples Ignore Science and Close Beaches

Well, they’re all anti-Semitic so…Hey Democrats, Will You Condemn This Death Wish Against a Jewish White House Staffer?

The Political Class doesn’t care if everyone else is destitute. Colorado Suspends License of Restaurant That Opened for Sit-Down Service on Mother’s Day

How and Why Muslims Delude Themselves about Islam

He may not remember. Joe Biden Refuses to Answer Questions About Meeting at Center of Obamagate, Mike Flynn Abuses

Ya think? MSNBC Founder Says Biden ‘Not Ready for a Prime-Time Election Season’ Against Trump


MOVIE: Kevin James Runs for His Life from the Coronavirus Karens In ‘Out Of Touch’

Schlichter: Liberal Priorities Include Nothing For You

Say, Has Anyone Noticed That Net Neutrality’s Doomsday Scenario Has Not Materialized?

Holder should have finished his career in prison. Mexico’s Foreign Minister Calls Out Holder Over Operation Fast And Furious

Worst fake governor EVER. Stacey Abrams: We Should Believe Women But…

OK I did. I’m not.  Joy Behar: Anyone Who Still Supports Trump Needs to Ask Themselves If They Are Racist

Doctors Without Borders Is Being Deployed In the U.S. for the First Time

Someone Is Lying: Did James Clapper Brief Obama on the Flynn-Russia Calls?

Is she an alcoholic lesbian too? Like Mother, Like Daughter: Chelsea Clinton Promotes Chinese Government’s Wuhan Virus Testing Propaganda

Is California Skirting Its Own Law to Hire Out-of-State Contractors to Answer Unemployment Calls?

Senate GOP Focusing on Susan Rice’s ‘By the Book’ Email

The Illinois Unemployment System Is Still A Hot Mess

Biden: When I Say Women Should Be Believed, I Mean The Media Should Try Them, Or Something

WSJ: China Is Stalling Global Investigations Into Origin Of The Coronavirus

Carlson To Gowdy: Why Didn’t You Republicans Put A Stop To “The FBI’s Russia Hoax”?

How USAID case at Supreme Court could impact pro-life policies

Socialism Victory! Workers No Longer Being Exploited Thanks To High Unemployment https://t.co/G91FI13v5H

I first worked with Jake in 1989, I believe. Always enjoyed his quirky timing.

Totally getting my flask engraved now.