Baseball Makes a Pitch to Return 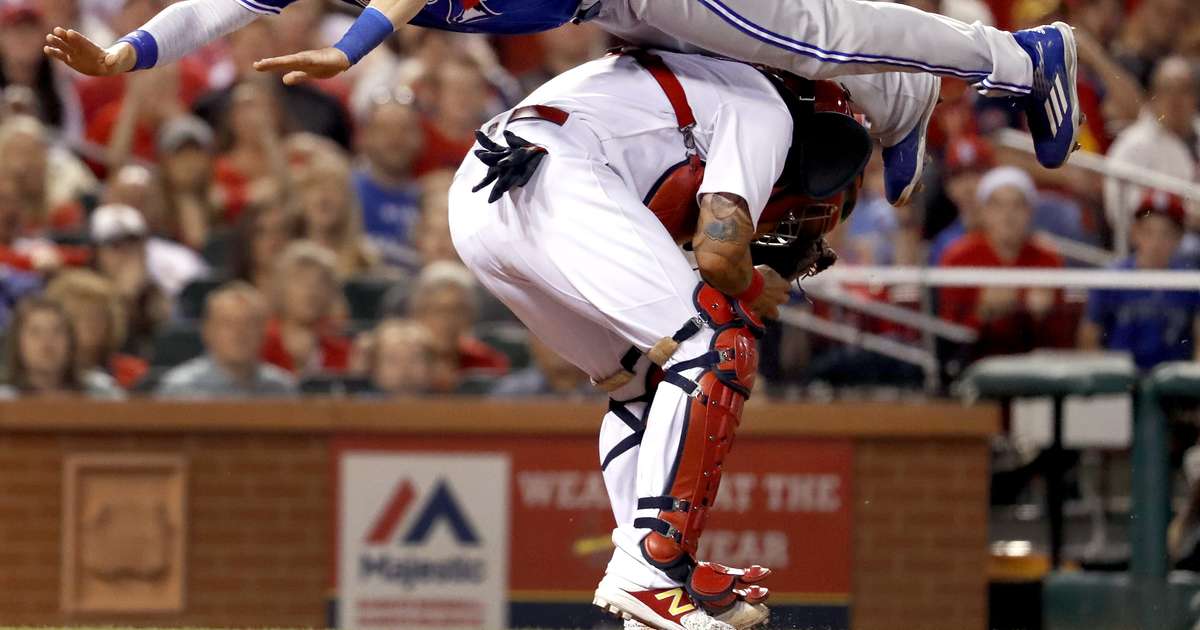 People around America are trickling back to work this week. Not enough of them, but it’s a start. We are probably all agreed that there isn’t a “normal” that we’re going to be getting back to, but we’ve at least begun moving towards “less weird” now.


Sports freaks have been jonesing for something — anything — new to watch. We know that none of us will be able to see anything in person for a while because of the aforementioned abandonment of normal, but we’re craving the return of sports to television, which began with the UFC coming back this past weekend.

Baseball fans got the tease news that we have been waiting for when it was reported that Major League Baseball owners finally formalized a plan to pass along to the players, government, and health officials for approval. Up until this point, nothing concrete had been agreed on.

Here are some details from The Hill:

Spring training would begin in mid-June for three weeks, according to The Associated Press, with an 82-game regular season beginning in early July.

In an effort to cut down on travel, most of the games would be played against opponents in expanded divisions based on geography. The New York Mets and Yankees would play in the same division, for example, as would the Los Angeles Dodgers and Angels, Chicago Cubs and White Sox, or Oakland A’s and San Francisco Giants.

The playoffs, which have consisted of 10 teams since 2012, would be expanded to 14 teams.

Again, not normal but not nothing.

This seems to set up a scenario where two teams from the same league could end up playing each other in the World Series. I’ve checked and haven’t been able to find any clarification on that yet.


The article also says that teams will have the option of playing “spring” training games at their home fields or their traditional facilities in Florida and Arizona. I can’t really imagine any team wanting to play in Phoenix in June.

I am aware that not everyone is a baseball fan, or even a sports fan. We are, however, still a sports mad country. There is a lot of psychological damage that’s come with the physical and economic toll this virus taken. Collective feel-good, rallying points like sporting events can have an enormous healing effect. Think of President George W. Bush’s appearance at the World Series in Yankee Stadium in 2001 shortly after the September 11th attacks.

Looking at an empty baseball stadium will be strange, of course (unless you’re a Miami Marlins fan) but just seeing the players on the field could be a much-needed emotional salve for an aching country.

Maybe I’m just being selfish and this would only make me happy.

I hope that’s not the case.

This Is Getting Tedious

This is how dumb journalists are. Still, you knew it was coming. So predictable… @stephenkruiser https://t.co/e6v9JCiGec

There have been a number of these kinds of tweets and headlines as people have slowly returned to work. The implication is that the reopening of these states is leading to an almost immediate spike in infections. That, of course, is absolute rubbish. It’s also exceedingly irresponsible “reporting.” This epitomizes why so many despise those masquerading as journalists.

The Lamestream Media is truly out of control. Look how they work (conspire!) together. They are the Enemy of the People, but don’t worry, we will WIN in November! https://t.co/3YOSChXP9M

Apparently the Virus Is Over: Patrons Pack Colorado Restaurant

Can We Stop With the Deceptive Media Clips That Carry Water for the CCP?


She thinks the moon landings were faked. Is Dr. Birx a COVID Count Conspiracy Theorist Now?

Barack Obama is Worried About Something, That Is Obvious

Gee, We Can’t Imagine Why LA Jail Inmates Would Intentionally Infect Themselves With COVID-19, Either

Jail them all. Did James Clapper Commit Perjury When He Testified He Didn’t Brief Obama on Flynn Wiretaps?

Report: 90% of One Texas County’s New COVID Cases Are in One Federal Prison

Lock her up! Uh-Oh. Podesta Says Hillary Knew About Trump Oppo Research That Ended Up in Steele Dossier

I just threw up in my mouth a little. Who’s Up For Seeing a Gigantic Digital Joe Biden Avatar Projected Onto the Grand Canyon?


When You Accuse Someone of Treason, Be Careful What You Wish For

Biden Appears to Have His ‘Binders Full of Women’ Moment

Anti-Gunners Want To Take Texas Like They Did Virginia

The White House Just Delivered a Financial Blow to China

Will Bernie Run for President Again? He Gets Candid.

As More NY Prisoners Are Released, Victims’ Families Are Taking Matters into Their Own Hands

What a pandering jag-off. Talk About Shameless: Andrew Cuomo’s New Name for the Virus Is CCP Propaganda Gold

Balls to the Wall: Durham Moving Ahead at Full Throttle

Delta Is “Consolidating” Their Routes And Dropping Several Cities

CBS News’ Weijia Jiang does her damnedest to turn Donald Trump’s response to her question into a racist attack (SPOILER: It wasn’t); UPDATED

‘STRAWMAN DOWN’! Brian Stelter’s attempted comeback to Greg Gutfeld calling out ‘trash’ WH media reporting did NOT end well for him

Floridians protest gym closures with push-ups and squats outside courthouse

I think I’m the only American not baking bread during quarantine.