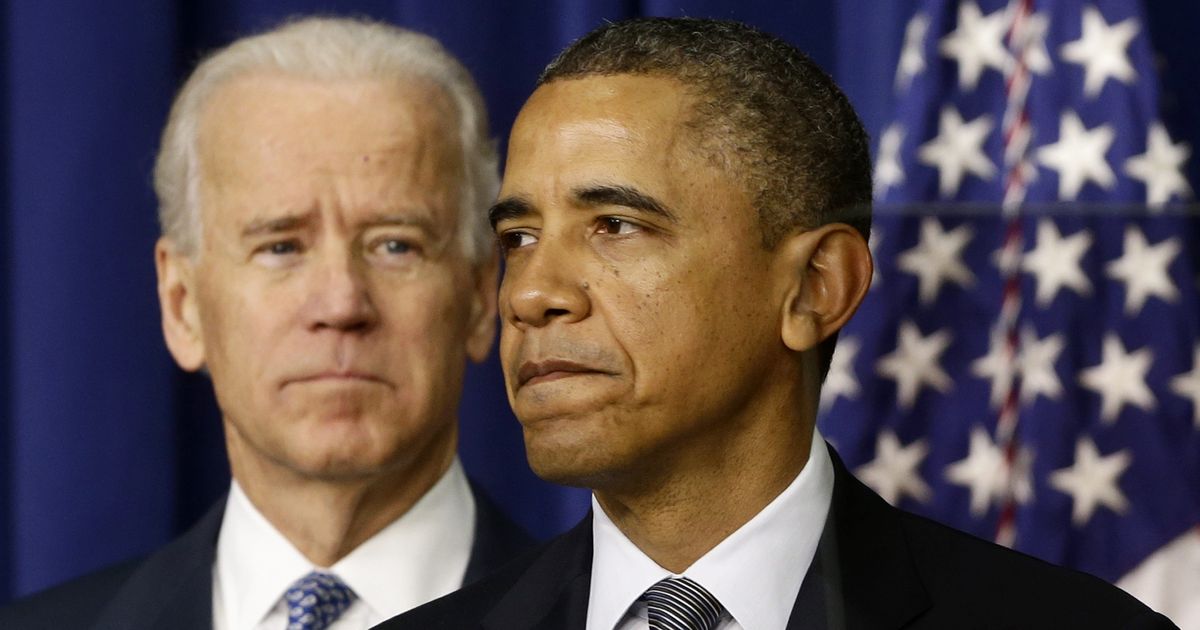 On Monday, President Donald Trump declared that the Obama administration’s efforts to spy on his campaign and tarnish his presidency by claiming Trump’s campaign colluded with Russia in order to steal the 2016 presidential election is a scandal far worse than the Watergate scandal leading to President Richard Nixon’s resignation in 1974. In 2017, Trump’s liberal critics repeatedly compared these Trump-Russia claims to the Watergate scandal, but as more evidence has come to light, it appears the Obama administration’s investigation was the true abuse of power.

Nick Short, digital media manager at The Claremont Institute, summed up the scandal well. “Obama used instruments of the State/intelligence community to disseminate/legitimize paid oppo research in order to obtain warrants to spy on Trump campaign, & then to delegitimize the results of the election once Trump won… [Obamagate] dwarfs Watergate,” he tweeted.

Obama used instruments of the State/intelligence community to disseminate/legitimize paid oppo research in order to obtain warrants to spy on Trump campaign, & then to delegitimize the results of the election once Trump won… #OBAMAGATE dwarfs Watergate. https://t.co/GedDOxm1XO

While many conservatives have long warned that the Obama investigation was flawed and dangerous, new revelations have confirmed their worst fears. The apparent perjury trap set for Michael Flynn revealed the ugly depths to which the Intelligence Community would sink to maintain the collusion narrative. The transcripts of House Intelligence Committee testimony revealed that most of the intelligence actors in the investigation did not have any evidence to suspect collusion. The mostly-unredacted scope memo laying out the reasoning behind appointing Special Counsel Robert Mueller has laid bare the utter baselessness of the case against Trump.


Worse, the entire scandal appears to trace right back to the top: to both Obama and then-Vice President Joe Biden. The Federalist’s Mollie Hemingway reported that a meeting involving both Obama and Biden at the White House on January 5, 2017, was essential to the investigation that continued into Trump’s presidency.

For these and other reasons, many agreed with Trump that Obamagate is worse than Watergate.

“Of course, [Obamagate] is worse than Watergate,” Judicial Watch President Tom Fitton tweeted. “Obama and Clinton should be questioned under oath about [Spygate] abuse of [President Trump].”

Of course, #Obamagate is worse than Watergate. Obama and Clinton should be questioned under oath about #Spygate abuse of @realDonaldTrump. Mr. Durham? https://t.co/CegQZAL3oU

While the true scope of the Obama administration’s abuses in the Trump-Russia investigation remains to be seen, it is indeed a scandal of tremendous proportions. As it stands, it appears a sitting president used the apparatus of intelligence gathering to tarnish the reputation of the opposing party’s presidential candidate and to help his hand-picked successor win the race. When that gambit failed, it appears Obama continued to encourage the intelligence community to regard Trump with suspicion, even as he became the sitting president of the United States.


Obama appears to have subverted the will of the people to undermine his duly-elected successor, and it appears Biden — now the presumptive Democratic nominee — was in on it. Indeed, Nixon’s decision to send campaign staff to snoop on DNC headquarters in the Watergate Hotel does seem quaint by comparison.

Do Democrats Really Want to Celebrate the FBI’s Heinous Abuses Against Mike Flynn?