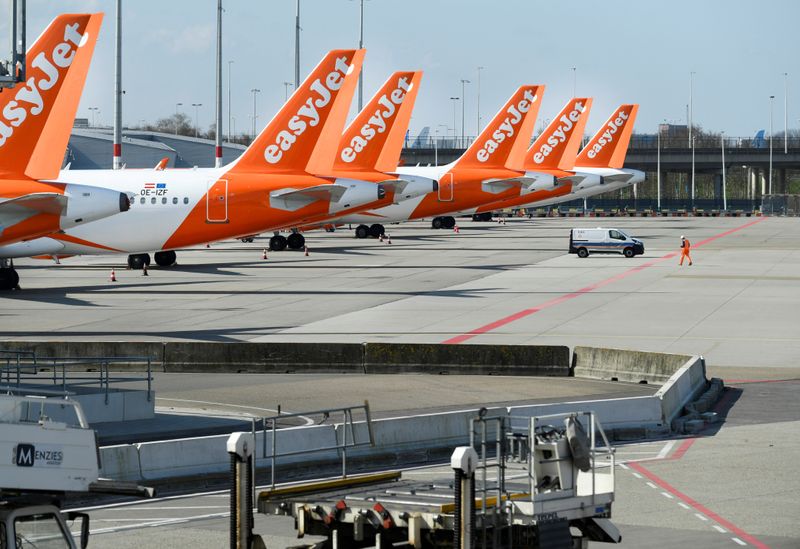 LONDON (Reuters) – Britain’s easyJet <EZJ.L> urged the government to only keep quarantine requirements for a short period, while Heathrow Airport called for a plan to re-open borders, as new travel rules sent shockwaves through an industry already on its knees.

British Prime Minister Boris Johnson said on Sunday that a quarantine would soon be needed for people coming into this country by air to prevent a second peak of the coronavirus pandemic.

The new rules, which airlines have been told will be a 14-day quarantine period for most people arriving from abroad, are likely to deter people from travelling.

That has created a new threat to airlines and airports, which are desperate for travel demand to recover. The novel coronavirus has grounded fleets since March, putting aviation company finances under huge strain.

Heathrow, which during normal times is Europe’s busiest airport, said that common international standards were needed so that passengers could travel freely between low risk counties, and borders re-opened.

EasyJet said any quarantine restrictions should be short-lived and regularly reviewed.

“Quarantine requirements for passengers should only be in place for a short period, while the UK remains in lockdown,” a spokeswoman for easyJet said in an emailed statement.

Passenger numbers at Heathrow plunged 97% in April, and the airport warned that the new quarantine rules would “effectively close borders temporarily”, with very few people travelling.

Airline bosses were disappointed at the lack of clarity from the government over the new rules, said a person familiar with the situation. They do not know when the rules will be brought in, how long they will last and whether they will be reviewed regularly.