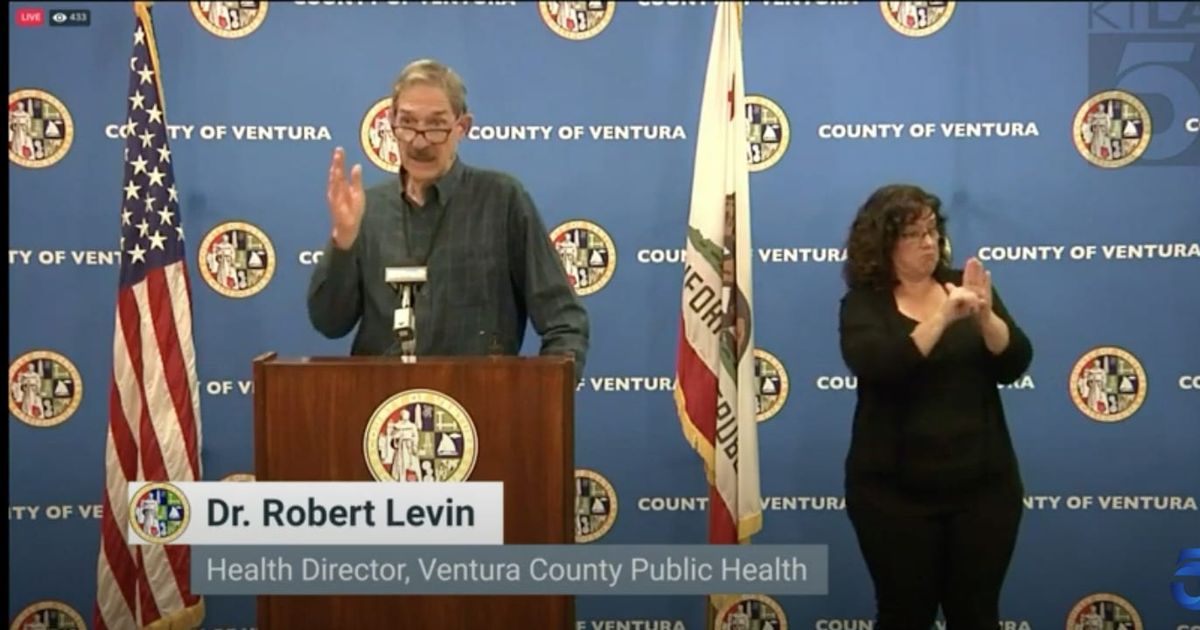 As I reported at PJMedia, California Governor Gavin Newsom announced Tuesday he was raising up an “army” of contact tracers – as many as 20,000 people – to track down everyone with COVID-19 and quarantine them.

The number of deaths has begun going down in the state, but Newsom has only doubled down, announcing Monday he was training as many as 20,000 people – “an army and a workforce” – to begin tracking down COVID-19 cases.

Newsom announced that the “army” – his word – will start with a deployment of 3,000 and grow to the 20,000 mark to chase down who, what, where, and with whom COVID positive people have had connections. To what end? Newsom said, “the tracing component requires workforce and to identify individuals who tested positive…to ID their contacts (with privacy) and maybe quarantine individuals to stop the spread of the disease.”

On Wednesday, the soft voice of Ventura County Health Director Robert Levin confirmed that the forcible quarantines are underway. He announced a “pilot program that will grow into a larger program” and “we will find everyone with COVID-19 and we will isolate every one of them and we will make sure that they stay quarantined and we will check in with them every day. In other words, what this program means is we’re going to do a more complete job, we’re going to do a more meticulous job of making it less and less possible for others in the county to run into someone with COVID-19 infection.”

And it begins. Ventura county will start door to door testing and removing positive people from their homes to quarantine them in a facility.
FEMA CAMPS https://t.co/iPFttbJebN

Levin attempted to put a happy face on removing people from their homes because, after all, everybody’s doing it.

This is occurring in many, many other states as well and perhaps all the states in our country.

But other states aren’t doing this. There are 19 deaths in the county since this outbreak visited itself upon us from Wuhan.

But back to the contact “investigators,” as Levin called them.

Levin said that we also realize that as we get more contacts, “some of the people are going to have trouble with being isolated, for instance, if they live in a home where there’s only one bathroom, and there are three or four other people living there and those people don’t have COVID infection we’re not going to be able to keep the person in that home. Every person whom we’re isolating, for instance, needs to have, uh, their own bathroom. And so we’ll be moving people like this into other kinds of housing that we have available. They’ll also have other needs perhaps – food, whatever it’s going to be – the county will be there to back them up and to support them.”


They’re also being given “sensitivity” training to be able to respond to the understandable outrage one would feel if ripped from their mom, dad, and kids.

There is a legal basis for this according to the CDC, but, one must ask if this curve is flattened – as the mantra goes – why are we now resorting to locking people up?

The Centers for Disease Control says there is precedent for forcibly removing people and locking them up in quarantine:

Isolation and quarantine help protect the public by preventing exposure to people who have or may have a contagious disease.

In addition to serving as medical functions, isolation and quarantine also are “police power” functions, derived from the right of the state to take action affecting individuals for the benefit of society.

The federal government derives its authority for isolation and quarantine from the Commerce Clause of the U.S. Constitution.

Under section 361 of the Public Health Service Act (42 U.S. Code § 264), the U.S. Secretary of Health and Human Services is authorized to take measures to prevent the entry and spread of communicable diseases from foreign countries into the United States and between states.

The authority for carrying out these functions on a daily basis has been delegated to the Centers for Disease Control and Prevention (CDC).


The path to destruction apparently isn’t paved with good intentions, but instead with the Commerce Clause.

Why is it that we’re freeing prisoners and locking up innocents?

WHAT WOULD YOU DO if your six year old son or daughter tested positive for COVID19 and was taken from your home to a quarantine center by Ventura Health Authorities? This SHOCKING VIDEO demands that you plan ahead. #BeBrave #HistoryRepeating pic.twitter.com/e5RC7dCO7o

Where are all the Leftists who decry “family separation” with those dubious fake “families” at the border?

Now that governments are caging Americans, will any of them give a squat?

One more thing. Watch the sign language interpreter when Levin talks about locking people up.

Watch this for yourself. And then ask yourself, why is this happening now after the curve is flattened?