Add Elizabeth Warren to the list of women willing to throw everything they claim to have stood for into the fire for a shot at being on the Joe Biden ticket.

Warren came out yesterday and finally commented on the Tara Reade sexual assault allegation. Her answer was a direct reversal of every virtue signaling, ridiculous condemnation she made back in 2018.

It’s ironic that she uses the word “credible” here, as it was the buzz word throughout the Kavanaugh hearings. Everything about Christine Blasey Ford was constantly described as “credible.” It got to the point where hearing that word wanted to make you kick a hole in a wall. But now, she’s claiming that Biden simply denying the accusation makes him credible. That’s a reversal that’s just astonishing to watch. 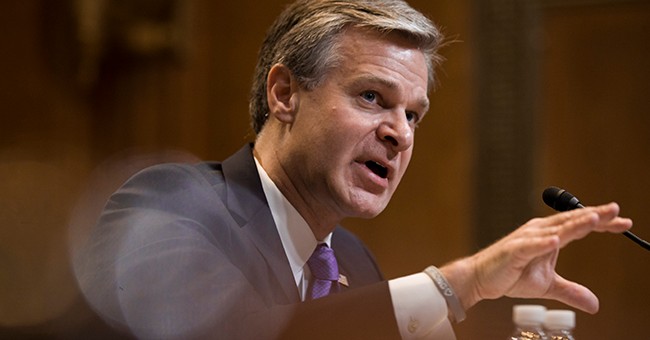 For context, here’s a trip down memory lane.

We believe & stand with Dr. Ford. This isn’t over yet. Senator Jeff Flake has called for a one-week delay to allow for an FBI investigation. We’ll fight tooth and nail on the Senate floor to stop Brett Kavanaugh from a lifetime appointment to the Supreme Court. pic.twitter.com/YY8clYefSk

It wasn’t just Kavanaugh either. Let’s remember that just months ago, Warren was posturing and badgering Michael Bloomberg about releasing women from NDAs because she again was into believing all women.

Warren wasn’t just a part of the mobs trying to destroy the above men, she helped lead them. Especially in the case of Kavanaugh, Warren was on TV constantly slandering him and insisting that his denial meant nothing.

But times have changed I suppose. Warren desperately wants to be the VP on Biden’s ticket and that means she’s willing to do virtually anything. The #metoo movement was a sham and she’s proving it with every machination she makes.

I feel for Tara Reade, not in the sense that she should be believed by default, but in regards to the disparate treatment she’s received. She has still not be invited by any major news network for an interview to tell her story, something every Kavanaugh accuser got. Editorials are being pumped out daily trashing her, and the very movement she thought would protect her is now trying to make her disappear.

As a conservative who watched Kavanaugh’s life taken apart, down to his high school calendar being examined in excruciating detail while being accused of gang rape, it’s infuriating to watch all this go down. There’s no consistency and the media have no desire to keep any actual standard. It does go to show that you can never attempt to play fair with these people and that’s a big reason Trump is President right now and not Mitt Romney.