The Longer This Goes On, the Worse China Looks 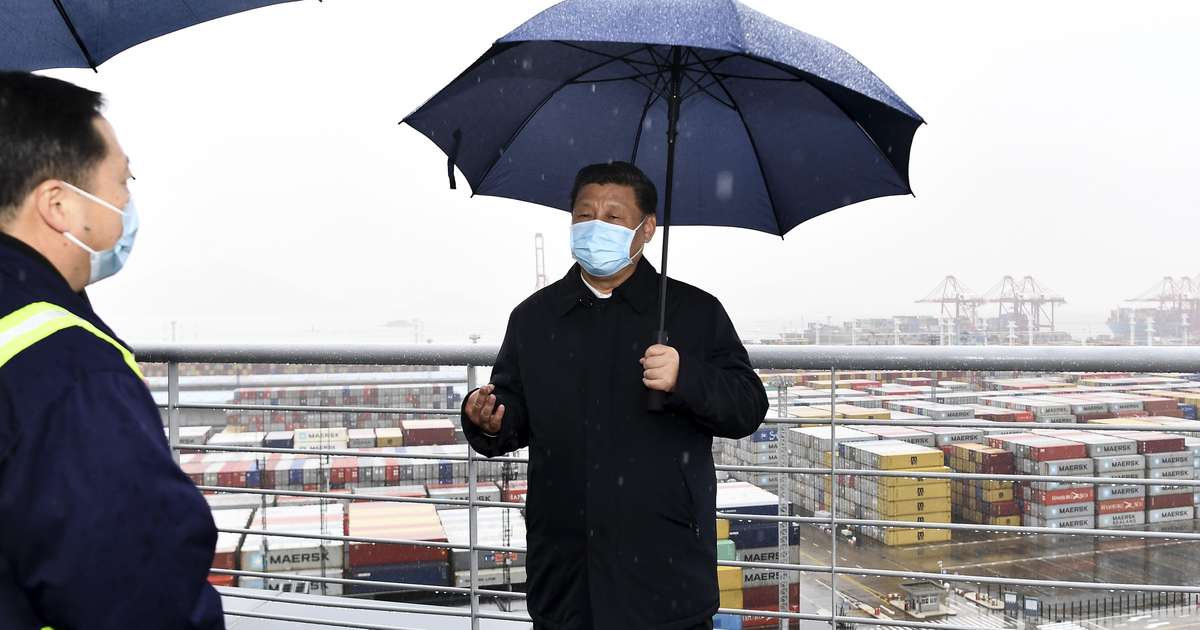 We here at the Morning Briefing have long been advocates of blaming China for all things bat flu, even way back when our betters were assuring us that it was totally racist to do so. Some of us are funny, and were skeptical that a secretive communist dictatorship was being forthcoming with the rest of the world. Others are liberals, and tend to default to believing commies. Just ask any American liberal about healthcare in Cuba and strap-in for a gushing love story.


We are only four days (seems like four weeks) into the month of May and it already hasn’t been a great public relations time for the Chinese government. The weekend kicked off with news of a report compiled by five Western intelligence agencies that was pretty rough on the Chinese government:

Five Western intelligence agencies have compiled a damning report cataloging the Chinese Communist Party’s deliberate suppression and destruction of evidence regarding the coronavirus outbreak. The report claims this malfeasance is an “assault on international transparency” and cost tens of thousands of lives. It comes amid rising demands that governments hold Beijing accountable in court for its malfeasance during the pandemic.

The report was basically a detailed confirmation of everything that the “racist” skeptics were assuming all along. It also shouldn’t have been a surprise to anyone, given China’s penchant for being a bad, secretive actor on the international stage.

Secretary of State Mike Pompeo seized upon the report to tell ABC’s This Week that there was “enormous evidence” that the virus did indeed originate in a Wuhan lab. Pompeo wasn’t pulling any punches:

NEW: Secretary of State Mike Pompeo tells @MarthaRaddatz China “did all that it could to make sure the world didn’t learn in a timely fashion” about COVID-19.

“It was a classic communist disinformation effort,” he adds and they will be held “accountable.” https://t.co/EKV20Fhx2H pic.twitter.com/YrQRGkeYNk


It is always refreshing when there are people in power in the United States who will unabashedly point out that commies can’t be trusted. That message is certainly not getting out via the mainstream media, which is still acting like state-run press for the Chinese Communist Party.

For far too long, China has gotten away with pretty much giving the finger to the international community for a couple of reasons. One is that capitalist countries have been enjoying making money in China while exploiting the cheap labor there. The other is that when China is doing something awful to people it’s doing it to Chinese citizens. The Chinese Communist Party covers that up, everyone else can turn a blind eye, and the toxic economic relationship continues.

A fundamental restructuring of these tangled economic relationships with China certainly isn’t going to be easy, but one would hope that it’s painfully obvious by now that it needs to happen. China isn’t going to become remorseful, clean up its act, and suddenly morph into a good global neighbor.

Commies are gonna commie, and the sooner this messy breakup gets done, the better.

States will have to give up sanctuary policies to receive a bailout, says Trump.https://t.co/UrpeprR281

Beware: Asia’s ‘Murder Hornets’ Are on the Loose

Tyrant Watch I: Mayor Lightfoot At the End of Her Patience With Residents Holding House Parties

WHO Washes Its Hands of Any Responsibility for the Coronavirus Pandemic

We can all sleep well again. Kim Jong-Un Emerges After 20 Days Out of Public View

New Strategy for Trump: Hold Rallies in Empty Stadiums. Yes, Really. Here’s Why It Would Work.

Whitmer, Who Rushed to Condemn Kavanaugh, Now Says, ‘I Really Resent’ Having to Talk About Biden

NYC Samaritan’s Purse Field Hospital Gets the Boot: ‘Hate Has No Place in Our Beautiful City’

The Kruiser Kabana Episode 33: An Interview With My Friend Carol Roth

Tara Reade’s 1993 Complaint May Never Turn Up, Here’s Why

Will Coronavirus Hurt Trump in November? New Poll Shows How Voters Are Shifting

Here’s How NYC’s Coronavirus Death Toll Is Being Inflated

Biden: I’ll Protect the Press, Even Though My Staff Locked a Reporter In a Closet

Why Pelosi and McConnell Declined Rampant Coronavirus Testing for Congress

Gov. Ron DeSantis Absolutely Dunks All Over His Critics Who Predicted Doom for Florida

Lisa Bloom Says She Believes Tara Reade, But Gets Blasted by the Backlash for What She Would Do About Biden

It Was Always Going To Be A “Referendum Election”

The Marianne Williamson Zombie Campaign Marches On, Screwing Over Vendors


Data: Americans Might Be Starting To Relax On Social Distancing

Shots Fired… On The Korean Border

Carole Baskin thought she was talking to Jimmy Fallon on Zoom. She was pranked.

Texas theater chain to take your temperature as it reopens

‘Is this America?’: Police use helicopters to keep people off Huntington Beach

Hospital chaplains talk about their ministry in the midst of pandemic

Lost Your Job? Here Are 4 Things That Might Help

As Nation Reopens, Churches Having To Remind People To Put On Pants https://t.co/v1UNUZsqee

Let’s start Week 16,726 of stay-at-home with Rodney killing it on Carson.


I’m going to try and send handwritten thank you notes to everyone who reads the Briefing this week.