China’s malfeasance surrounding their handling of the Wuhan virus has been fairly well documented. We know they hid person to person transmission early on and that they allowed over six million people to leave the infection zone, spreading the virus throughout the world. They’ve also waged a relentless propaganda campaign to shift blame.

But what if I told you that their hiding of the virus’ existence wasn’t just for optics, but something far more sinister? That’s exactly what a new report shows.

DHS report viewed by Politico: China delayed officially telling the WHO that the novel coronavirus was contagious until it could stockpile medical supplies, including masks and intubation kitshttps://t.co/JRcXVp3wVQ

The Chinese government likely withheld information about the severity of the novel coronavirus outbreak so it would have time to hoard medical supplies, according to an intelligence report from the U.S. Department of Homeland Security. POLITICO viewed the report, and its overall findings were first reported by the AP. The report reached its conclusion with moderate confidence, it said.

“We further assess the Chinese Government attempted to hide its actions by denying there were export restrictions and obfuscating and delaying provision of its trade data,” the report added.

The report says that in January of this year, before sharing full details on the novel coronavirus outbreak with the World Health Organization, Beijing dramatically increased its imports and decreased its exports of medical supplies.

China knew exactly what they were dealing with, likely as far back as December. Yet, they were spinning a tale of no transmission and everything being contained through mid-January. The WHO, which should have known better, religiously parroted that propaganda without question, even going so far as to attack the United States for banning travel later in the month. All of that appears to have been done so China could buy time to stockpile PPE and medications. 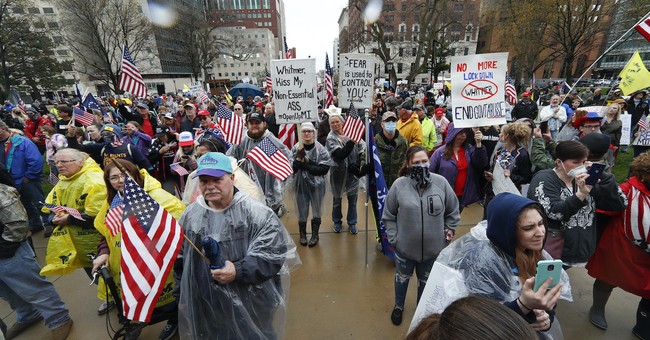 In other words, China let the world burn for almost a month to try to save themselves. That’s the country the WHO and many American media companies have chosen to side with routinely. That’s the country some like Bill Gates are claiming did a good job early on with the virus. All so they can snipe at the orange man.

Tom Cotton is right. There must be serious consequences for what has transpired. Does anyone think Joe Biden will carry that out? Of course he won’t. If he’s elected, we’ll have a “Chinese reset” within six months and the status quo will be put back in place. As I chronicled weeks ago, Biden has a vast history of shilling for China.

No, there needs to be a real punishment here, including a renewed push to extricate ourselves from the relationship with the communist nation. It’s a national security issue and has been for a long time, even if most wanted to turn a blind eye.