A notable Hollywood actress is giving a thumbs up to Rose McGowan’s disillusioned dis of Democrats and the media.

As you’re no doubt aware, allegations against the Dems’ presumptive presidential nominee appears to have officially brought an end to #BelieveAllWomen.

But not everyone wants to see Tara Reade treated wholly differently than Christine Blasey Ford.

Count Rose among them.

As previously covered by RedState’s Nick Arama, the Scream star called baloney on a Washington Post piece that took an allegedly shrugged-shouldered attitude toward Tara.

[The Post] finally came out with its “investigation” into the allegation of sexual assault by Joe Biden against former staffer Tara Reade.

It was panned by many as giving Joe Biden a pass. Perhaps one of the people most displeased by the article was actress and #MeToo activist Rose McGowan who interpreted it as an attempt to smear accuser Tara Reade. She eviscerated both the WaPo that the DNC in one attack.

“This is not journalism, this is an agenda. This is a hit piece. You’ve sunk to a new low in slanted journalism and victim shaming @washingtonpost.”

“As a survivor, the way you launched into this woman’s assault is truly vile. I feel violated by your sh—y writing @bethreinhard. @washingtonpost your motto is ‘Democracy Dies in Darkness’ well I guess it’s dead because you are dark. Evil lives and it loves the DNC.”

This is not journalism, this is an agenda. This is a hit piece. You’ve sunk to a new low in slanted journalism and victim shaming ⁦@washingtonpost⁩ https://t.co/b32kjsyHoA

As a survivor, the way you launched into this woman’s assault is truly vile. I feel violated by your shitty writing @bethreinhard. @washingtonpost your motto is ‘Democracy Dies in Darkness’ well I guess it’s dead because you are dark. Evil lives and it loves the DNC pic.twitter.com/LnZ9NdLQEj 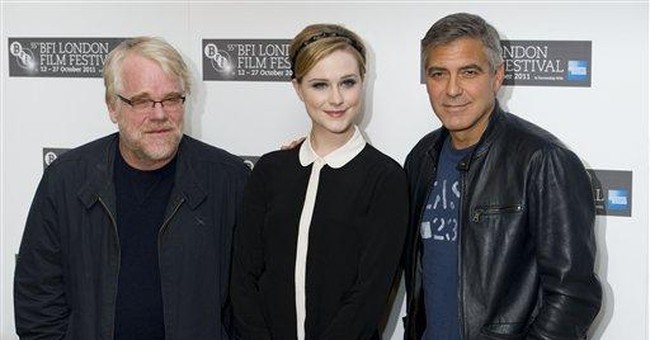 Not your average Tinseltown take.

And now the actress has a celluloid seconder — Westworld favorite Evan Rachel Wood.

On Wednesday, Rosed tweeted the following:

“I used to be a proud Democrat. I used to be a proud American. I would’ve died for this…country and its ideals. I was raised to be a proud Democrat. … [I] thought democracy meant…I had a right to choose those who lined up with my value system. But what if there’s no one? And I was always told it was the Democratic Party that were the good guys, that our papers were @nyt and @wahingtonpost and we as a family loved listening to @allthingsconsidered… But now I know too much. And I feel really quite a sense of loss tonight. I’m not a cynical person, but…Republicans have always been painted as the bad guys, and I’ve always seen them more as a cult, but now I realize so are the Democrats and the media. Macro and micro. This is deeper than a cover-up…”

Courtesy of The Daily Wire, Evan responded to the post with an absolute echo:

It’s surely personal for Evan — while advocating for the Sexual Assault Survivor’s Bill of Rights Act to a House Judiciary Committee in 2018, the then-30-year-old described painful experiences with a former boyfriend:

“It started slow but escalated over time, including threats against my life, severe gas-lighting and brainwashing, waking up to the man that claimed to love me raping what he believed to be my unconscious body. And the worst part: Sick rituals of binding me up by my hands and feet to be mentally and physically tortured until my abuser felt I had proven my love for them.”

“While I was tied up and being beaten and told unspeakable things, I truly felt like I could die. Not just because my abuser said to me, ‘I could kill you right now,’ but because in that moment I felt like I left my body and I was too afraid to run.”

It makes sense to me: Deep, personal pain should transcend partisanship.

So should, of course, justice.

For all victims of abuse, I hope they find it.

Kudos to Evan and Rose for standing for something so big, party lines can’t contain it.