It was a rainy and mildly gusty Saturday afternoon in the small town of Snohomish, WA. That didn’t deter people from lining up outside of The Stag Barber Shop, whose owner Bob Martin is openly defying the closure order.

The city of Snohomish is located in Snohomish County, of which the County Sheriff recently declared a no enforcement policy of the Governor’s order.

Martin felt emboldened to open early due to the Sheriff’s announcement. People lined up on the sidewalk to take part in this act of defiance. A number of people brought children with shaggy hair, who I went to great lengths to keep out of my photos. 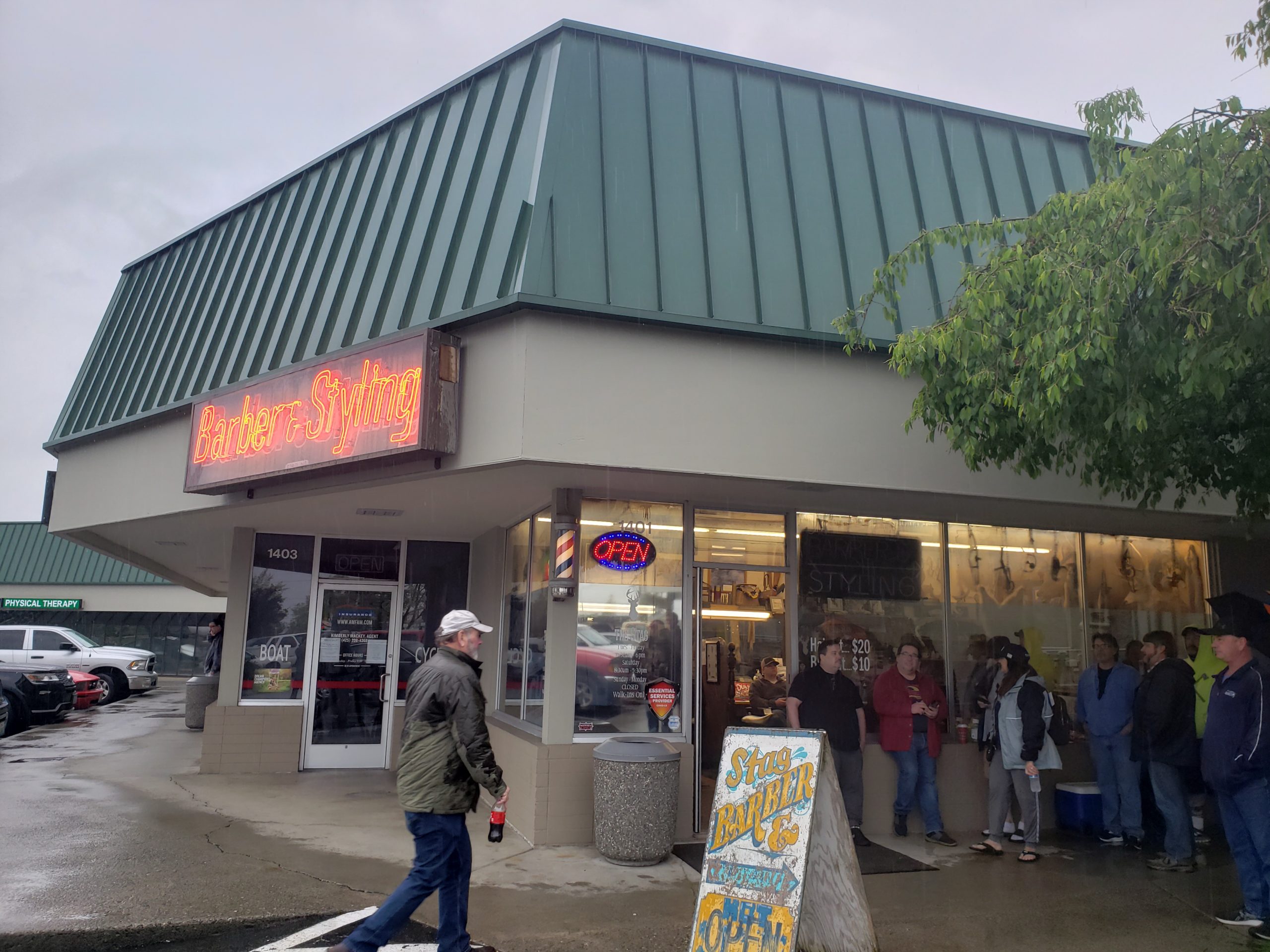 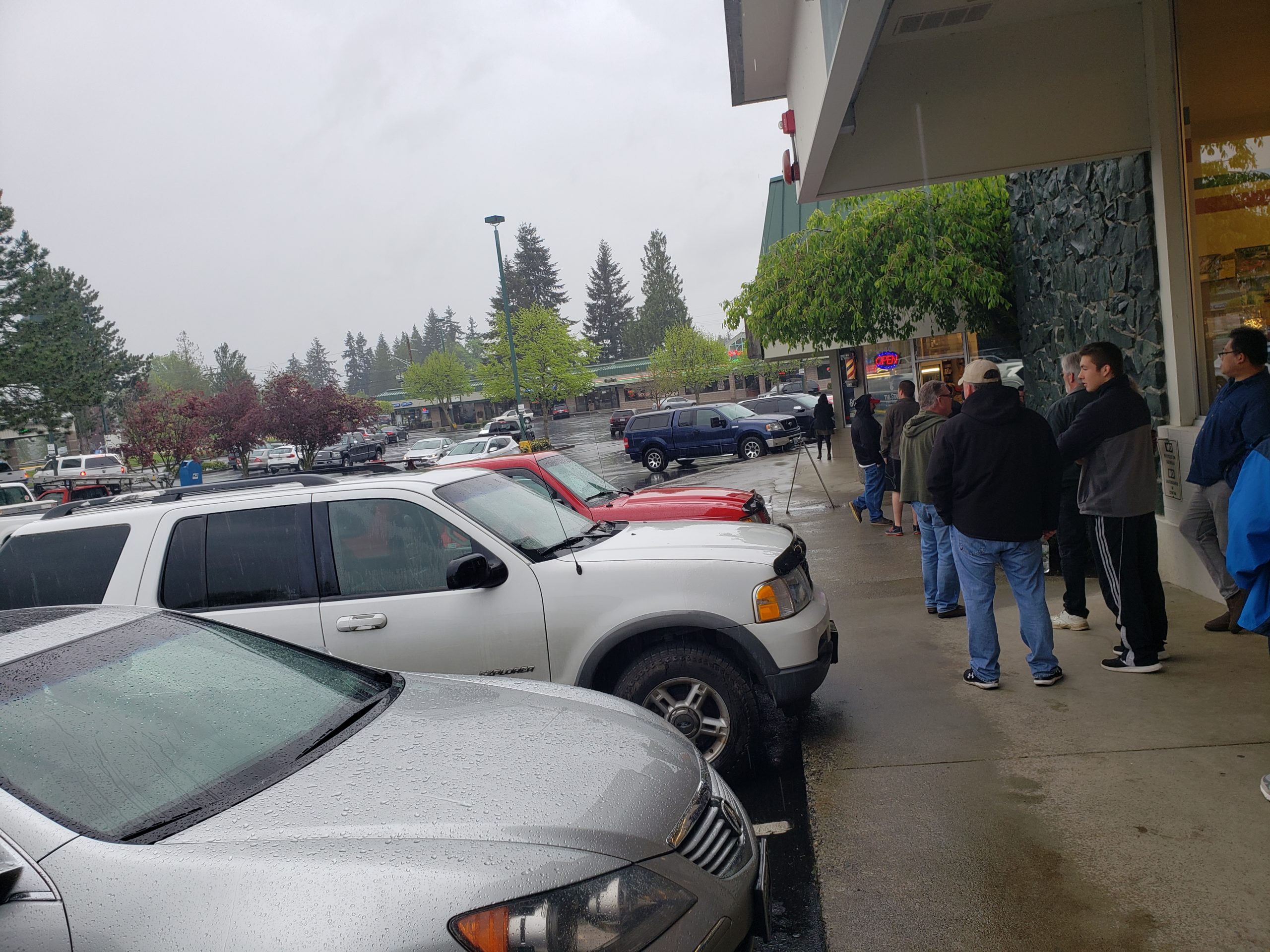 A barbeque was also set up along the side of the shop, feeding people in the line. 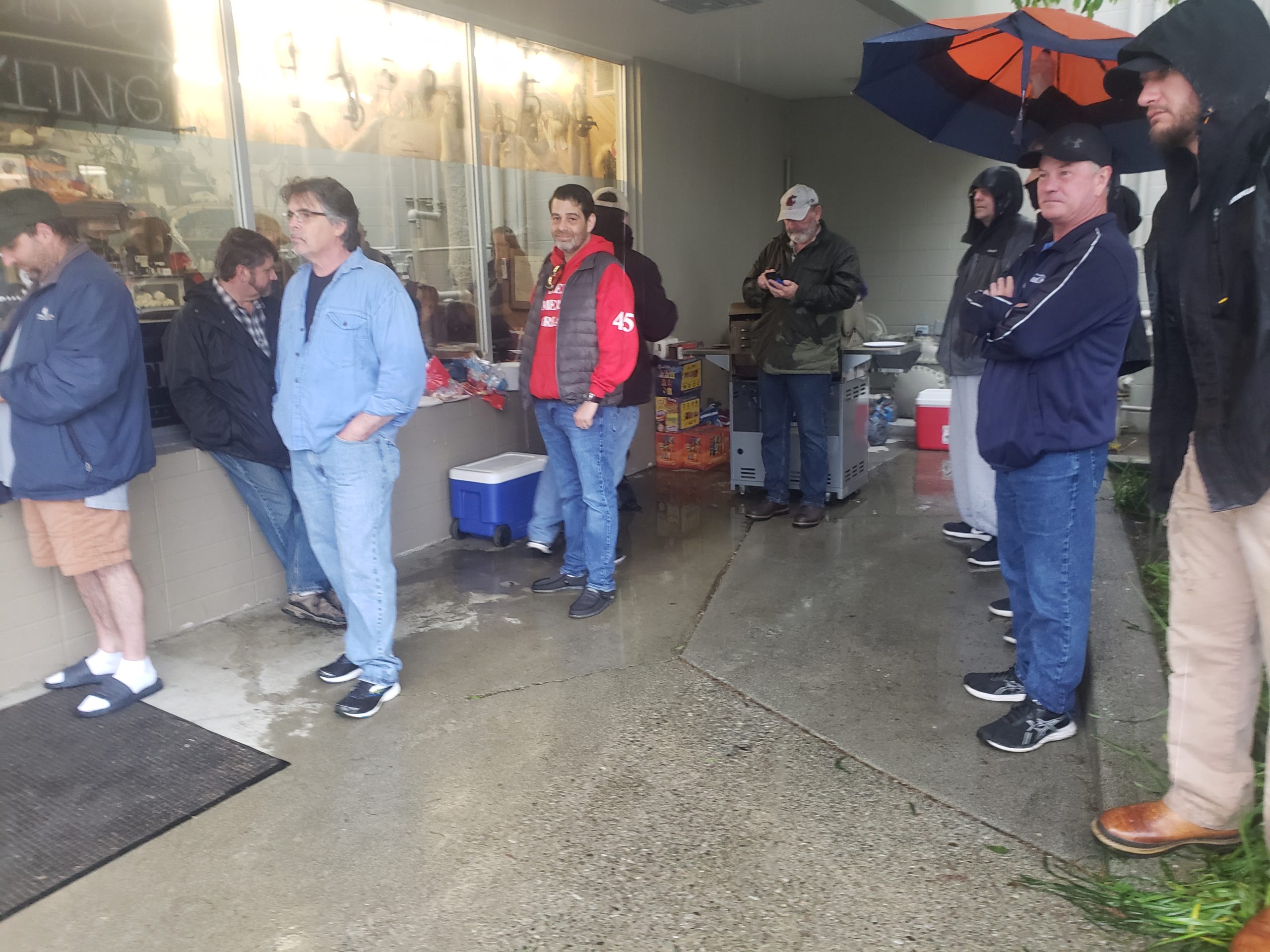 At the time of these photos, the shop was only scheduled to be open for another two hours. Unless those operating hours changed to accommodate the line, then a number of these clients will need to return another day.

“I spent a few years in the Marine Corps,” Martin said. “I’m just not concerned about it.”

For now, Martin hangs a sign in his front window sarcastically claiming to be an “essential service.”

He is not, though, at least not according to Governor Inslee.

But this barber cuts the governor no slack.

“He needs to grow a set of gonads and stand up for what’s right,” said Martin. “If you don’t have enough balls to do what’s right, stay home and suffer.” 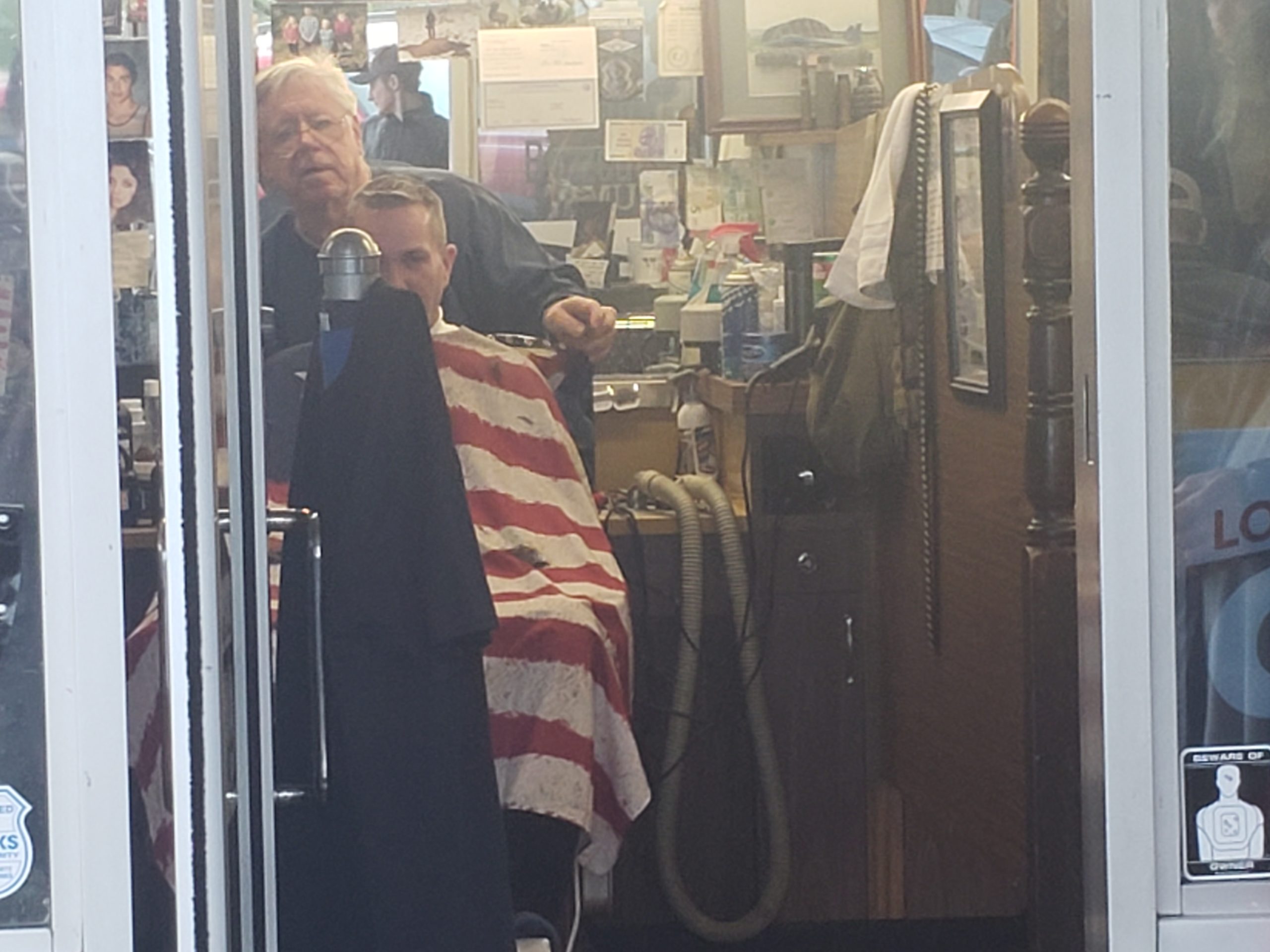