The Most Damaging Moment of Biden’s Interview on Tara Reade 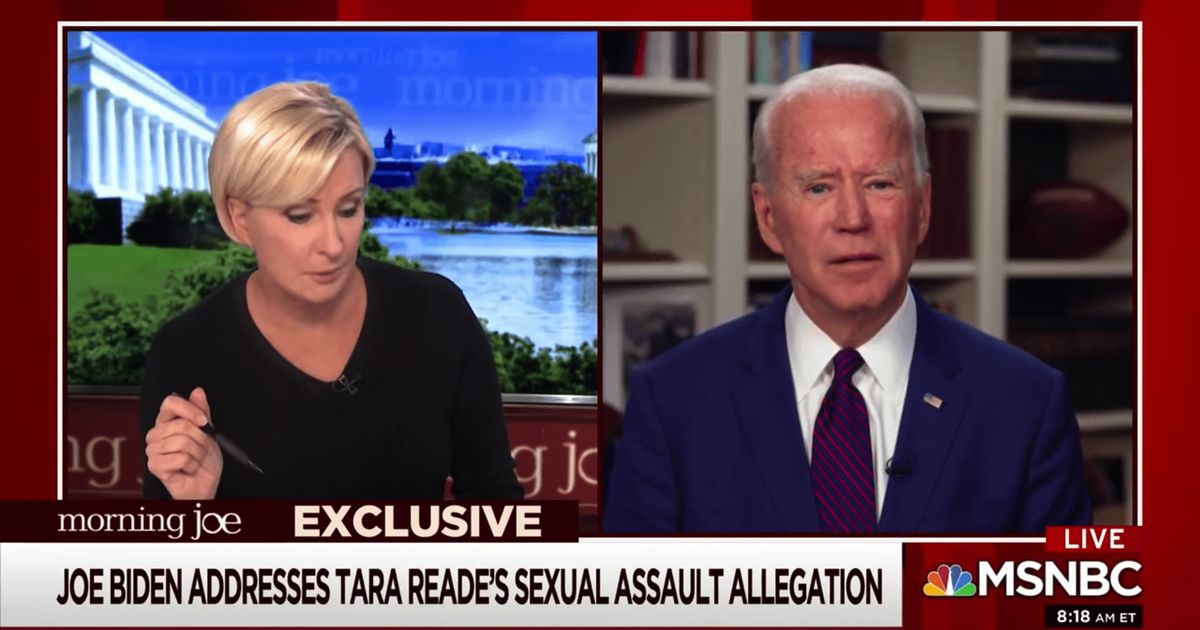 I saw a lot of liberals on social media cheer Joe Biden’s appearance on MSNBC’s “Morning Joe” Friday morning, and I couldn’t help wondering, “Did they actually watch the interview?”


It’s hard to imagine how anyone could have watched that interview and thought Biden did well—especially when he struggled to answer co-host Mika Brzezinski’s questions about why he won’t release his Senate records from the University of Delaware, or allow a search for any records pertaining to Tara Reade. Biden called for such a search of the National Archives, and Brzezinski’s question about his records at the University of Delaware was a reasonable one that he just couldn’t answer. First, he gave a bizarre answer about not wanting classified material being made public, which made little sense.

“The material in the University of Delaware has no personnel files, but it does have a lot of confidential conversations that I had with the president about a particular issue, that I had with the heads of state of other places, that that would not be something that would be revealed while I was in public office, or while I was seeking public office,” Biden claimed. “To the best of my knowledge, no one else has done that either.”

“I’m just talking about her name, not anybody else,” Brzezinski responded. “Nothing classified with the president or anybody else. I’m just asking why not do a search for Tara Reade’s name in the University of Delaware records.”

Biden’s reaction to the question was quite damning: he sat in silence for at least five seconds, dumbstruck.


As we’ve previously reported, Biden’s claim that any records regarding to personnel would be in the National Archives is completely false.

Biden was clearly expecting a softball interview and wasn’t prepared to answer her really easy question about a specific search for records about Tara Reade, the same kind of search he called for at the National Archives, of his records at the University of Delaware. Biden didn’t have the answer, and just froze.

You can’t watch that moment and think Biden, his campaign, or any Democrats were happy with the interview. If Biden thought he was gonna put this issue to bed with this interview he failed miserably. His inability to come up with a coherant answer to explain why he won’t allow a search of his records at the University of Delaware will haunt his campaign.

Matt Margolis is the author of Trumping Obama: How President Trump Saved Us From Barack Obama’s Legacy and the bestselling book The Worst President in History: The Legacy of Barack Obama. You can follow Matt on Twitter @MattMargolis