On Tuesday night, CNN’s Chris Cuomo teamed up with the network’s chief medical correspondent Dr. Sanjay Gupta to dunk on Vice President Mike Pence over his not wearing a mask yesterday during a tour of the Mayo Clinic in Minnesota. Before we get to Cuomo and Gupta’s commentary, let’s recap what happened that started the media-driven uproar.

Of his decision not to wear a mask even as the clinic has a policy of requiring anyone who enters the facility to wear one, Pence explained why he didn’t when questioned about it by reporters:

“And since I don’t have the coronavirus, I thought it’d be a good opportunity for me to be here, to be able to speak to these researchers, these incredible health care personnel, and look them in the eye and say thank you,” he added.

In Cuomo’s report last night, the “Primetime” anchor criticized Pence, saying people in positions of influence should be especially vigilant in following CDC guidelines. He brought in Dr. Gupta to prove his point:

“Does the mask cover your eyes?” Cuomo reacted. “Look, you can make an excuse for anything.”

The CNN anchor then asked network medical expert Dr. Sanjay Gupta, “This is a teachable moment. Of course, if you’re supposed to wear a mask, then you should wear a mask, but that’s not the lesson. If you think you have 100 percent confidence because you tested negative, once, twice, three times, Sanjay, isn’t the reality is that we don’t know that you’re 100 percent not contagious when you test negative and that test is as only good as the day it’s on?” Gupta agreed.

“Look, I’m not into the gotcha game. I think it’s a waste of time, I think people are turned off by it, but all I’m saying is at some point, you’ve got to start being able to take any kind of responsibility for anything that’s negative at some point,” Cuomo said. “I mean, this administration has never done a damn thing wrong, ever, and they just can’t own it.”

Watch an abbreviated version of the segment below, where Cuomo also whines about how people will “attack me” rather than Pence over the report: 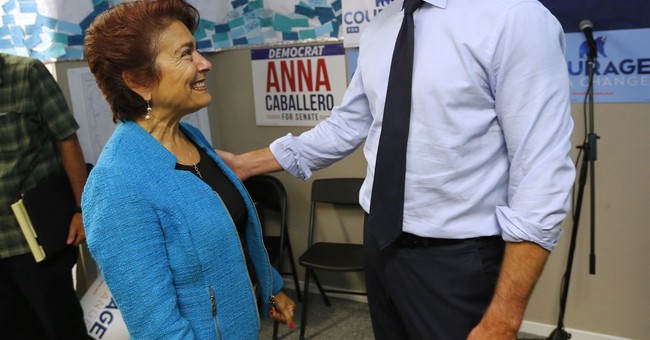 The irony of Chris Cuomo lecturing anyone about not following CDC guidelines and not taking responsibility when you do something wrong was simply stunning, especially when you consider how Cuomo himself broke his Wuhan coronavirus quarantine on Easter Sunday by venturing out to his under-construction East Hampton home with family members, where a fellow New Yorker called him out for breaking quarantine.

On his radio program the next day, Cuomo referred to the 65-year-old bicyclist who called him out as a “jackass, loser, fat-tire biker”, and also complained about his cushy CNN gig.

Just days later, Cuomo and CNN aired a staged video showing him coming out of the basement of his home, insinuating it was the first time he had been out since he was diagnosed with the virus.

To date, no one at CNN, not Cuomo, nor his colleagues have acknowledged on air or on social media that he failed to follow not just CDC guidelines but his own brother’s (ya know, the Democratic governor of NY) suggestions on quarantining yourself after you’ve come down with the virus.

Instead, Chris Cuomo and other CNN anchors and journalists have continued to hammer ‘stay at home’ protesters for not wearing masks, not social distancing, and failure to comply with their Democratic governors and their stay at home orders.

Clearly, CNN has one set of rules for themselves, and another set for everyone else.