It’s Not Really an Endorsement, Though 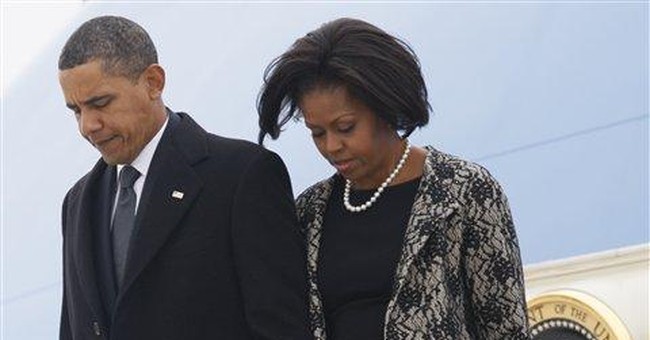 As my colleague Nick Arama covered in detail, it Obama posted a video online giving Biden all the props and applause he could, saying he was “so proud” to endorse the guy who has a hard time remembering where is in any given situation.

“The kind of leadership that’s guided by knowledge and experience, honesty and humility, empathy and grace. That kind of leadership doesn’t just belong in our state capitols and legislatures, it belongs in the White House, and that’s why I’m so proud to endorse Joe Biden for president of the United States,” said Obama in his video.

From the view of Democrats, Obama was their messiah. His word was gospel, even if they defied the actual gospels. I’m 90 percent sure that some people thought that if he was slain, he would rise again in three days, promise to return to the White House and lead all them all in a final battle against the Republican capitalist white Christians that have oppressed everyone who isn’t them since the dawn of time.

For the longest time, their lower-case “g” god remained silent as gods often do, especially when it came to the endorsement of a candidate for Democrat. This silence was striking, especially since one of the guys in the race was his former running-mate and eight-year VP, Joe Biden. If anyone knows Joe, it’s Obama.

If Biden was that great, then Obama would have graced him with an endorsement early on, but he didn’t. In fact, as Nick Arama makes clear in her article, it’s reported that Obama tried to talk Biden out of it and warned his staffers to keep him under control so that he doesn’t embarrass his legacy…or at least what legacy he has left to embarrass thanks to Trump.

Only now that there is no other choice and all other contenders have been eliminated does Obama dare step down from his high-throne to bequeath his blessing upon Biden.

As such, the blessing so highly sought after means absolutely nothing. Obama’s not endorsing Biden because he has any confidence in him. I’m not even sure if he likes him, given the fact that the two have hardly been seen hanging out together after Obama’s term was up.

Obama’s endorsing Biden because he has to. He’s endorsing Biden in the same way that a woman has to “endorse” a roadside gas station bathroom in the middle of nowhere that hasn’t been cleaned in three years because if she doesn’t, there will be trouble.

He wants the Democrat party to at least have some chance in succeeding and if the Democrat’s holiest of holies doesn’t endorse the candidate it just further kills morale. Seeing as how he doesn’t have a choice, Obama has to relent to pulling over and using the only option he has at this moment.

I’d love to know who Obama would truly like to endorse, if anybody, but it sure isn’t Biden.