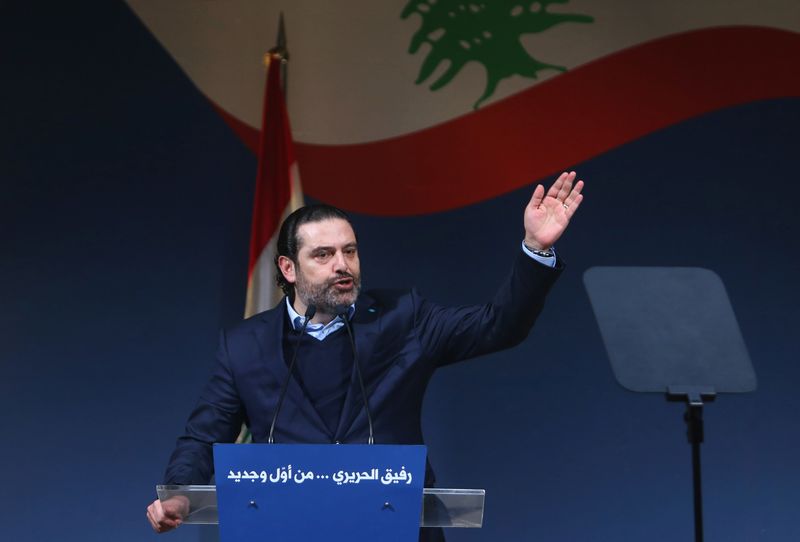 BEIRUT (Reuters) – Former Lebanese prime minister Saad al-Hariri on Friday criticised the government over a draft programme for tackling a major financial crisis, saying it appeared on course for an “economic suicide plan”.

The draft that surfaced this week included a proposal for a “a transitory exceptional contribution from large depositors” as part of measures to address huge losses in the financial system, among other politically difficult measures.

“Since the formation of this government it has been promising Lebanon and the world an economic salvation plan,” Hariri, the leading Sunni politician in Lebanon’s sectarian system, wrote on Twitter.

“But it seems that it is heading towards a… suicide plan built on confiscating the money of Lebanese deposited in the banks.”

Parliament Speaker Nabih Berri, the Amal leader, is also strongly against any haircut on bank deposits, calling them sacred.

Finance Minister Ghazi Wazni, in comments to an-Nahar newspaper on Friday, said the government plan “did not yet get to restructuring the banking sector and it is still studying the available options”.

The draft plan said a phased restructuring of commercial bank balance sheets would include a full bail-in of existing shareholders estimated at $20.8 billion in capital write-offs, with the remaining $62.4 billion covered by the “transitory exceptional contribution from large depositors”.

A special fund would compensate depositors’ losses, with the proceeds coming from a programme that will track and recover ill-gotten assets.