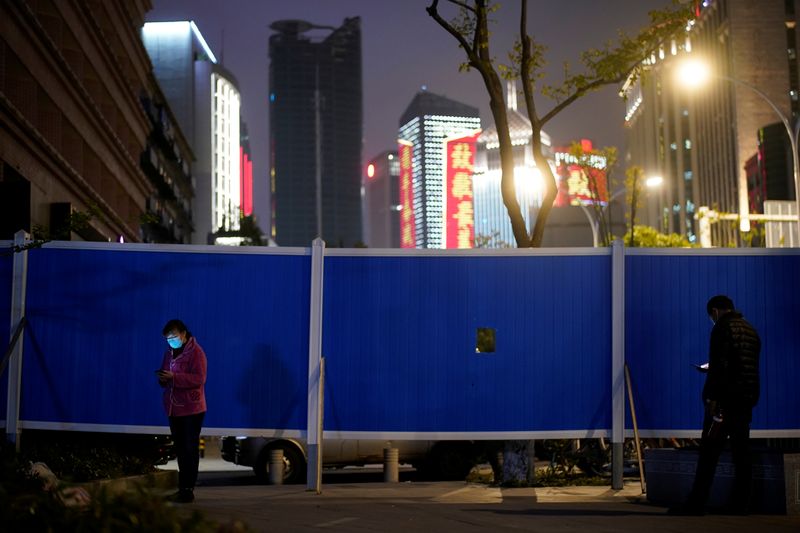 WUHAN, China (Reuters) – The top official in Wuhan, the epicentre of the coronavirus epidemic in China, warned residents to stay vigilant and avoid going out, even as the latest data showed a decline in new cases in the mainland and zero new infections in the city.

The country where the virus emerged late last year will hold three minutes of silence nationwide on Saturday to mourn the thousands of “martyrs” who died in the fight against the epidemic, the official Xinhua news agency reported.

Air raid sirens and horns of automobiles, trains and ships will “wail in grief” after the minutes of silence are observed at 10 a.m. (0200 GMT) across the country, Xinhua said.

China appears to have curbed the epidemic through draconian restrictions that paralysed the country for two months and effectively shut down the world’s second-biggest economy.

The National Health Commission on Friday reported 31 new cases, compared with 35 a day earlier and down dramatically from the height of the crisis in February. All but two of the new cases involved travellers from overseas.

Total number of infections in the mainland, which excludes asymptomatic patients, now stands at 81,620, while the death toll rose by four to 3,322. Worldwide, the number of cases has topped 1 million, with at least 52,000 deaths.

Beijing has pushed the country’s industries to go back to work as the epidemic eases, hoping for a quick recovery from what many analysts expect to have been a deep contraction for China’s economy in the first quarter.

Top officials however remain concerned about the risk of a second wave of infections.

Wuhan Communist Party chief Wang Zhonglin said the threat of a rebound in the central city’s coronavirus epidemic remained high and ordered residents to avoid leaving their homes unless it was necessary to do so.

The comments came about two weeks after officials eased the total lockdown of Wuhan and allowed some its 11 million inhabitants to go outside for the first time since Jan. 23, though they were still not able to leave the city.

The capital of central Hubei province has been the hardest hit by the virus, with 50,007 cases reported.

The city is scheduled to allow people to travel outside the city on April 8, and volunteers in hazmat suits have been spraying public areas with disinfectant in preparation for an increase in activity.

Restrictions have been gradually reimposed in other parts of China as well, including closures of cinemas that had been permitted to reopen.

A county in the central province of Henan on Wednesday banned people from leaving without proper authorisation and prevented residents from leaving their homes for work without clearance following several coronavirus infections in the area.

Top officials are also ordering local health authorities to step up detection, monitoring and supervision of the infected patients who do not show symptoms.

Wuhan alone reported 51 new asymptomatic cases and said 705 people who had the virus but showed no symptoms remained under medical observation.

Beijing has also indefinitely banned foreigners from entering the country to curb cases involving travellers from overseas, though it has chartered planes to repatriate Chinese nationals in countries with severe outbreaks.

(Reporting by Brenda Goh in Wuhan and Ryan Woo and Lusha Zhang in Beijing; Writing by Se Young Lee; Editing by Lincoln Feast and Stephen Coates)